Vegan pork and chicken products could be next on the agenda for plant-based meat company Impossible Foods.

Up until now, the brand has focused most of its attention on developing and marketing its “bleeding” vegan meat patties. Its efforts have been successful; the Impossible Burger is available on restaurant menus across the U.S., as well as in Hong Kong, Singapore, and on Air New Zealand. On the latter, it’s just as popular with travelers as beef.

The company also recently released the new and improved Impossible Burger 2.0, which, according to the brand, is even meatier and more delicious than its predecessor.

But there’s even more going behind the scenes, according to Impossible Foods’ director of national expansion Jordan Sadowsky. He told Food Navigator that product development for new vegan meats — such as chicken and pork — is currently happening, although it is not confirmed when any new products will be released. 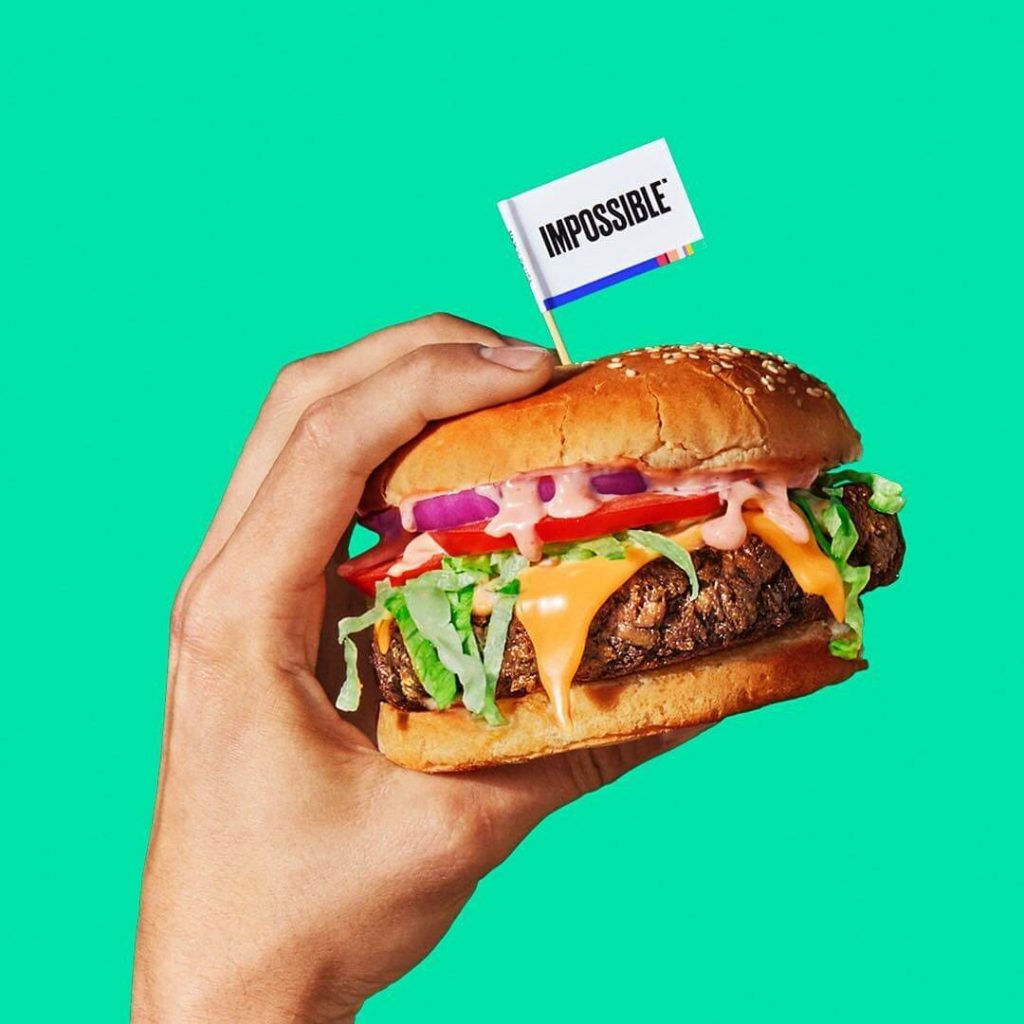 Like the “bleeding” burgers, any new offering from the company will be as meaty as ever, in line with its mission to transform the food system and promote a shift away from animal-based meats.

“[When it comes to plant-based foods, basically] people have been looking for a reason to not have to make a compromise when eating [meat],” said Sadowsky. “So, [as we can provide] everything that they like about meat but [without] having to deal with the health or environmental issues, people are just eager to try it.”

As well as chicken and pork, steak could also be on the cards for the company. Founder Pat Brown revealed at January’s Consumer Electronics Show (CES) in Las Vegas that releasing a vegan steak is a priority for Impossible Foods, because of its “huge symbolic value.”

He explained, “If we can make an awesomely delicious world-class steak… that will be very disruptive not just to the beef industry, but to other sectors of the meat industry.” He added that the food industry needs to combine with technology, to force it to evolve.

“Food is the most important technology on our planet. It’s literally required for life,” he said. “It’s also been failing to innovate for about 10,000 years. That’s when humans started killing animals and cooking them as a cheap source of protein.”