Described as a “delicious, guilt-free crunch,” Snacklins — which are 80 calories a bag — are made from just three simple ingredients: yuca, mushrooms, and onions.

Founder Samy Kobrosly told “Shark Tank” investors during his appearance on the ABC reality TV show last October, “they’re made with real ingredients that a six-year-old can pronounce.”

Kobrosly owns 30 percent of the company; he gave a 10 percent stake to each of his employees, and his angel investors and some family members also have stakes in the business. Cuban — who has been on “Shark Tank” since 2011 — said that Kobrosly’s decision to give employees a stake each was “awesome.”

Snacklins are currently available in 850 stores nationwide, including select Walmart, 7-Eleven, and Whole Foods locations. Kobrosly thinks he can take the business even further, with a little help.

“I think a strategic partner like you is what I set this up for,” Kobrosly said to Cuban. “I used to own 100 percent of nothing. I am living the American dream. I am a Muslim, first-generation American, who is now pitching a vegan pork rind on ‘Shark Tank.'” 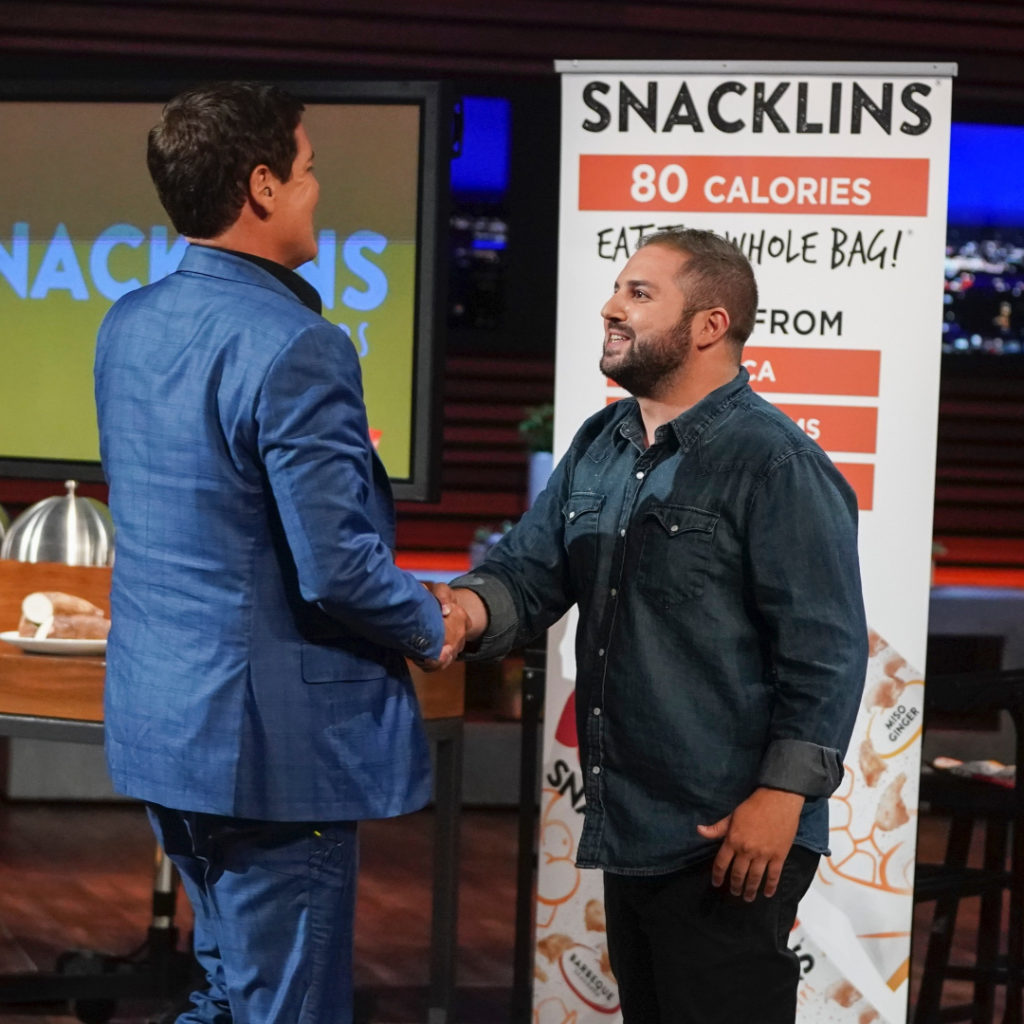 Snacklins isn’t the first vegan brand Cuban has expressed interest in. Los Angeles-based vegan fried chicken startup Atlas Monroe also recently appeared on the show. Cuban said during the episode, “I went vegetarian three months ago. This is important to me. I love products I can eat.”

Together with guest shark Rohan Ozo, Cuban offered Atlas Monroe a deal, which the brand declined. The pair offered $1 million for Atlas Monroe with a 10 percent royalty for founders Deborah and Jonathan Torres, but the couple didn’t want to give up control of their brand.