Starbucks is increasing its vegan options both on its drink and food selections around the world. And its latest treat is no exception.

Customers visiting South Korean Starbucks locations can now get their hands on freshly-made vegan Banana Pecan Pound Cake. But if you want to give it a try, you’ll have to move quickly. According to Instagram account Kimcheeko, some stores only receive five pieces of the cake every morning.

Starbucks also serves a selection of dairy-free milk — including soy, coconut, and almond — and many of its specialty drinks can be made dairy-free.

The chain pledged last year to increase its vegan options, and it’s living up to its promise. Earlier this year it launched Tie-Dye and Tik Tok inspired drinks that can be made vegan. It also added vegan mac ‘n cheese and breakfast burritos to select locations. 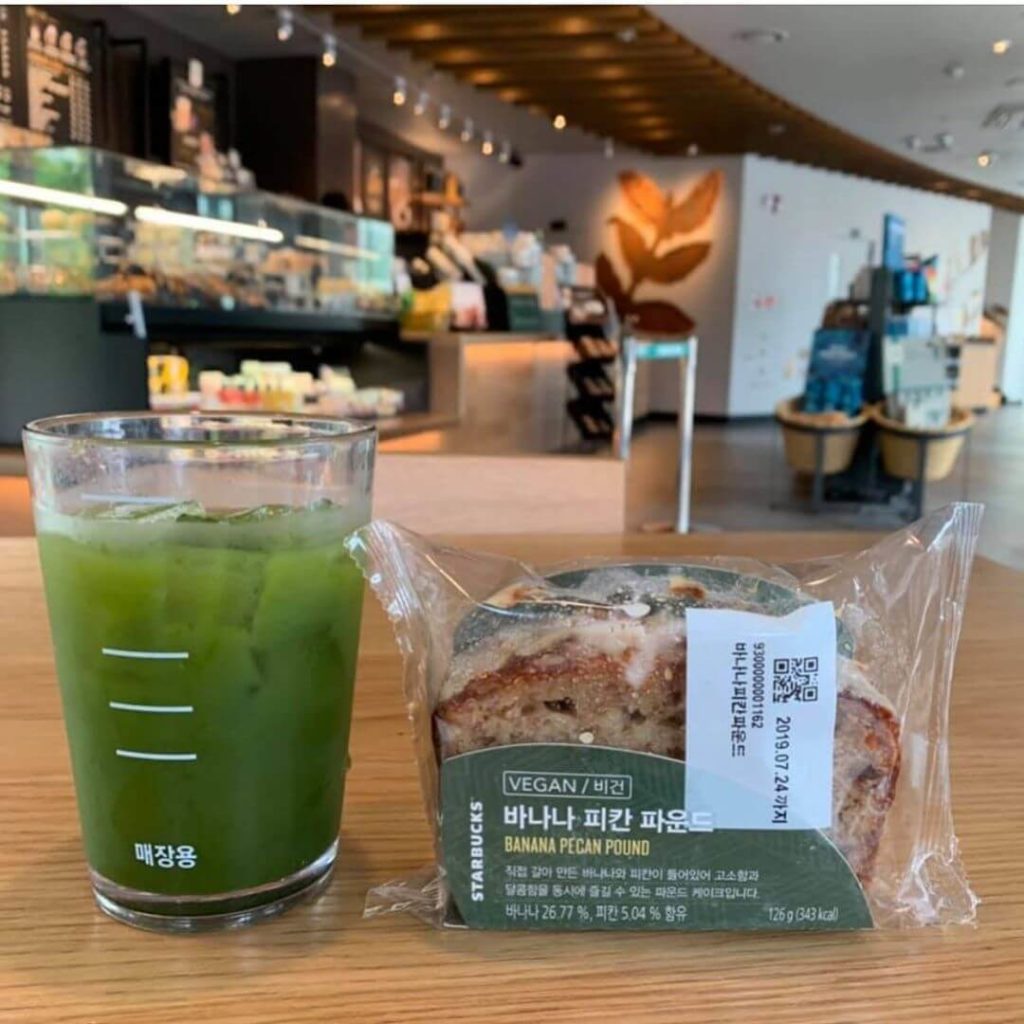 The chain is becoming more environmentally-conscious. Aside from offering more vegan options, it has taken additional steps toward increased sustainability. By 2025, it aims to run 10,000 of its more than 30,000 stores on renewable energy.

“One of our social impact pillars is sustainability. We are a company that believes in the fabric of mission and values, that the pursuit of profit is not in conflict with the pursuit of doing good,” Starbucks CEO Kevin Johnson said in a statement last year.

The chain is also battling plastic pollution. Last summer, it announced it would remove plastic straws from every single one of its stores; the decision means that one billion fewer straws will be produced every year.

“Starbucks’ decision to phase out single-use plastic straws is a shining example of the important role that companies can play in stemming the tide of ocean plastic,” said Nicholas Mallos, the director of Ocean Conservancy’s Trash Free Seas Program.  “With eight million metric tons of plastic entering the ocean every year, we cannot afford to let industry sit on the sidelines.”