Prince Khaled bin Alwaleed of Saudi Arabia has teamed up with the nation’s Saudi Humane Society to erect dozens of water tanks for stray and wild animals.

Alwaleed took to Instagram to announce his company’s latest venture. “Saudi Humane Society and KBW Ventures [are] working together to install 40 water tanks across Riyadh to feed stray dogs and cat[s] and wild animals,” Alwaleed wrote on his Instagram story, complemented by an assortment of animal emojis.

The tanks, which sport the KBW Ventures logo, are designed to feed and hydrate stray animals that may otherwise go without sufficient nutrition and water. 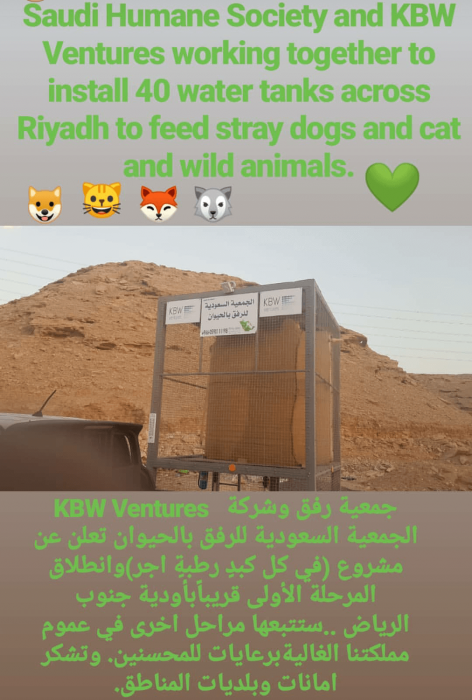 The outskirts of Riyadh are home to a large population of wild and stray animals, especially dogs and cats.

Alwaleed is a longtime vegan. His company, KBW Ventures prides itself on supporting initiatives that “drive the future.” Rather than working for wholly financial gain, it promotes its ethos of being “about more than money, much more.” Alwaleed is a passionate investor and frequently spends money growing plant-based businesses and accelerating vegan or sustainable initiatives. His professional affairs are at the helm of why he is a celebrated leader not only in his country but also throughout the globe. 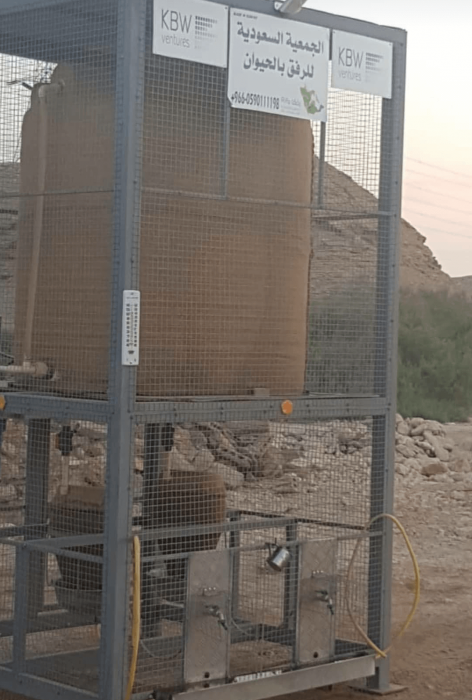 Just days ago, Alwaleed attended the 2018 Nexus Global Summit, held at the United Nations Headquarters in New York City. The three-day programme united “next-gen” leaders from 70 countries to tackle some of the most pressing issues. The powerful summit discussed innovation, creativity, and sustainability within the food, fashion, and packaging stratospheres. Part of its goal was to gather ideas from the group of leaders to cut waste from supply chains, expel the microplastics epidemic, and redefine how populations think about agriculture.

Just last month, Alwaleed partnered with acclaimed plant-based chef Matthew Kenney to launch a new venture, called Folia. The Folia company has made its debut by premiering a limited-edition vegan menu at the Four Seasons Hotel in Beverly Hills. Ultimately, the initiative is set to expand to food outlets across the globe. It’s designed to be “agnostic to how we introduce plant-based food,” Alwaleed told LIVEKINDLY at the time. “The sky is the limit.”