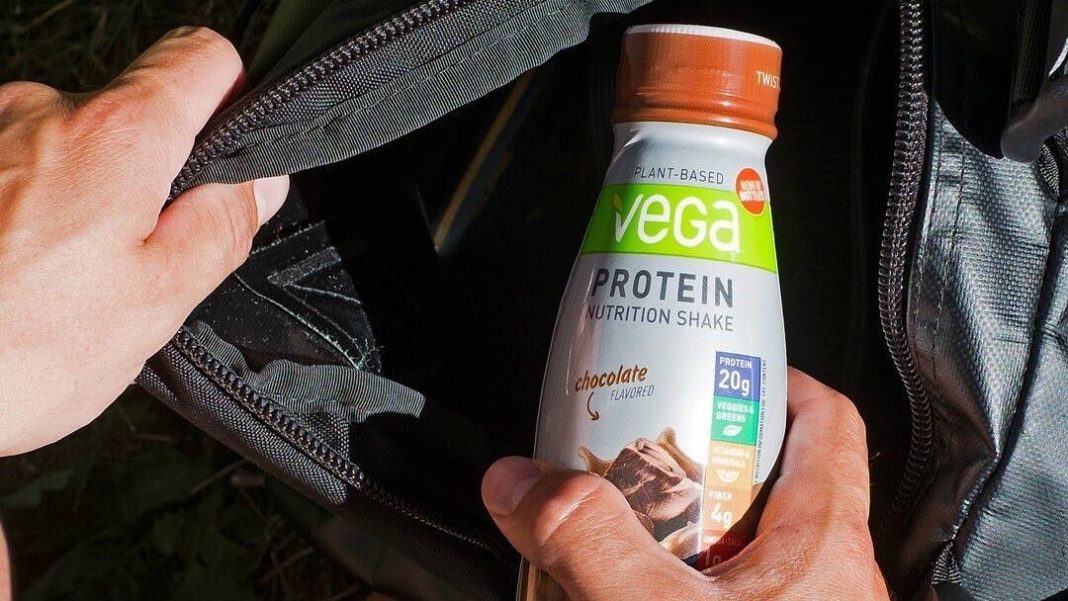 According to a recent survey by market research firm BrandSpark, the Ironman triathlete Brendan Brazier-fronted vegan protein brand Vega is the consumer choice when it comes to protein powders, beating out all other brands including those made from whey or milk.

The survey polled 17,000 consumers. It’s the largest consumer goods poll in Canada aimed at providing a snapshot of consumer shopping habits and preferences.

“Tens of thousands of Canadians told us in their own words what brands they trust and why,” BrandSpark president Robert Levy said in a statement. “The winning brands are those that deliver a fundamentally superior experience, and are validated by multiple sources in the consumer’s network.”

Don't forget to pack some fuel for your next adventure. The Vega Protein Snack Bar and Vega Sport Protein Bar have got you covered for whatever challenge awaits. Thanks @bodyenergyclub for sharing. Tag your pics with #VegaTeam for a chance to be featured. Shop link in bio.

The news comes as Canada’s new dietary guidelines advocate a marked shift away from dairy, dropping all dairy recommendations except for a small amount of milk. The nutrition guidelines stand in stark contrast to previous dietary guidelines which recommended four servings of dairy per day, including cheese and yogurt.

Regular intake of plant-based foods, so vegetables, fruit, whole grains, and these plant-based proteins can have positive effects on health,” Director General, Office of Nutrition Policy and Promotion, Hasan Hutchinson, said in a statement.

Canada made headlines last year when a launch at more than 900 A&W restaurants across the country made it the largest fast-food chain in the world to offer the vegan Beyond Burger. The launch proved successful with locations selling out in a matter of hours.

The country has also taken a business interest in the development of vegan protein. Last year the Canadian government invested $150 million into the Protein Industries Supercluster Canada, a nonprofit working to help establish Canada as the leading market for plant-based protein. Filmmaker James Cameron and his wife Suzy Amis Cameron have invested in a vegan pea protein production facility in Canada called Verdient Foods Inc.

Amis Cameron is also the founder of the One Meal a Day (OMD) campaign and book. The organization will be coming to market this year with a range of vegan meals under the OMD label. It will feature Canadian pea protein from Verdient Foods.