East end pub, The Spread Eagle, opened today. Just like any other local, it offers a range of alcohol, and proper pub grub, the only difference is it’s all vegan.

Owned by Meriel Armitage and Luke McLaughlin, the pub will 100% vegan, from the alcohol to the food to the seats you sit on. Armitage has been vegan for 10 years now, and she’s confident her new establishment will show people just how ordinary being vegan can be: ‘Just because food’s ethical doesn’t mean it can’t be naughty,’ Armitage told the London Standard. ‘We’ve got something on the menu that looks like the best Mexican fried chicken burger ever. It tastes like it too. You blow people’s minds when they find out it’s vegan.’ 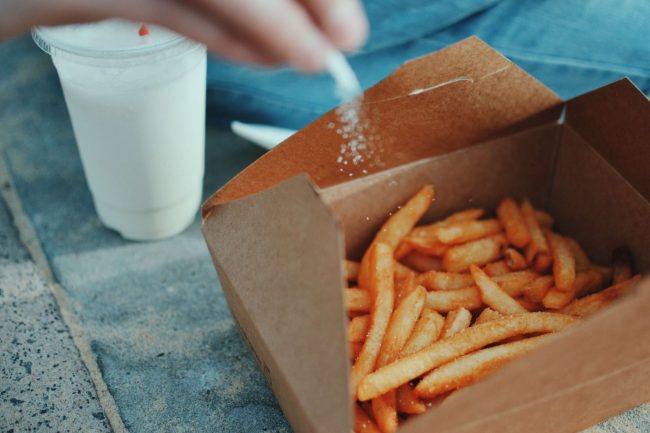 Alongside the fried chicken burger, the pub will serve ‘scallops’ made of mushrooms, nachos with vegan chorizo and cheese and even a beer-battered to fish and chip burrito!

On top of that, all the alcohol is vegan. Not everyone is aware but sometimes brewers use animal products in order to refine their products such as egg whites, isinglass (fish bladders), and gelatine.

With Veganuary well underway, and most people in the middle of their second week of veganism it’s likely many across the capital will be flocking to The Spread Eagle to get a taste of what it means to be vegan and still indulge in proper good grub.