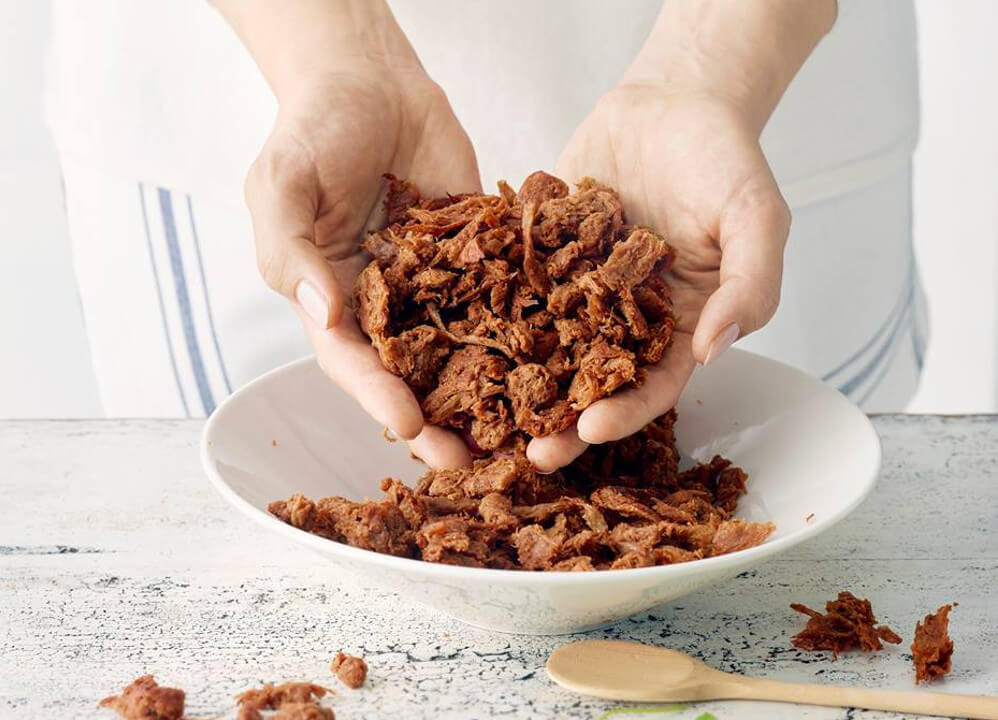 Finnish food company Gold & Green is looking to make an impact in the plant-based meat industry with a newcomer to the vegan meat game, a product called Pulled Oats.

Made from locally-grown oats (more specifically, a blend of oat bran, whole grain oat flour, and oat protein), pea protein, faba bean protein, oil, and salt, Gold & Green developed the product due to “the lack of deliciousness in the world of plant-based proteins.”

According to the company’s website, co-founder of Gold & Green, Maija Itkonen, the thought of developing her own plant-based protein product in 2014 when she read a New York Times headline titled “Fake meats, finally, taste like chicken.”

A lifelong vegetarian, Itkonen did not understand the desire for plant-based meat to taste like “the real thing,” and began thinking about how she could create a vegan meat alternative that provides the protein and texture of animal-based meat without replicating the flavor outright. It was then that she thought of the idea of oat meat. Shortly after that, Itkonen reached out to high school friend Reetta Kivelä, a food scientist specializing in oats.

Although Kivelä was skeptical regarding whether or not oats could successfully replicate the texture of meat, she agreed to help Itkonen in her quest to develop a new kind of plant-based protein. Together, the pair spent hours and days working in the lab to bring their vision to life. Eventually, they were able to develop a mechanical process of “pulling” oat fibers and legume proteins, which led to the creation of their signature product, Pulled Oats. According to the company, this process “gives it a nice, juicy character and a chewiness with just the right resistance.”

Public reception of the product has been positive. According to Saveur, the first official batch of Pulled Oats sold out in Helsinki’s largest department store in 11 minutes. Vice Munchies reported that the company’s Pulled Oats were offered as a meat at Finland’s first Taco Bell, which opened last year. According to the reporter who tried Pulled Oats in a taco, the taste and texture “is highly deceptive and surprisingly good. It confused the hell out of this carnivore.”

Gold & Green’s pulled oats are also deceptively high in protein, containing nearly 30 grams per serving, which is more than a serving of beef or chicken, and contains all nine amino acids, making it a “complete protein.” It is also completely free from GMOs, preservatives, filling agents, and other additives.

Sales of plant-based proteins have tripled since 2016 as more consumers choose to buy plant-based food for various reasons, ranging from health and climate change to animal welfare. According to a recent report by Persistence Market Research, the global plant-based protein industry is set to reach $16.3 billion by 2026.