Made with soy, the protein-packed plant-based pork is part of the brand’s Veggie Meal Starters range and can be added to a variety of dishes, from burritos and quesadillas to jacket potatoes, stews, and curries.

It’s already received rave reviews, with some customers claiming that it tastes so pork-like, you might have to double check it’s not real. “Literally the best pulled pork option out there,” said one reviewer. “I would have thought it was real, honestly.”

They continued, “If you’re vegan, this is the only option you need for a meatless pulled pork sandwich.” Another added, “with the right bbq sauce and a nice fluffy bun, this is an absolute pleasure of the mouth.” 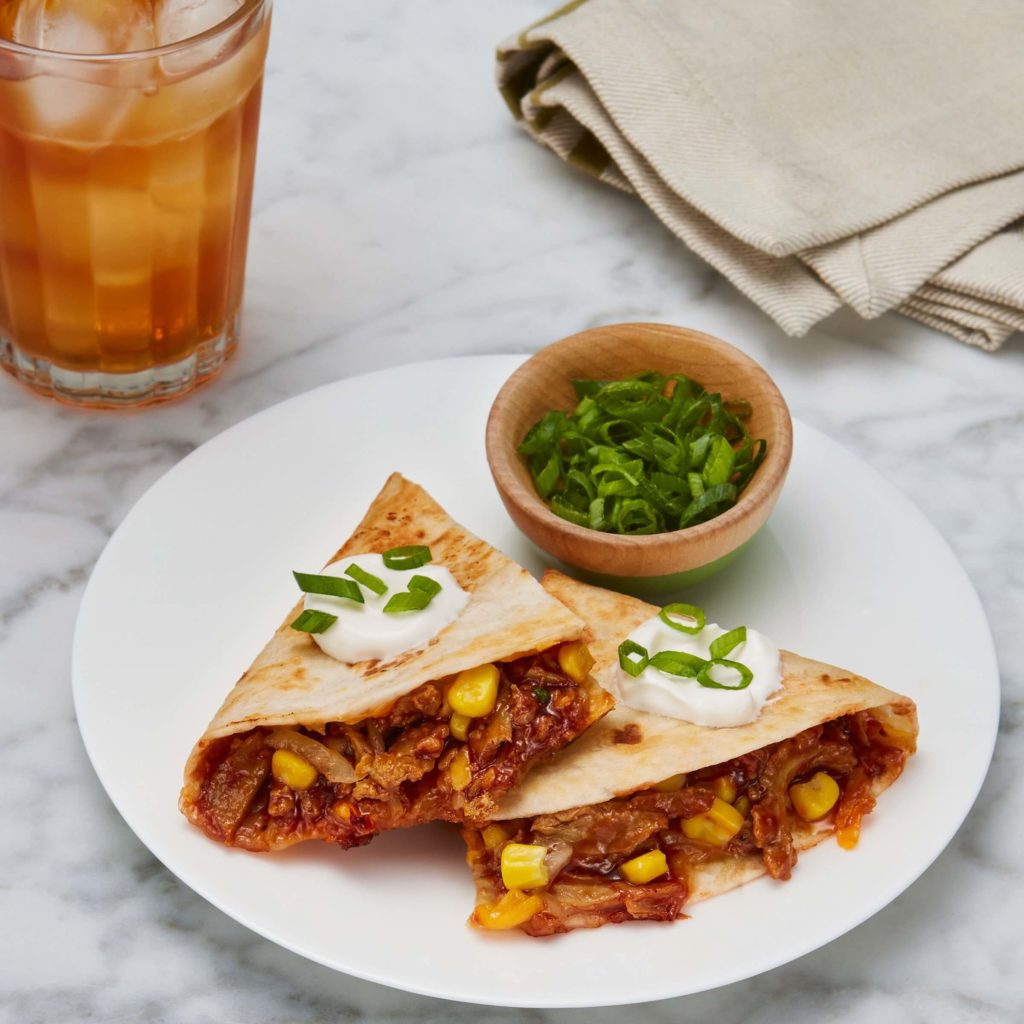 Although it offers vegetarian food, which is made with eggs, the veggie meat brand labels itself as a “plant-based pioneer,” and is working towards plant-based innovation and “a greener world.” By 2021, it hopes to transition all of its products to a fully vegan recipe list, removing 300 million eggs from its annual production, and reducing its land and water use significantly.

The old-school veggie brand says on its website, “[It] seems like everywhere we turn right now, people are talking about plant-based-this and plant-protein-that. And we couldn’t be happier.”

“See, we’ve been making and innovating better-for-you, better-for-the-planet veggie foods since the very beginning,” it continues. “Over 40 years of spreading plant-based love through everyday food for everyday folks.”

“No futuristic franken-food or all-or-nothing activism,” it adds. “Just uncompromisingly delicious vegetarian and plant protein takes on America’s favorite foods, for every appetite and every part of the day.”

Aside from MorningStar Farms’ products, Walmart offers a host of vegan options, ranging from meat, cheese, milk, and mayonnaise to cereal to fishless tuna and shrimp. It even offers a vegan baby care range, designed by actor and activist Kristin Bell.

Poultry Publication Fears Plant-Based Meat Will ‘Take Over’ the World