You can get vegan pumpkin spice Dole Whip at the Aulani Disney resort in Hawaii. The autumnal soft-serve is now available at the Ulu Cafe; but only if you order it from the secret menu.

Dole Whip is a popular Disney staple and has achieved a cult following among park attendees. The pineapple-flavored soft serve is 100 percent vegan since 2013 and has always been dairy-free. Its seen multiple iterations, including orange, raspberry, lemon, lime, and mango. There are even dairy-free cone options. According to Disney theme park blog Inside the Magic Kingdom, there are alcoholic Dole Whip drinks, like the Dole Whip mimosas for brunch at Wine Bar George in Disney Springs. 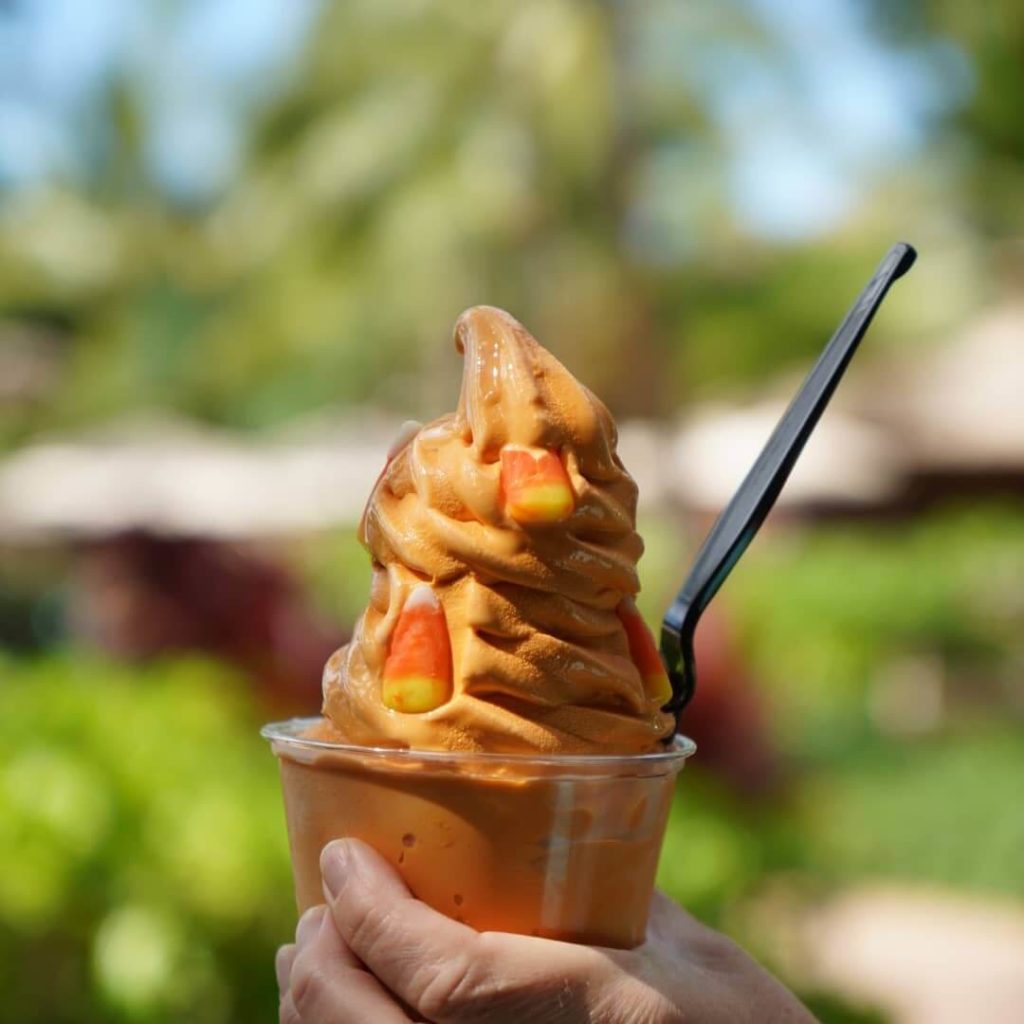 The pumpkin spice Dole Whip is just one of the plant-based menu items available at Disney. Snacks such as butter-flavored popcorn and Mickey-shaped pretzels have been vegan-friendly for some time, and the company is launching hundreds of new dishes next month.

“If you’re craving tasty plant-powered snacks and treats during your visit, you can explore more than 400 craveable dishes,” Thomas Smith, Editorial Content Director at Disney Parks, wrote in a blog post.

Universal Studios in Orlando, Florida has also added vegan options to menus in seven restaurants. These include items by Impossible Foods, Beyond Meat, Gardein, and Follow Your Heart.

The changing menus at Disney and Universal Studios parks reflect the growing popularity of plant-based diets with both vegans and flexitarians. As consumers become more conscientious about their consumption of animal products, companies are responding with more varied food options.