In the modern age of the food industry, determining what’s for dinner has never been easier. Thanks to a rise in technology and an increased interest by innovative entrepreneurs, we have so many options at our disposal to obtain our next meal. Some still follow recipes from cookbooks, while others become regulars at their local takeout joint, but now, there are meal delivery apps and meal kit subscriptions which open up entirely new dining possibilities. We can order a gourmet meal on an app, or have our groceries shipped and prepped for us for a semi-homemade meal. Although trending now, Purple Carrot was the first meal subscription kit to offer a completely vegan program. Founder and CEO Andy Levitt sat down with LIVEKINDLY to talk about plant-based food, cooking at home, and the boom in business.

Like many, Levitt was inspired by a vegan-leaning documentary. The film was “Forks Over Knives,” which focuses on the health benefits of the plant-based diet. However, instead of simply deciding to go vegan, Levitt was motivated to start a business. “For me, it was this incredible lightning bolt moment where I turned to my wife and said, ‘That’s what I am going to do!’,” he explained. An entrepreneur since childhood, Levitt was unphased by the cautionary warnings of his friends and family. “Most everyone told me I was crazy – and that was a good sign that I was on to something!” he said. 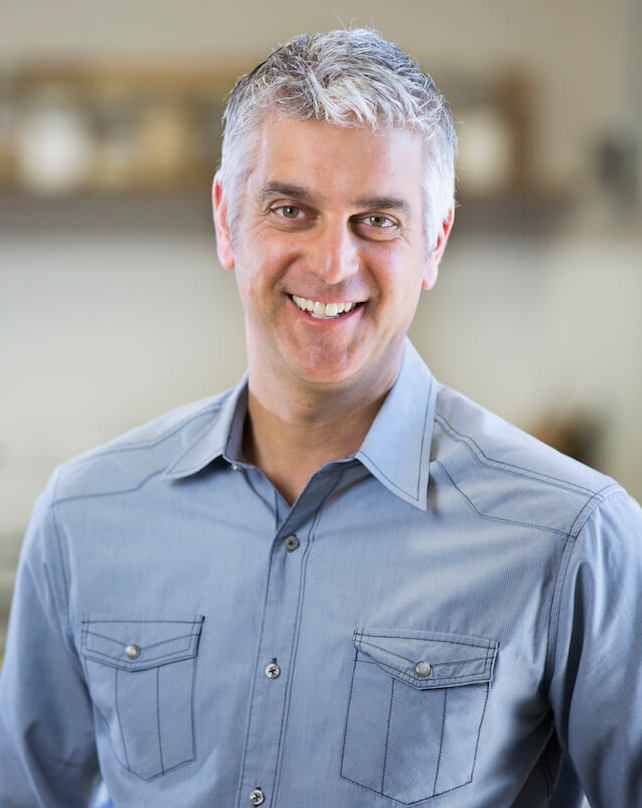 His goal from the beginning was to reduce the population’s mass consumption of animal products in order to decrease human impact on the environment and to improve the health of individuals. Levitt explained, “Currently, one third of the water is being used by the meat and dairy industries. Half of the land in the United States is being used for animal agriculture, which is the single largest driver of greenhouse gas emissions…In addition, there are a number of chronic health conditions such as heart disease, diabetes, and obesity, all of which can be reduced or reversed by incorporating a plant-based diet. The macroeconomic effect on our society would be pronounced if we all shifted our consumption habits just a bit – and that is what Purple Carrot is trying to do.”

Purple Carrot launched in October 2014, marketing itself as “vegan food for non-vegans.” Over four years later, Levitt is proud to say that this angle worked, as 82% of Purple Carrot subscribers are omnivores. Of course, the young company did not come without its challenges. Levitt referred to the Great Salsa Explosion of ’14, which involved FedEx throwing out some of the first boxes due to salsa leakage. The company has grown from that experience and learned how to best package and source its ingredients, ensuring minimal food and packaging waste.

Levitt continued that the company was relatively unknown for the first year of operations, and it wasn’t until he attracted Mark Bittman, cookbook author and food columnist for the New York Times, that Purple Carrot gained national attention. The partnership with football legend Tom Brady in 2017 also helped to bring customers and recognition to the company. The TB12 Performance Meals are inspired by Tom Brady’s TB12 nutrition and fitness program, and as a “part-time plant-based enthusiast,” Levitt believed Brady would be an ideal fit for the Purple Carrots audience. The kits are gluten-free and higher in protein than the standard meals, and they are also more cognizant of soy and refined sugar ingredients.

Whether sticking to the TB12 meals or the core recipes, Levitt promised that each meal contains “the freshest, highest quality products.” The company sources from local farmers and maintains strong relationships with its distributors to ensure this standard is upheld. It also partners with other plant-based companies such as Follow Your Heart, Wildwood Organic Foods, and Sweet Earth Natural Foods to “support and empower other plant-based establishments,” according to Levvit. 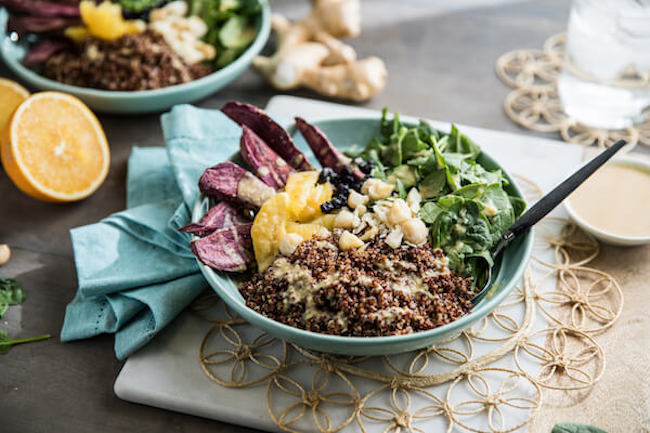 How to Make Perfect Plant-Based Meals

Unlike some of the vegan meal subscriptions now available, Purple Carrot meals require customers to get comfortable in the kitchen. All the ingredients are prepped and measured, but you can’t just poke a hole in a plastic film and pop the dish into the microwave. This is the Purple Carrot advantage. By following the recipe instructions, customers can pick up on various cooking techniques and become more comfortable with making vegetables the center of the plate. Levitt added, “Seeing and controlling every ingredient that goes into your meals helps create a heightened level of awareness about the foods you are eating, and as far as we are concerned, that is really important as we aim to shift people’s perceptions of what they should be eating to help improve their own health and that of our environment.”

So what can one expect when they open a freshly delivered package from Purple Carrot? Buffalo Tempeh Tacos, a Peruvian Jackfruit Torta with Plantain Chips, Korean BiBimBap with Spicy Kale Kimchi, and Tofu Halloumi with Tzatziki Sauce. Levitt mentioned that they take familiar recipes and add a unique twist, so meals are never boring. The company also just released three new meal tracks to provide even more variety and flexibility when choosing their package options. The Chef’s Choice option is ideal for those looking to “expand their culinary horizons” with advanced cooking techniques; Quick & Easy is ideal for those with 30 minutes or less to get dinner on the table; and High Protein speaks for itself, with over 20 grams of protein per entree. 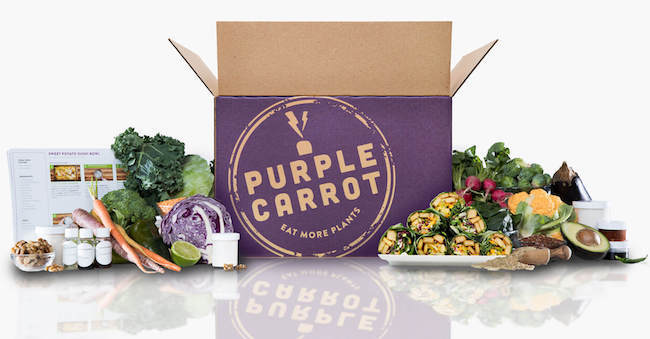 Levitt concluded the interview by offering a few basic cooking techniques to elevate any plant-meal. He stated that everyone should master the simple art of roasting. “It adds such depth of flavor to vegetables and marinated tofu and tempeh,” he assured. “We recommend a high heat (400 or higher), a neutral oil (like coconut), and a healthy pinch of salt and pepper. Roast until the edges of your ingredient are caramelized and the middle tender. You can jazz this up with a fun spice blend, like za’atar, or go even simpler with a sesame tamari marinade.”

In terms of seasoning, Levitt recommended, “Fresh herbs and some acid – be it lemon, lime, or apple cider vinegar – add a bold punch to otherwise lackluster veggies, grains, or tofu. One of my favorite combinations is lemon zest, juice, and fresh chopped dill – great on top of cauliflower steaks or tossed with chickpeas and a touch of olive oil.”

To learn more about Purple Carrot meals and to sign up for your first delivery, visit www.purplecarrot.com.