While the patty itself is vegan, the Rebel Whopper shares a grill with beef products. It’s also served with non-vegan mayo, although it can be requested without.

Toni Vernelli — international head of communications and marketing at Veganuary — has praised the new burger.

“What does make a big difference to animals and the planet is when non-vegans choose a plant-based menu option, enjoy it and then order it again,” he told the Guardian. “And that’s exactly who Burger King’s plant-based Whopper is aimed at.”

Vernelli adds that the new burger is specifically for “flexitarians who want to reduce their meat consumption for health or environmental reasons, or are considering going vegan.”

The plant-based whopper was launched throughout Europe and Ireland in November. Burger King added the Rebel Whopper following the success of similar plant-based menu items in the U.S. and Sweden. Burger King EU is also launching the “Rebel Chicken King,” a plant-based “chicken” patty.

Unilever-owned The Vegetarian Butcher produces the soy and wheat protein patties for the new UK Whopper. 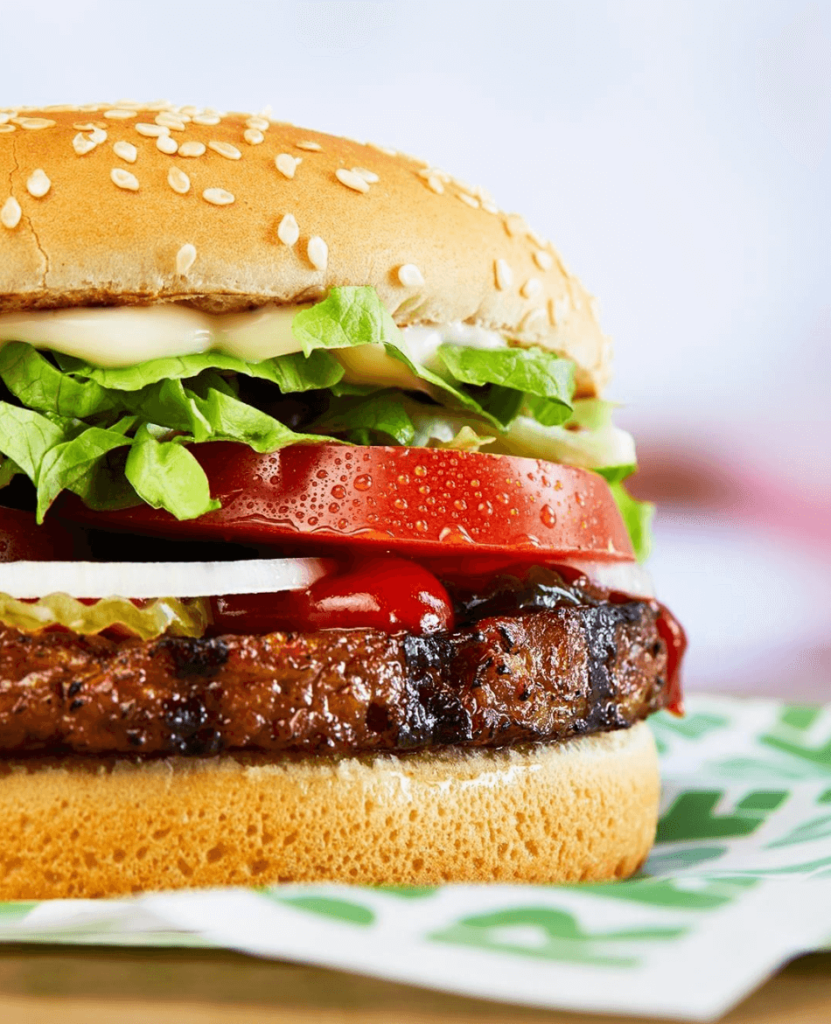 The European launch follows the introduction of the Impossible Whopper in the U.S. earlier this year.

The Impossible Whopper features a plant-based patty made by Bay Area brand Impossible Foods. Burger King saw its sales increase by 28 percent in the month after the initial introduction of the new burger. The company is now trialing three new Impossible Burgers in the U.S., all using Impossible’s plant-based meat.

Burger King is cashing in on interest in vegan food at its restaurants around the world. In Brazil, the chain is trialing the Rebel Whopper in 58 São Paulo locations.

Burger King’s rival McDonald’s has also trialed a new vegan burger, the P.L.T., and recently launched vegan veggie dippers. The chain has experienced positive consumer response to its various plant-based products and previously sold 150,000 McVegan meals in one month during a trial release in Finland and Sweden.

The Rebel Whopper is available for those in the UK with the Burger King app on January 6 and 7. It will be available for everyone from January 8.