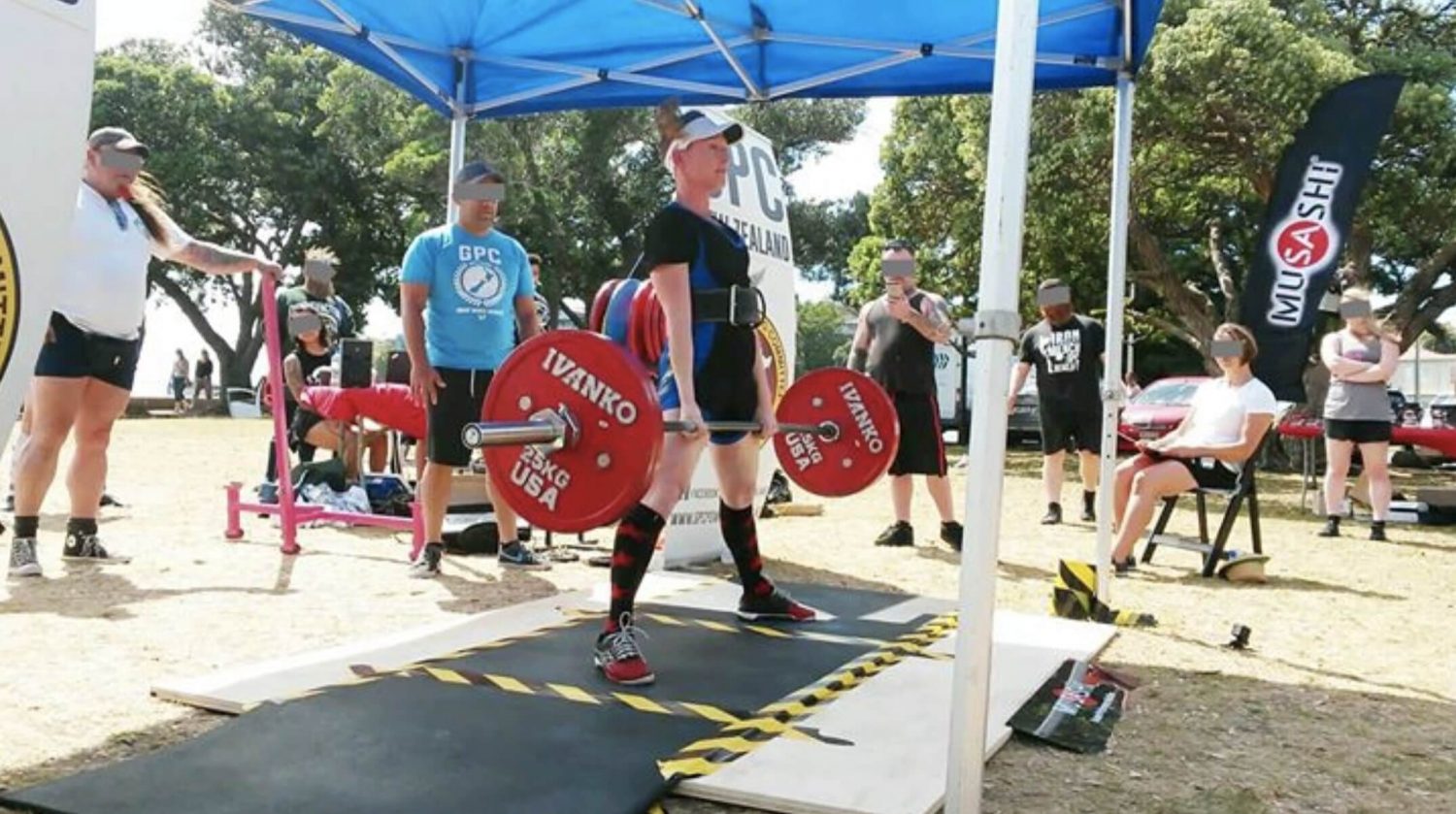 Julia Trezise-Conroy adopted a vegan diet for her health back in 2013 and has been smashing records with plant power ever since.

Following research and embarking on a plant based diet herself, Trezise-Conroy committed to being a full-time vegan for more than just health reasons and not just during competition season.

The athlete said, “if I had known at the age of ten what I know today, I would have been vegan since then.”

Recently, Julia competed in the New Zealand Nationals under 52kg category – where she beat every record in the 3 lift categories she competed in. 90kg squat, 60kg bench, and 130kg deadlift and a record for the highest total are now all under the umbrella of Trezise-Conroy.

Actually whiter than the walls behind me ??? Bring on the U.S. and/or summer so I can get a damn tan! #goals

These aren’t the only winning titles she has acquired this year, she also smashed the under 56kg category’s squat record – boasting a 100kg squat result. Julia told GVA “that made me happy because squats are not my strongest lift.”

After six months of being vegan for health, Trezise-Conroy adopted a full-fledged ethical standpoint about her new lifestyle. She stated in an interview, “[i]’m completely vegan; that extends to clothing, cosmetics, homewares, and anything else.”

Adding that on holiday, her and her also vegan partner maintain their plant based diet “[a]t this stage I have fortunately not been in a position where I have had to eat animal products, not even whilst traveling. Even overseas I have found that it is generally possible to stay vegan if you are well-prepared and well-researched.” Maybe she’ll like LIVEKINDLY!

Back to the grind; on the road to World Champs now!

So, a natural question may be – what high-quality, protein-dense foods does this powerlifter eat? “I eat plenty of peanut butter. I also eat a lot of beans, kumara (sweet potato) and potatoes, rice (brown basmati is my favourite), tofu and tempeh, and pulled jackfruit, which I’ve only just discovered!”

Furthermore, her favorite staple meals include “bean nachos, saag aloo (spinach and potato curry), roast veggies and tofu sausages, and tempeh stir-fry. Lunches are often leftovers, or I’ll stop it at one of the local vegan cafes and buy something delicious such as raw pizza, a hearty salad, or maybe a vegan burger. I drink a lot of chai and green tea, and after-dinner chocolate is a pretty regular feature in our house!”

Eating WHATEVER THE F*CK I WANT today! ??? On ANZAC weekend this year I qualified for UPANZ Nationals and realised that I stood a chance to qualify for Worlds. So I quit alcohol, PB&J on toast, and daily coffee (but still having 1 per week before heavy deadlifts because science). I cleaned up my diet in general; I meal-prepped, I ate my veggies, and you know what? It paid off and it was a good decision – I qualified! You know what else is a good decision? EATING PANCAKES AT GRINDZ AND CROISSANTS AT GEORGE. #noregrets Kate Moss was wrong. Everything tastes as good as skinny feels… better, actually! ?

As Trezise-Conroy is passionate about spreading the word upon the benefits of a vegan diet, she has even written a book! “I wrote a book on plant based nutrition to help my friends and clients, and address any concerns or questions they have. It includes 40 recipes to get people started on animal-free breakfasts, lunches, dinners, and snacks. It’s currently available in PDF format” Find her eBook here.

Considering that Julia is from Tauranga, New Zealand, a small country with an agriculture minister that recently spoke out about veganism disrupting farming – she is one of the increasing number of kiwis who are pushing for a vegan future.