Sanctua has only been open for two months and has already won the title of best vegan restaurant in England.

The all-vegan restaurant, which is located in Oadby, Leicestershire, was crowned the best plant-based eatery at the Asian Restaurant Awards 2019. The competition is organized by the Asian Catering Federation which represents all 30,000 Asian and Oriental restaurants in the country.

Restaurants are entered into the competition by public voting and the final winners are determined by contest judges.

Chef Bindu Patel, who is vegan, opened Sanctua in April. The eatery’s food nods at various cuisine styles from around the world but focuses on Ayurveda, a system of medicine that originated in India. Ayurveda encourages healthy eating habits to achieve prime health and wellbeing; food is thought to be just as powerful as medicine. 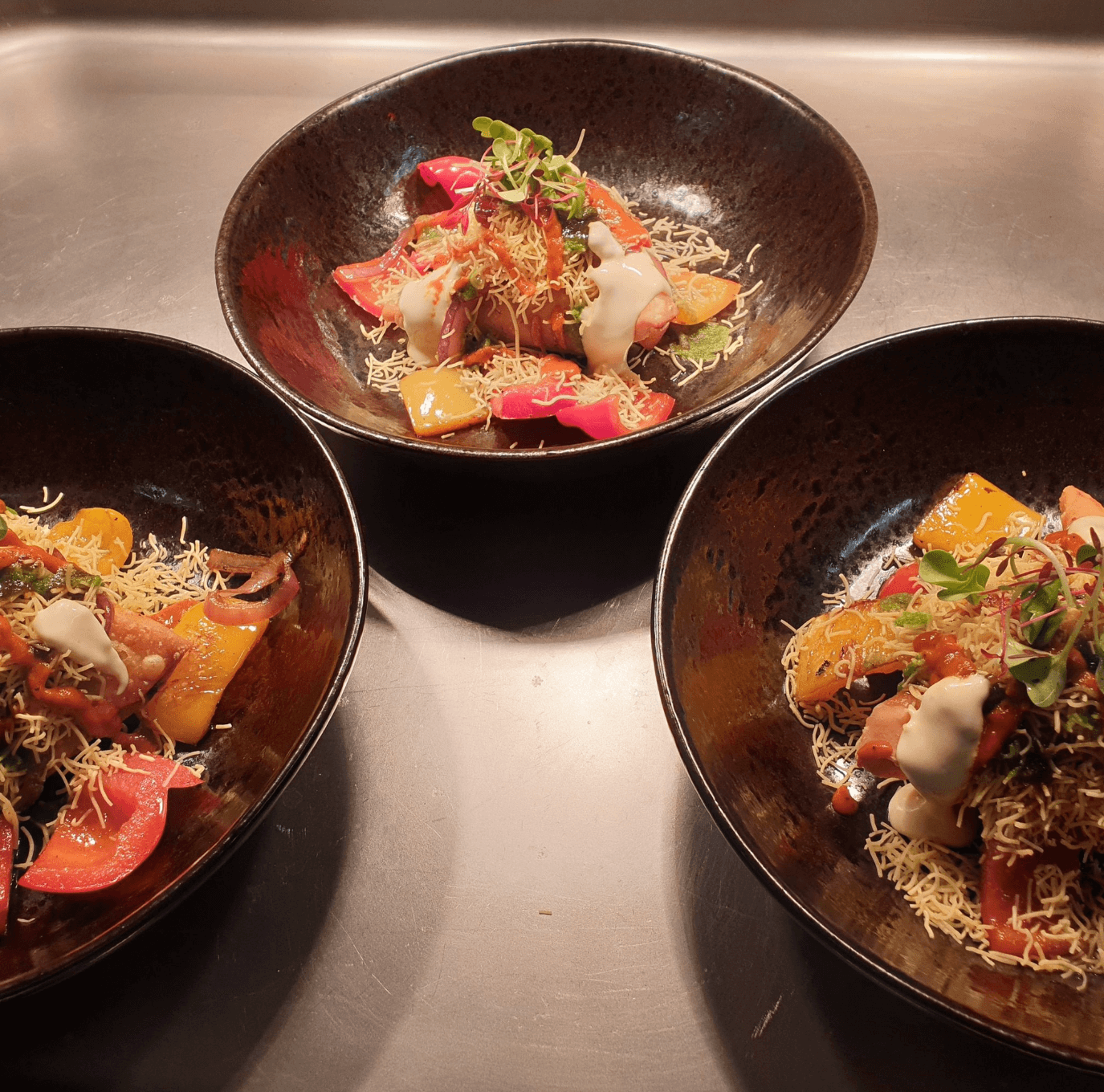 The eatery’s menu frequently changes so that its ingredients remain seasonal as well as fresh and local. This week, its menu is “going Greek,” according to Sanctua’s Twitter. The Mediterranean island-inspired menu features chilled watermelon, mint, and blackberry soup as well as grilled sourdough crouton with baingan bharta, sev, green chutney, and a spicy Heirloom tomato salsa.

For the main course, diners can try a dish with smoked garlic black eye bean and tahini dip, vegan tzatziki, cous cous, and kalamata olive and dehydrated tomato tapenade, among many other ingredients.

Sanctua uses “wonky” produce to reduce food waste and opts for organic when possible. To further improve its impact on the planet, the restaurant doesn’t use palm oil, reduces its use of plastic, recycles, and up-cycles.

Patel maintains that the restaurant is not intended only for vegans, but for anyone who wants to eat more plant-based food for health, environmental, or ethical reasons.

“Thank you very much to EVERYONE who voted and many, many thanks to all of our customers for their amazing support, patience, and kindness,” Patel, who has worked at Michelin-starred restaurants including Gymkhana and Trishna in London, wrote on Twitter.

She added that while Sanctua has only been serving food for a short time, the support from Leicester — Patel’s hometown — has been “incredible.”