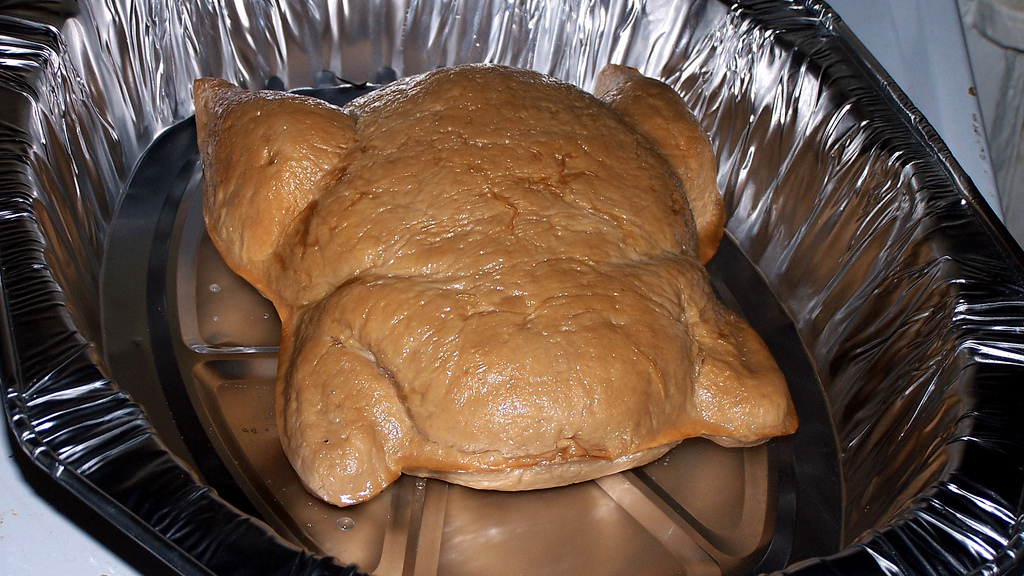 A new vegan barbecue joint in Austin is set to serve vegan “rotisserie” half-chickens made from Beyond Meat. Called Plow-B-Q, the concept comes from the team behind the vegan burger truck, Plow Burger.

Eater Austin reports that the upcoming restaurant will not only serve vegan “half-chickens made with Beyond Meat,” but also classics like meatless burgers, sausages, and wings, pulled “pork,” and plant-based shrimp. Plow-B-Q will open inside a food court in the second Buzz Mill Coffee location and share a space with meat-heavy vendors, including a venture from an “unnamed barbecue expert” and a roasted meats stand.

No additional menu details for Plow-B-Q are available, but it can be speculated that guests can expect fare similar to Plow Burger. The food truck serves the vegan Beyond Burger in a number of ways, as well as a “house curated” burger of the week. Past specials include a vegan chicken-fried steak burger, a “Red Hott Chili Burger,” and a dairy-free mac and cheese burger. Every Wednesday, the truck serves vegan chicken wings.

Wing Wednesday is today! Just like the name says it’s only on Wednesdays 6pm – 10pm Or Until sold out! . . . Availabile at Both Locations! Riverside and Duval! . . . Flavor of Wings: Teriyaki . . . Get out on this beautiful day and enjoy treat yo self to some plant based wings! . . . . #plantbased #plantbasedliving #plantbasedfoods #plantbasedwings #veganwings #wingwednesday #teriyaki #duval #duvalvwgan #riversidevegan #riverside #eastside #austinvegan #atxvegan #atxvegans #plantsleadourway #plantsarecool #plantsofinstagram #plantsmakepeoplehappy

Although Texas is known for its love of BBQ, restaurants and food trucks that specialize in vegan meat are rising in popularity. Plow Burger, which has two locations, has been a hit with visitors and locals alike since it first opened last January. Earlier this week, the Austin Chronicle named it one of the top 10 vegan food trucks in the city, alongside other barbecue-centric eateries such as BBQ Revolution and Arlo’s.