Vegan sandwiches are now available from 53 hospitals across the UK.

Supplied by wholesale sandwich supplier Raynors, the vegan options include a Fiery Mexican Wrap, a Vegan Cheese and Onion Toastie, a Vegan Sausage Sandwich, a Curried Chickpea Sandwich, and a Rainbow Hummus Sandwich.

The supplier has an ongoing partnership with the UK’s National Health Service (NHS), which has been under strain recently due to “ever-tightening budgets.”

Raynors says on its website, “we know that hospitals are under increasing pressure to provide healthy food options for NHS staff, patients, and visitors. This means supporting [them] to make healthier choices about the food they eat.”

Unlike animal-based foods — which have been linked to a higher risk of premature death — research has shown that plant-based foods are beneficial for overall health and can potentially reduce the risk of diabetes, heart disease, and certain types of cancer. 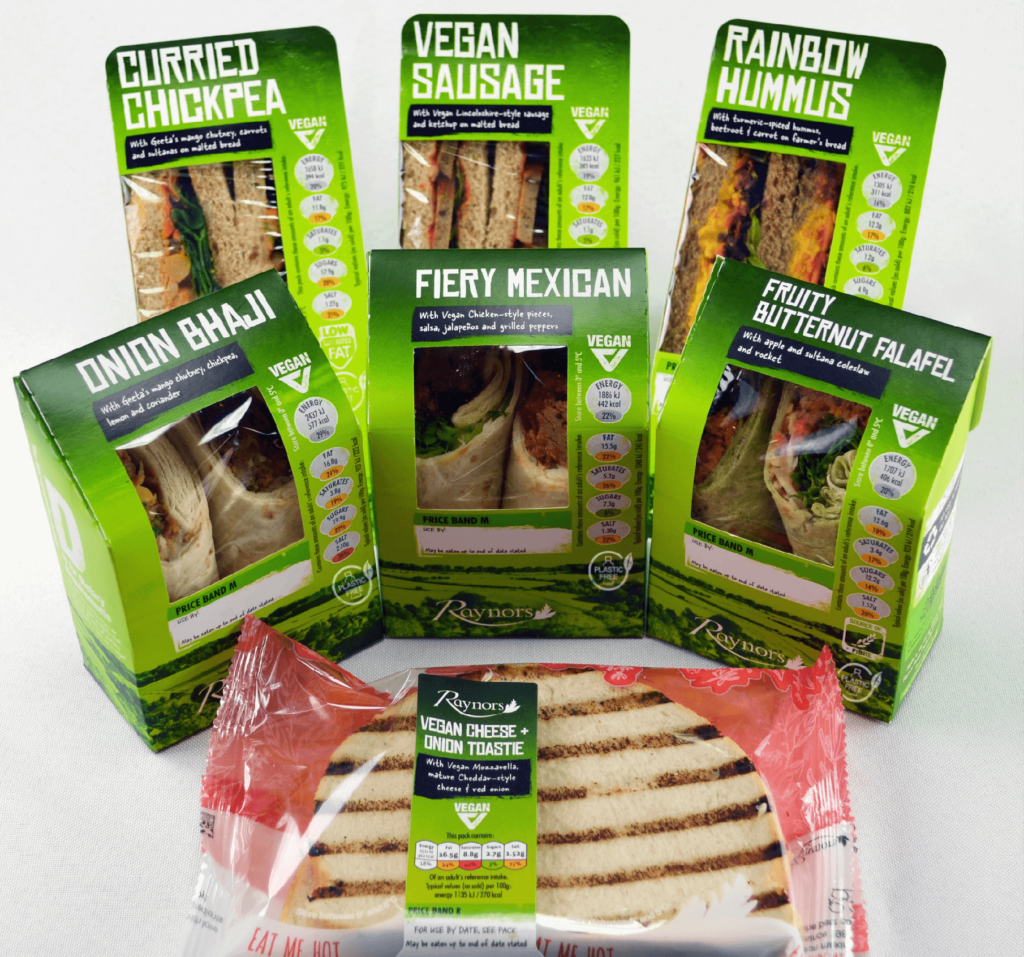 Raynors supplies vegan sandwiches to hospitals in the UK | Raynors

Last year, The Vegan Society led a campaign asking the UK government to provide more vegan options in the public sector. “By public sector canteens, we mean places like hospitals, schools, prisons, universities, workplaces, etc,” said spokesperson for the society Dominika Piaseckasai. “Basically, anywhere you go, not out of choice, but because you have to eat.”

As of yet, it isn’t mandatory in the UK for hospitals to offer vegan meals. However, some hospitals have taken their own initiative. Last year, hospitals in East Lancashire launched an extensive vegan menu inspired by The Vegan Society’s campaign.

Catering manager for the East Lancashire Hospitals Trust, Tim Radcliffe, said in a statement, “the trust is focused on improving the whole patient experience, and food plays a very important role in that. We are continually improving the food experience for everyone who uses our facilities, and for some time we have been working on enhancing our provisions for vegans.”

In the U.S., some states have made it mandatory for hospitals to provide vegan food. Last year, California passed SB 1138, a landmark bill requiring all hospitals in the state to offer at least one healthy plant-based meal to patients. New York could be set to do the same; a similar bill passed in the Senate and the Assembly earlier this year.