The Rise of the Vegan Sausage Roll

Prior to Greggs, there were vegan sausage rolls in the UK, but the bakery chain’s decision to make a meat-free version of one of its most popular options has sparked a craze. According to Greggs, it had been working on developing a vegan sausage roll for some time due to customer demand. Prior to the announcement, there was even a petition from the international animal rights group PETA (People for the Ethical Treatment of Animals) to get the bakery chain to create a meatless version. It earned more than 20,000 signatures in the end.

Apart from a few outliers and critics (such as “Good Morning Britain” host and Piers Morgan), the snack — which features a Quorn vegan sausage filling, 96 layers of dairy-free puff pastry, and maximum taste- – won the public over, selling out in several locations, and prompting Greggs to expand the vegan option to all of its 1800 stores.

The meat-free sausage roll was so popular that for a short while, people were selling it on eBay for seven times the price.

Many have also credited the vegan sausage roll for inspiring companies — like Tesco, Applegate gas stations in Ireland, and Coles in Australia — to create their own version. It may be inspired by the fact that Greggs itself credited the plant-based sausage roll for boosting its revenue to £1 billion for the first time in the company’s history.

“Whilst there are significant uncertainties in the months ahead, Greggs has started 2019 in great form, helped in part by the publicity surrounding the launch of our vegan-friendly sausage roll,” chief executive Roger Whiteside said last February. 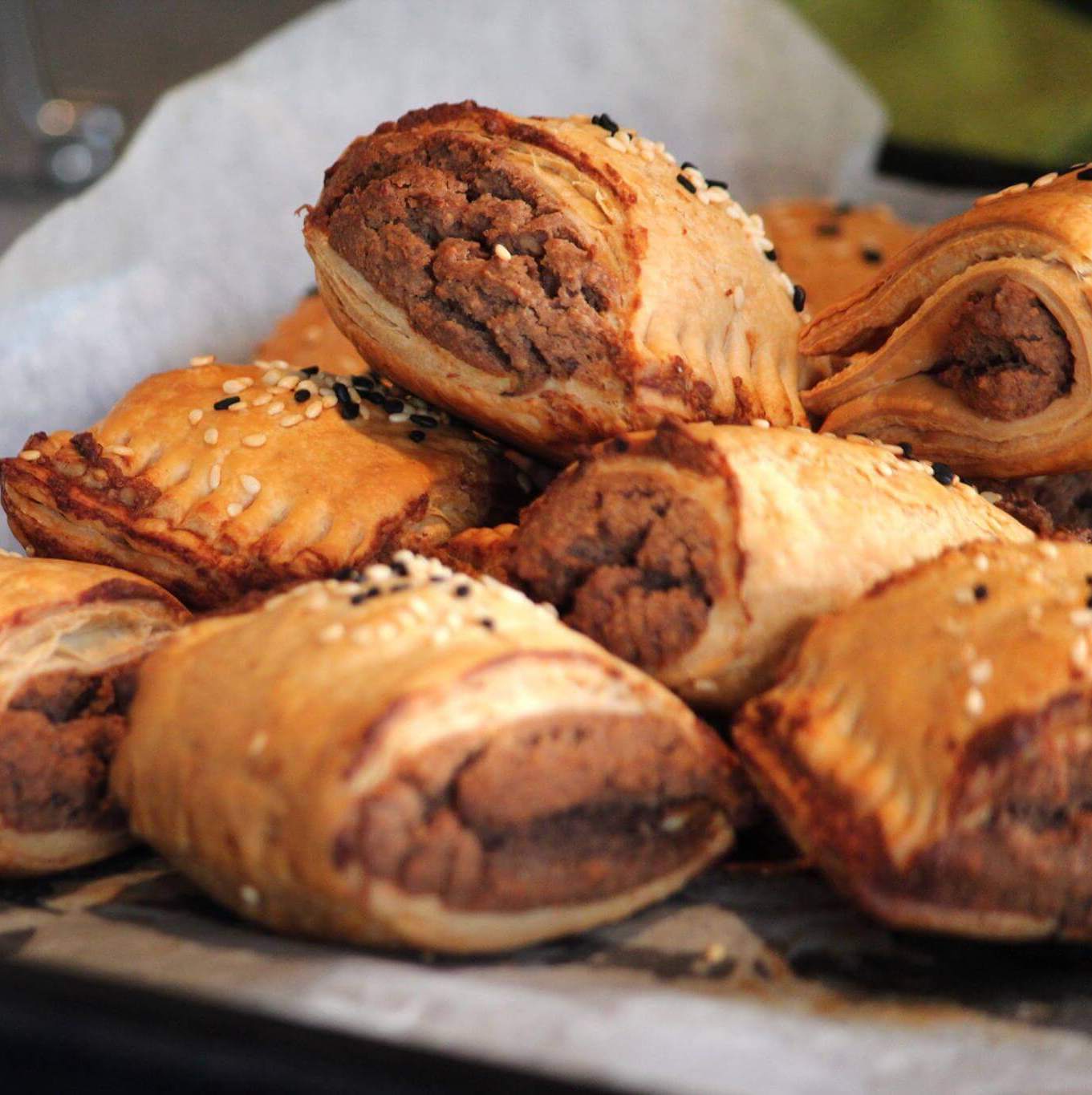 Don’t live near a Greggs? Try making your own version! This recipe by A Crunchy Carrot includes beans, walnuts, and ground flaxseed, providing protein, omega-3, and fiber. A handful of herbs packs a punch of flavor, leaving you satisfied and craving more (which is fine, since you can just keep making them). 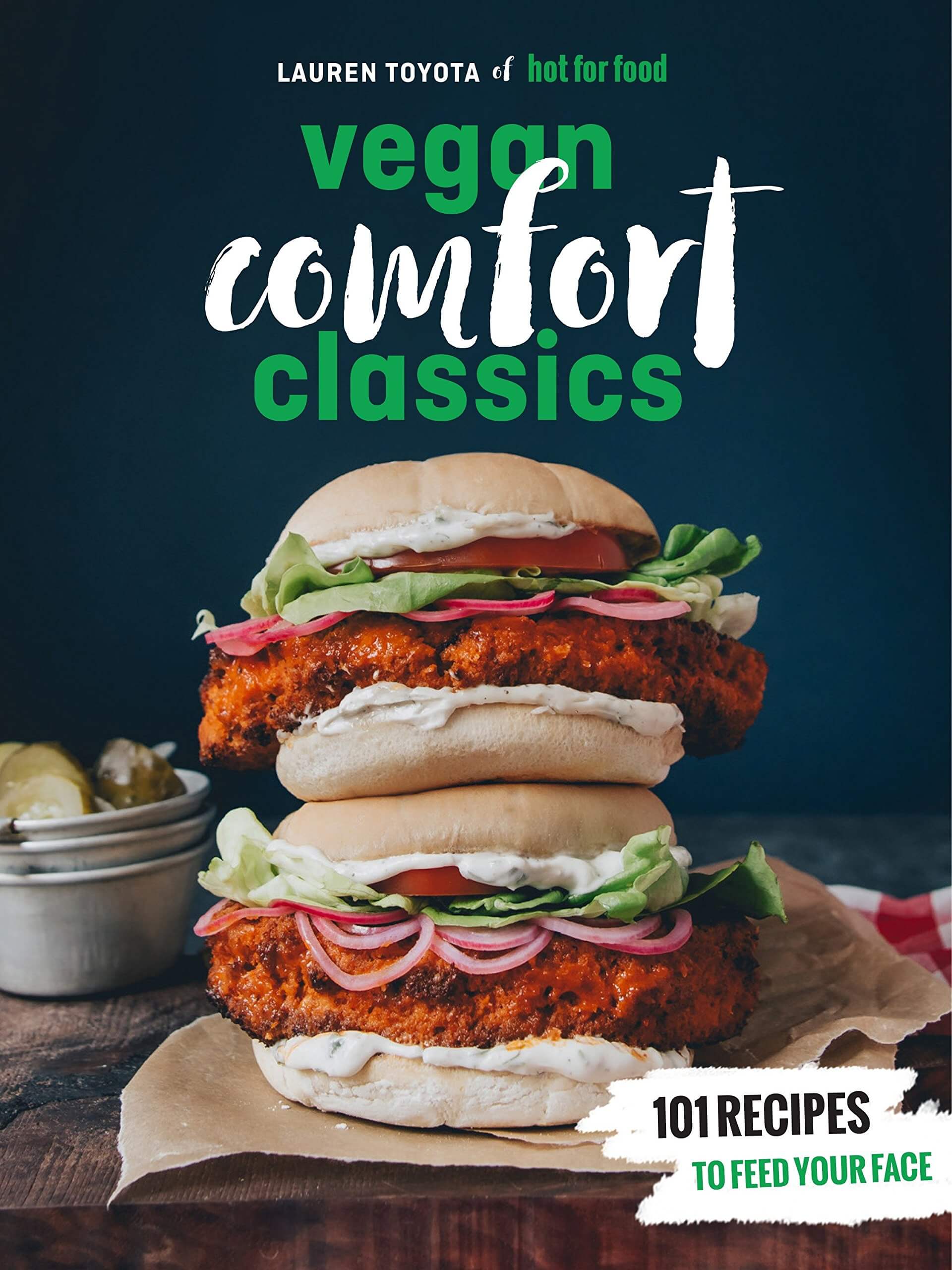 This cookbook features 101 vegan comfort food recipes to “feed your face” – including a mouthwatering meatless sausage roll recipe. But it doesn’t stop there. Created by YouTube personality Lauren Toyota, this book could have you whipping up plant-based Philly cheesesteak, mac ‘n’ cheese, and fried chicken in no time. 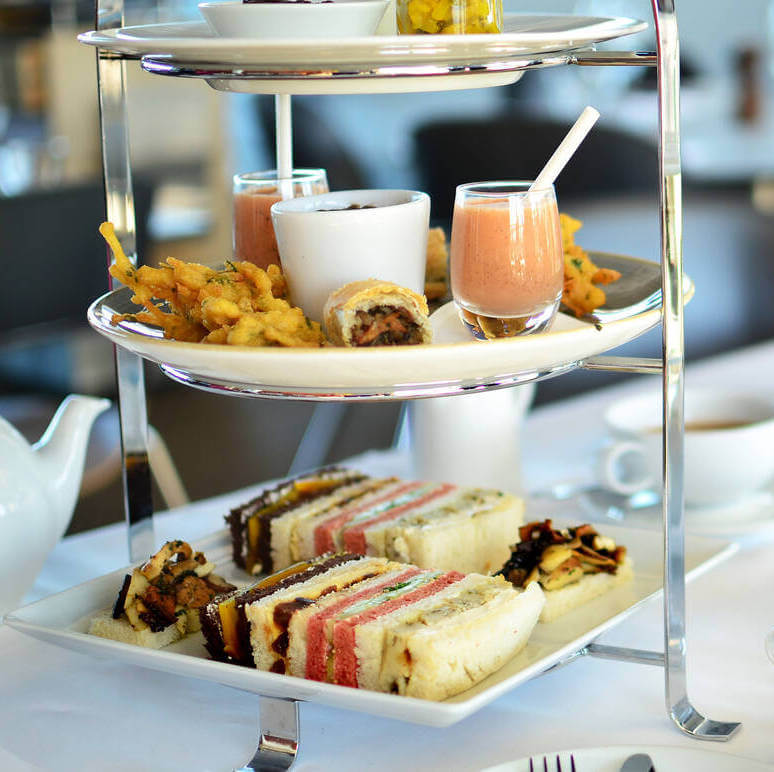 Since the demand for plant-based food isn’t slowing down, venues all over Britain are getting involved. London’s OXO Tower restaurant even introduced a vegan afternoon tea package. The package includes scones with dairy-free clotted cream, vegan cheese sandwiches, and chestnut and mushroom meat-free sausage rolls.

“I absolutely loved this afternoon tea, and thought it was amazing how the chef’s produced what they did totally vegan. It must be quite a challenge” blogger Kerry of Kerry Life and Loves wrote in a review earlier this year. She added, “Nik even loved it, and said that he would never have known that some of it was vegan. It was good to take him along and get his perspective, being a big meat eater.” 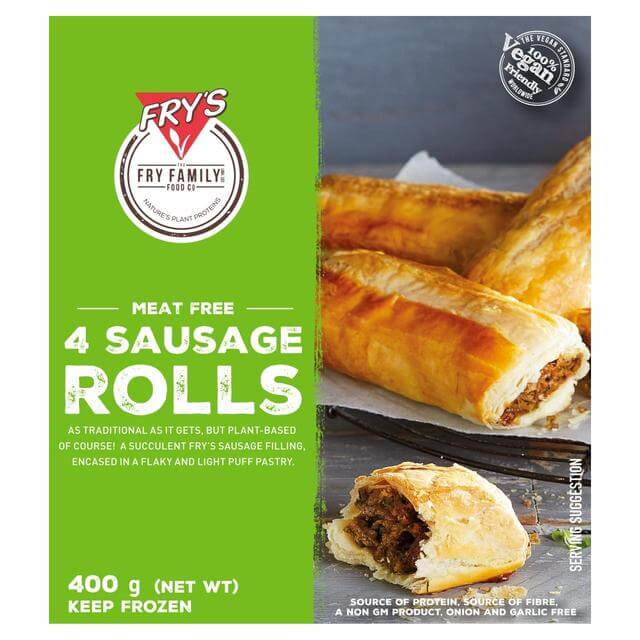 Fry Family Food Company, or Fry’s, has been paving the way for meat-free eating for more than 30 years. Originally based in South Africa, Fry’s is now available in the UK, Australia, the U.S, among other countries. As well as vegan sausage rolls, Fry’s offers a load of other food like vegan prawns, burgers, schnitzel, nuggets, and chicken strips. Its vegan sausage rolls feature a soy and wheat protein-based frank seasoned with savory herbs like basil, coriander, marjoram, and thyme.

Fry’s also released mini sausage rolls earlier this year, in partnership with Sainsbury’s. The mini rolls, which form part of their Artisan range, are priced at £2.25 per pack.

You can buy Fry’s sausage rolls online. It’s also available at Tesco, Sainsbury’s, Asda, Morrisons, and other supermarkets across the UK. 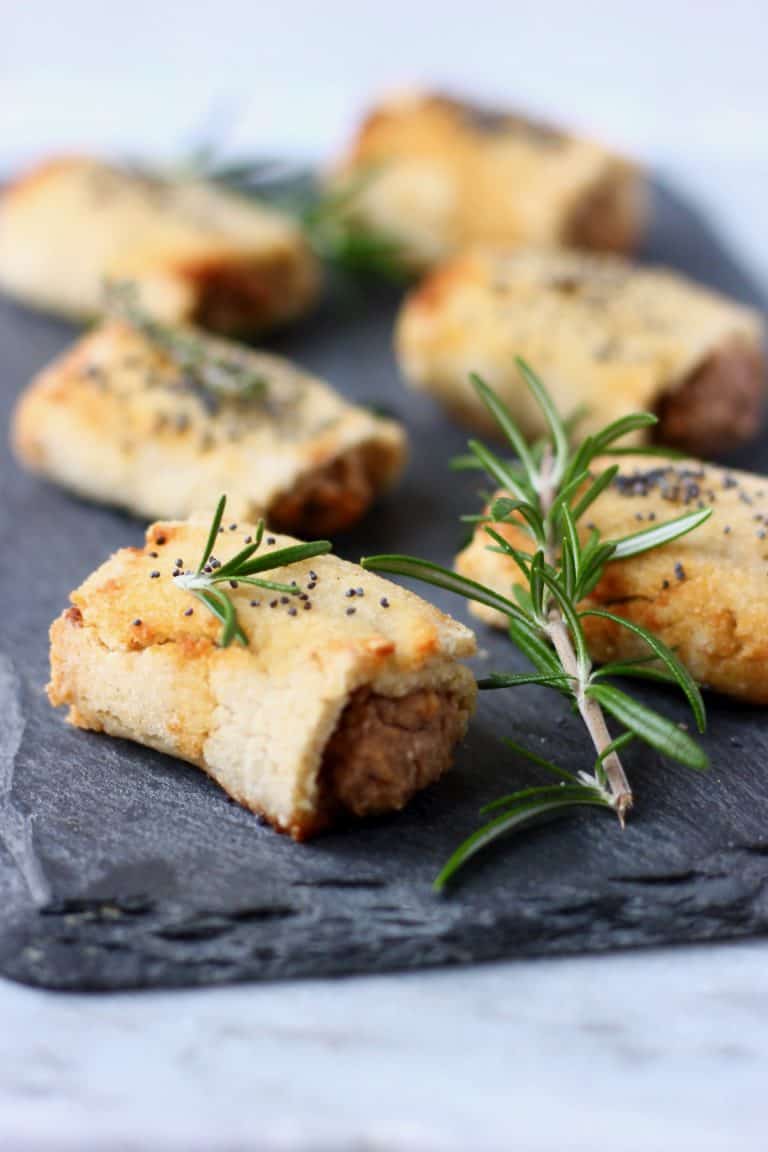 If you’re gluten-free and vegan, you don’t have to miss out. This recipe features a puff pastry made from coconut oil, a gluten-free flour blend, and ground almonds. According to the recipe creator, the gluten-free puff pastry is crispy and flaky.

“These Gluten-Free Vegan Sausage Rolls are crispy and flaky, full of flavour and seriously moreish,” she wrote.

Made from mushrooms (which provide savory, umami flavor), white beans, and walnuts (which give it a meaty texture), plus plenty of garlic, onions, and herbs. The addition of nutritional yeast and miso paste give it a realistic meaty flavor. The resulting vegan sausage rolls are herby, healthy, crispy, and filling — serve hot or cold, it will still taste great. 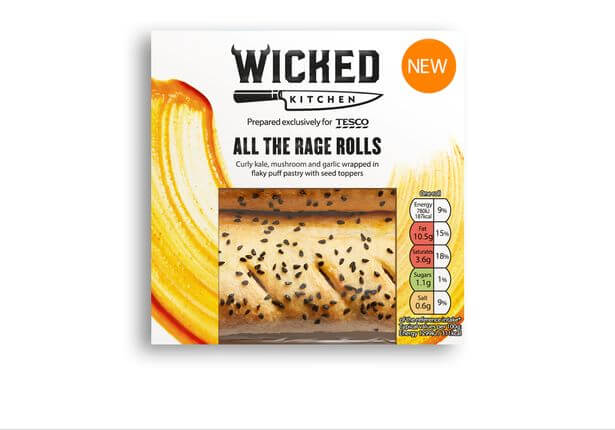 If you’re based in the UK but not a fan of Greggs, the nation’s leading supermarket, Tesco, may be your best bet. The leading supermarket chain stocks an impressive array of products from its highly successful vegan Wicked Kitchen range, including lasagne, mushroom bolognese, vegan meat sandwiches, desserts, and, you guessed it, sausage rolls. The brand not only exceeded sales expectations but also won the PETA award for Best Vegan Range in the organization’s 2018 food awards.

“It’s been a huge year for Wicked Kitchen, and we are so frickin’ grateful to everyone who has supported the launch, have made compassionate and mindful food choices, and shared how much they have enjoyed Wicked Kitchen. And we’re super grateful to PETA for naming us the Best Vegan Range. That’s awesome! And it’s only the beginning for Wicked Kitchen. Big news is on its way as the rollout of new and exciting line extensions into new areas is coming soon,” said vegan chef Derek Sarno, Wicked Kitchen co-creator and Director of Plant Based Innovation at Tesco.

The Wicked Kitchen meatless rolls feature dairy-free puff pastry wrapped around a savory blend of curly kale, mushroom, and garlic — not quite a sausage, but the idea is the same. Plus, per gram, these bad boys contain more protein than Greggs’ vegan and meat sausage rolls.

You can purchase Wicked Kitchen products online or in-store at Tesco. Or, if you’re a fan of Wicked Kitchen’s food but prefer to make your own, you can buy its cookbook right here. 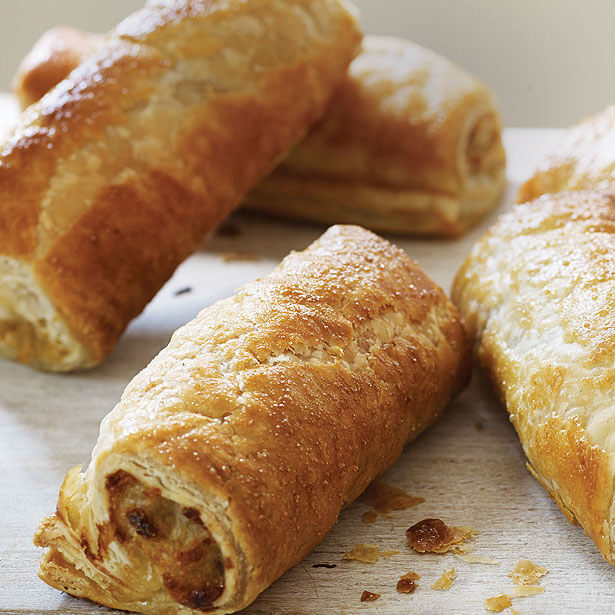 Vegan and vegetarian food brand Linda McCartney has been pioneering the meat-free movement for years. The company’s vegan sausage roll includes a Vegetarian Cumberland Sausage-Style filling with soya and wheat protein, wrapped in a flaky puff pastry. It contains a heap of protein and fiber but no cholesterol, making it the comfort food of dreams.

You can buy this dish online or at major and independent supermarkets across the UK. 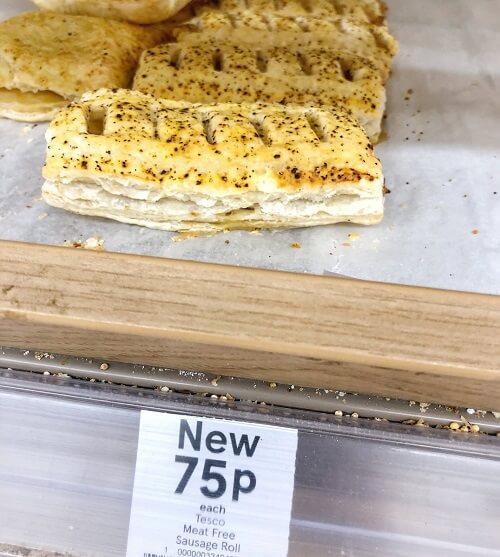 As well as offering Wicked Kitchen sausage rolls, Tesco also offers its own version of the pastry in its bakery section. According to reports, Tesco’s own-brand meatless sausage rolls are even bigger than Gregg’s and cheaper too — the supermarket’s version costs just 75p. The ready-to-eat vegan sausage roll consists of a soy-based Lincolnshire sausage seasoned with sage and onion.

You can find Tesco’s vegan sausage rolls in the bakery section of stores nationwide. 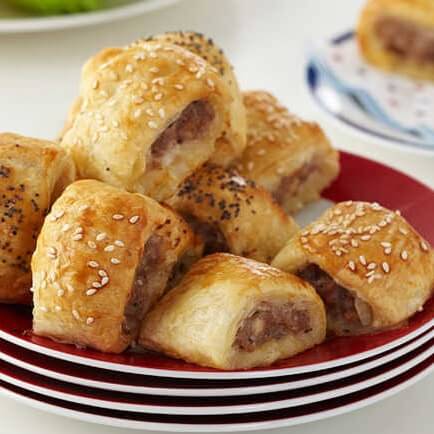 If Tesco isn’t your cup of tea, or if you’re looking for a crowd-pleasing appetizer for your next gathering, you could try Sainsbury’s frozen vegan mini sausage rolls. According to the chain, the rolls are filled with a meat-free, soy protein-based Cumberland-style sausage and wrapped in dairy-free puff pastry. The mini size makes it perfect for sharing. 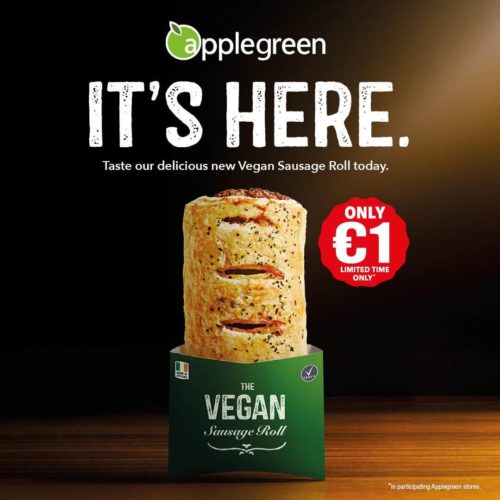 Applegreen has launched its own meat-free sausage rolls.

Irish gas station chain Applegreen now offers vegan sausage rolls. The meat-free sausages are made from a blend of soy protein, chickpeas, herbs, and spices wrapped in a dairy-free puff pastry. Unlike Greggs, which uses a vegan Quorn sausage, Applegreen’s recipe is exclusive to the chain.

“It’s made in Ireland and tastes great, so ‘however you eat yours’, try it and see if you can go meat-free. Now you can go vegan for breakfast, elevenses or lunch,” states the website.

A list of all the locations currently carrying it is available here. 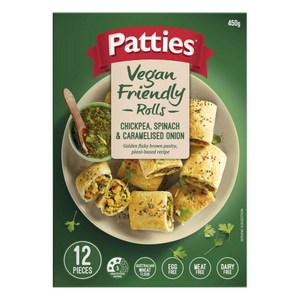 The vegan sausage roll trend has even made its way to Australia. One of the country’s leading supermarket chains Coles has launched Patties Vegan Friendly Rolls. Unlike many other rolls on the market, these are made with a mixture of spinach, chickpeas, and caramelized onion. 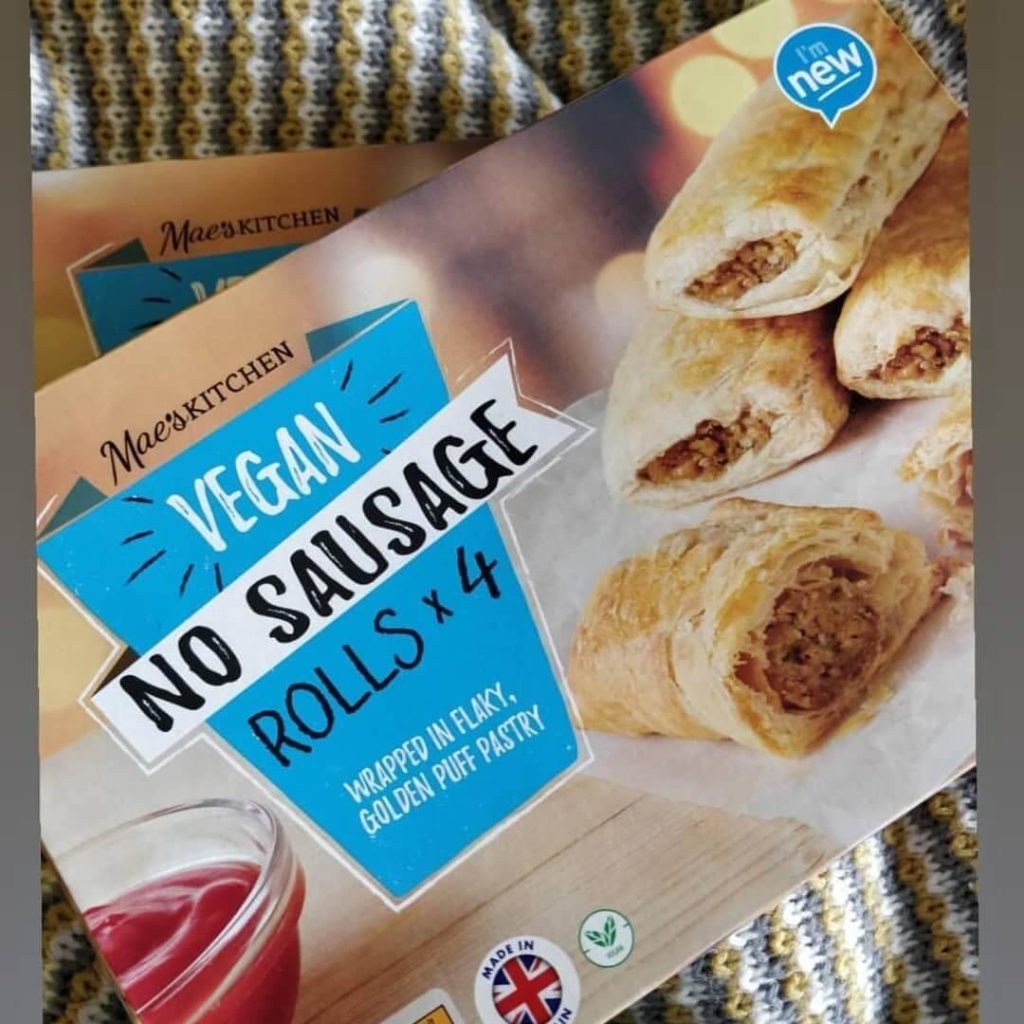 Even affordable supermarket chain Aldi is in on the sausage roll hype. Mae’s Kitchen Vegan No Sausage Rolls are now available in Aldi stores across the UK. The new product features vegan sausage meat wrapped in “flaky, golden puff pastry.” 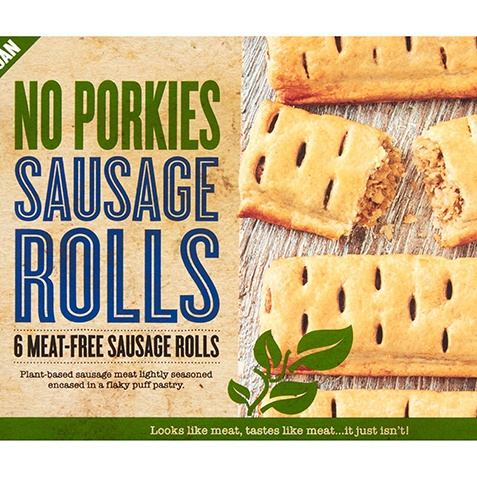 Iceland’s No Porkies Sausage Rolls are £2 a pack.

Iceland is continuously expanding its range of vegan products. It has now added vegan sausage rolls to its selection, which also includes vegan burgers, sausages, chicken strips, and ice cream. The frozen No Porkies Sausage Rolls are £2 a pack and 33p per roll, which the chain points out is 67 percent cheaper than Greggs’ £1 option. 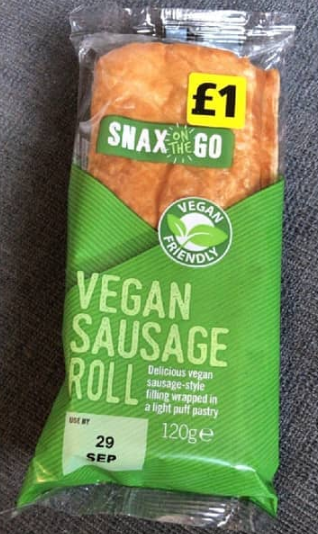 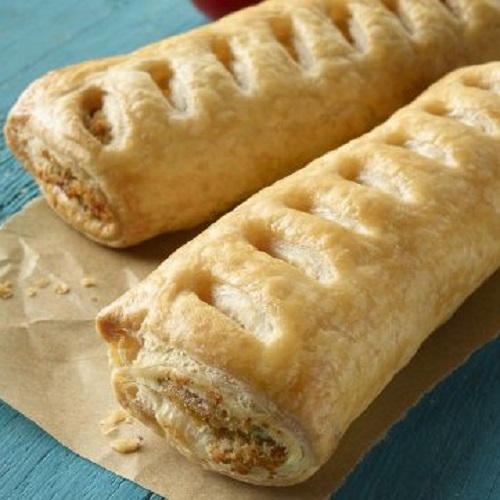 There are now vegan sausage rolls at EVF.

EVF, a retailer with multiple locations across the Isle of Man, launched vegan sausage rolls last year. According to the chain, its sausage rolls are baked in-house.