Updated September 30, 2019. | Vegan sea urchin could be the next big thing in plant-based seafood.

Sea urchin is extremely popular in Japan, where it is known as “uni” and considered a delicacy. Uni is a labor-intensive and expensive food, and Japan imports large quantities from other producers. 50,000 tons — or 80 percent of global production — consumed annually in Japan. This has raised specific concerns about overfishing and sustainability, Bloomberg reports.

Fuji Oil’s vegan uni is designed to be widely used as a component ingredient in various high-end dishes. “We’d have to taste it first, but yes, we’d consider it,” said Yuki Haga, a sushi chef at Tokyo restaurant Gonpachi.

Why Vegan Seafood is Important 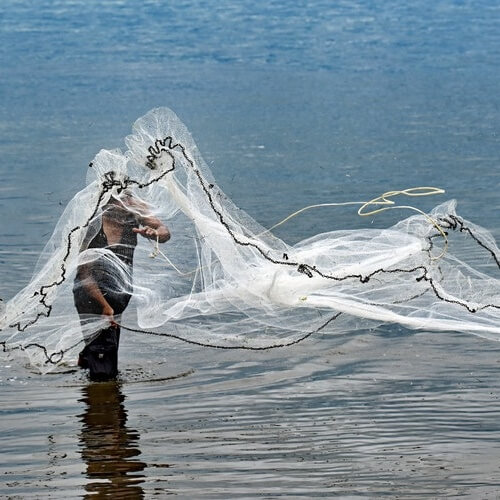 Due to global concerns about overfishing and the environment, plant-based seafood is on the rise.

Overfishing has now exhausted 90 percent of the world’s fish population, according to FAO data. Bycatch – the unintentional catching of marine animals while fishing – is also a huge problem.

Nearly half of marine plastic pollution comes from abandoned fishing gear. Leftover nets can trap marine creatures such as whales, dolphins, porpoises, and turtles, which is known as ghost fishing.

“Entanglement in fishing gear is the leading threat for whales and dolphins around the globe — estimated to cause at least 300,000 deaths per year,” says the WWF (World Wildlife Fund) on its website.

National Geographic explorer, marine biologist, and oceanographer Dr. Sylvia Earle has promoted plant-based seafood as a potential solution. At the 2018 Good Food Conference, Earle suggested that better education and vegan seafood is “what we really need for food security.”