LIVEKINDLY
Home Business Where to Get the Best Vegan Seafood in the U.S. – Including... 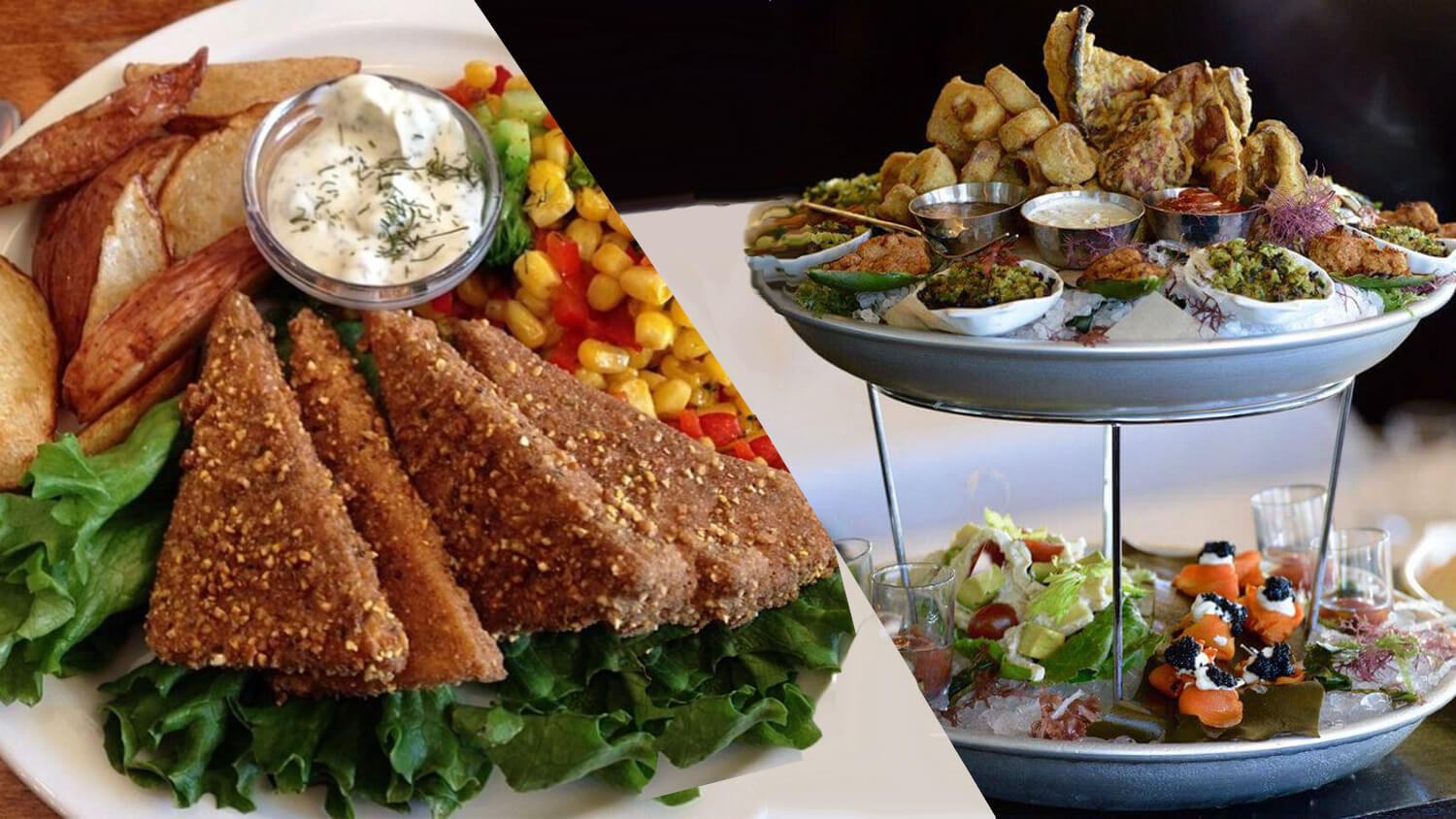 The world’s biggest animal rights organization, People for the Ethical Treatment of Animals (PETA), has compiled a list of the best vegan seafood dishes in the United States.

According to the organization, meals such as plant-based fish tacos, crab cakes, and mushroom calamari prove that “you can enjoy the taste of seafood while sparing intelligent, sensitive fish – who can use tools and show affection – immense pain.”

“From the simmering faux-fish and shrimp hot pot at Vegan House in Arizona to the vegan crab cakes at Land of Kush in Maryland, every one of these delicious award-winning dishes is proof that no sensitive sea animal needs to die for dinner,” said the president of PETA, Ingrid Newkirk, in a statement. “PETA is recognizing these restaurants for crafting thoughtful animal free seafood meals that are sure to have diners catching – and riding – the vegan wave.”

Lyn Sneddon, a biologist at the University of Liverpool says that fish and other marine life are capable of feeling pain. However, according to the scientist, this is a recent scientific development and one that has only been accepted in recent years. Speaking to Smithsonian Magazine, Sneddon said, “back in 2003, when I gave talks, I would ask, ‘Who believes fish can feel pain? Just one or two hands would go up. Now you ask the room and pretty much everyone puts their hands up.”

And it’s not just fish either; back in June, a crayfish became an internet sensation after it displayed a will for its life. Due to be boiled alive at a restaurant in China, the crayfish removed its own limb in order to escape the pot. To honor its bravery, the restaurant spared the animal’s life.

Around the world, vegan alternatives to seafood are becoming more popular. For example, in the UK, where the national dish is considered fish and chips, one cafe has introduced “tofish and chips” — a tofu-based vegan take on the classic combo. Further, the pub chain Greene King Flaming Grill began offering vegan fish and chips by plant-based brand VBites in May.