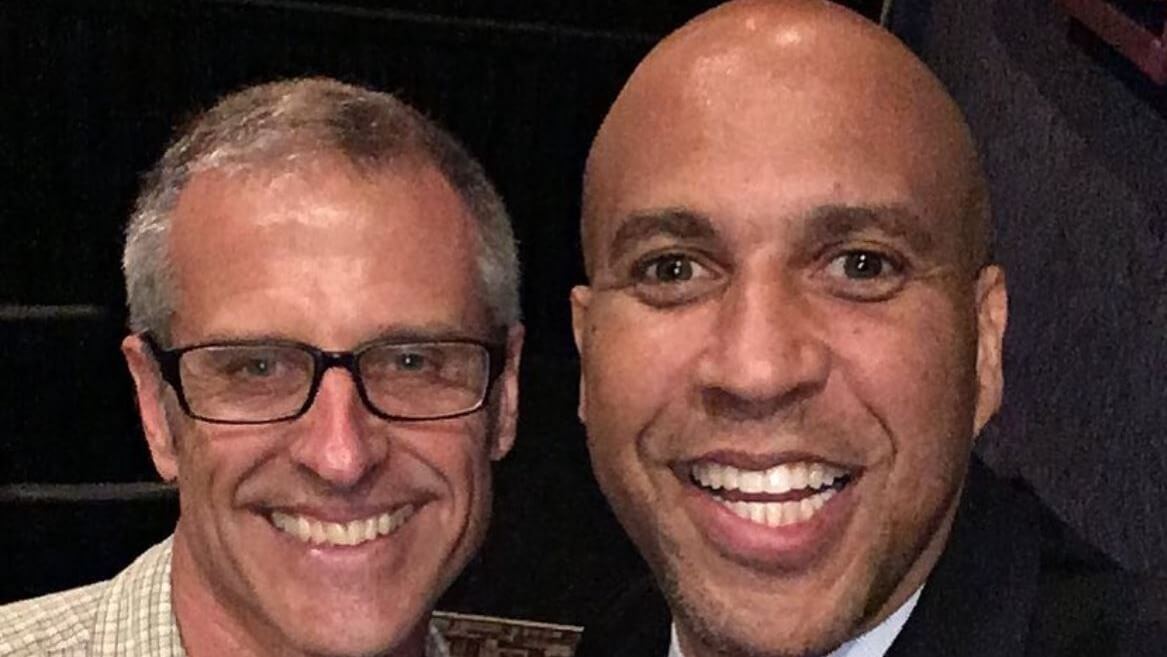 Since adopting a vegan diet in 2014, Booker has often lent his voice to animal rights causes. Earlier this month, the Senator made a heart-warming speech about veganism at a local VegFest. “I am the only vegan in the United States’ senator in history,” he said. “But I’ll tell you this: the vegan consciousness is growing in our country and all those people, regardless of your diet, you are conscious of the environment, conscious of justice for animals, against cruelty to animals, conscious of your health.”

He continued,“I am so proud that we’re all gathered here today to celebrate the consciousness of ideals that all of us hold dear. And I just want to wish you all the best, I’m proud to stand with you and proud to be here.”

So cool seeing #vegan Senator @corybooker at the screening of @eatinganimals in #washingtondc tonight. He’s a huge inspiration and such a positive and #compassionate voice in the #uscongress

Gene Baur, the co-founder and president of the world’s most established animal sanctuaries, Farm Sanctuary, shared a snapshot of himself alongside Booker at the screening. “So cool seeing #vegan Senator @corybooker at the screening of @eatinganimals in #washingtondc tonight,” Baur captioned the Instagram post. “He’s a huge inspiration and such a positive and #compassionate voice in the #uscongress.”

In addition to his role at Farm Sanctuary, Baur is also a best-selling author and activist. He has devoted much of his career to traveling around the globe, raising awareness of the conditions of factory farmed animals and encouraging people to consider the impact of their decisions as a consumer. The co-founder was even hailed by TIME Magazine as “the conscience of the food movement.”

Bruce Friedrich, the co-founder and executive director of The Good Food Institute, also shared a quick video with Senator Booker on his Facebook page. Although the Senator was popular amongst the attendees, he turned the attention away from himself, instead highlighting the great work of these animal activists and organizations.

“Eating Animals,” which claims to offer an “urgent, eye-opening” look at the consequences of factory farming, is narrated and co-produced by actress Natalie Portman. The film focuses on both large industrial sized factory farms and smaller family-owned farms, evaluating how we have become “complicit” in a system that harms the environment, our health, and animals. “Eating Animals is a thoughtful and essential examination into where our food comes from,” said Jonathan Sehring and Lisa Schwartz, co-presidents of Sundance Selects/IFC Films, in a joint statement last year.