Shark conservationist and established documentarian Skyler Thomas is calling not only for an end to seafood consumption, but for consumers to consider going fully vegan.

Thomas made a name for himself after founding the non-profit White Shark Video, a site which turns research into film, back in 2009. He began creating educational films based on his diving experiences with sharks; following the success of a few short films, Thomas produced “Great White Lies,” his first feature-length film. Exposing the dark truth behind global shark mitigation programs, the film received over 20 awards in various film festivals. However, it is his latest Youtube video which is really getting people talking.

Thomas explains – as the video is aptly named – “Why a Shark Advocate Went Vegan.” A meat-eater for most of his life, Thomas only gave up shrimp after realising the “horror of bycatch inflicted by shrimping boats.” For every one pound of targeted shrimp, there are ten pounds of bycatch. 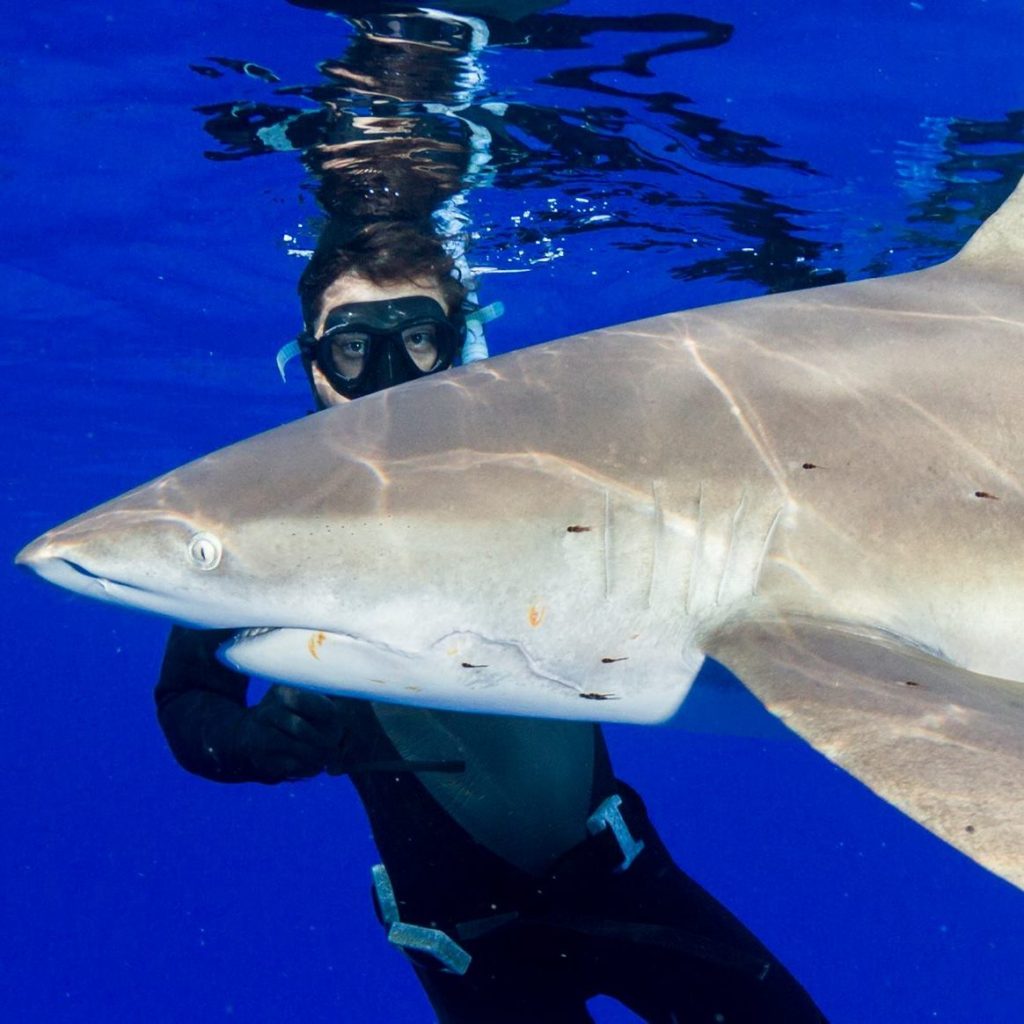 “I simply couldn’t get over that the amount of animals I saw being brought in were from a single boat, from a single days catch. Not even a big boat. And there was a long line of boats waiting their turn to unload their catch,” he reflects in the video. “And this is called sustainable fishing.” He also notes the irony of how local fishermen were angered by the recovering grey seal population, who “had the nerve to try to eat something from the ocean as well.”

Thomas also addressed land-based-animal agriculture, comparing shark finning – a practice which most are appalled at – to the way humans treat land animals. Additionally, the independent-filmmaker alluded to the inefficiency of animal agriculture, and concluded: “not eating meat may not single-handedly save the planet – but how can it not help?”

Nonetheless, Thomas refuses to judge anyone’s dietary choices. Drawing upon his personal experience, he says, “I was raised on beef... It’s hard to give up things that have been part of your existence.” Consequently, he acknowledged in the video caption: “This will be an unpopular video for many people…we don’t like change and we don’t like to have a way of life called into question. But some discoveries I’ve made on my journey are worth at least contemplating.”