“In 2015, we began developing and perfecting the world’s only algae- and plant-based shrimp,” New Wave Foods said on its website. “Using natural ingredients and cutting-edge science, we bring you a shrimp that is uncompromising in taste. A shrimp without slavery, bycatch, shellfish allergens, antibiotics, and ecosystem devastation. A shrimp that everybody can love.”

In addition to being vegan, this new Veestro ‘Shr’mp Jambalaya’ is free of GMOs, preservatives, dairy derivatives, and cholesterol. It’s also a high-protein and high-fiber product, making the $11.99 dish the perfect addition to your week. 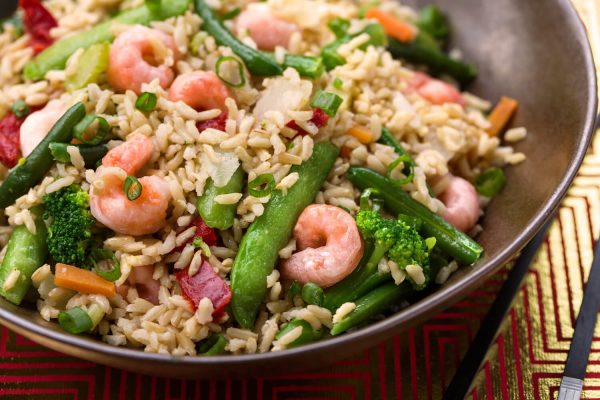 Veestro is a U.S.-based service that delivers gourmet plant-based meals and juices right to its customers’ doors. Unlike other meal kits, there’s no prep with Veestro other than reheating. The company fully prepares and flash freezes its meals on site. But unlike other frozen foods you find at the supermarket, Veestro meals are all made from scratch, with no stabilizers or preservatives for extended freezer time. The company compares its service to making a meal at home and freezing half for later, thus the meals have a short shelf-life and taste like homemade.

With the apt motto ‘Plants, Please’, Veestro caters to time-strapped families, cooking novices, and those looking to reduce their consumption of animal products without sacrificing flavor or nutrients.