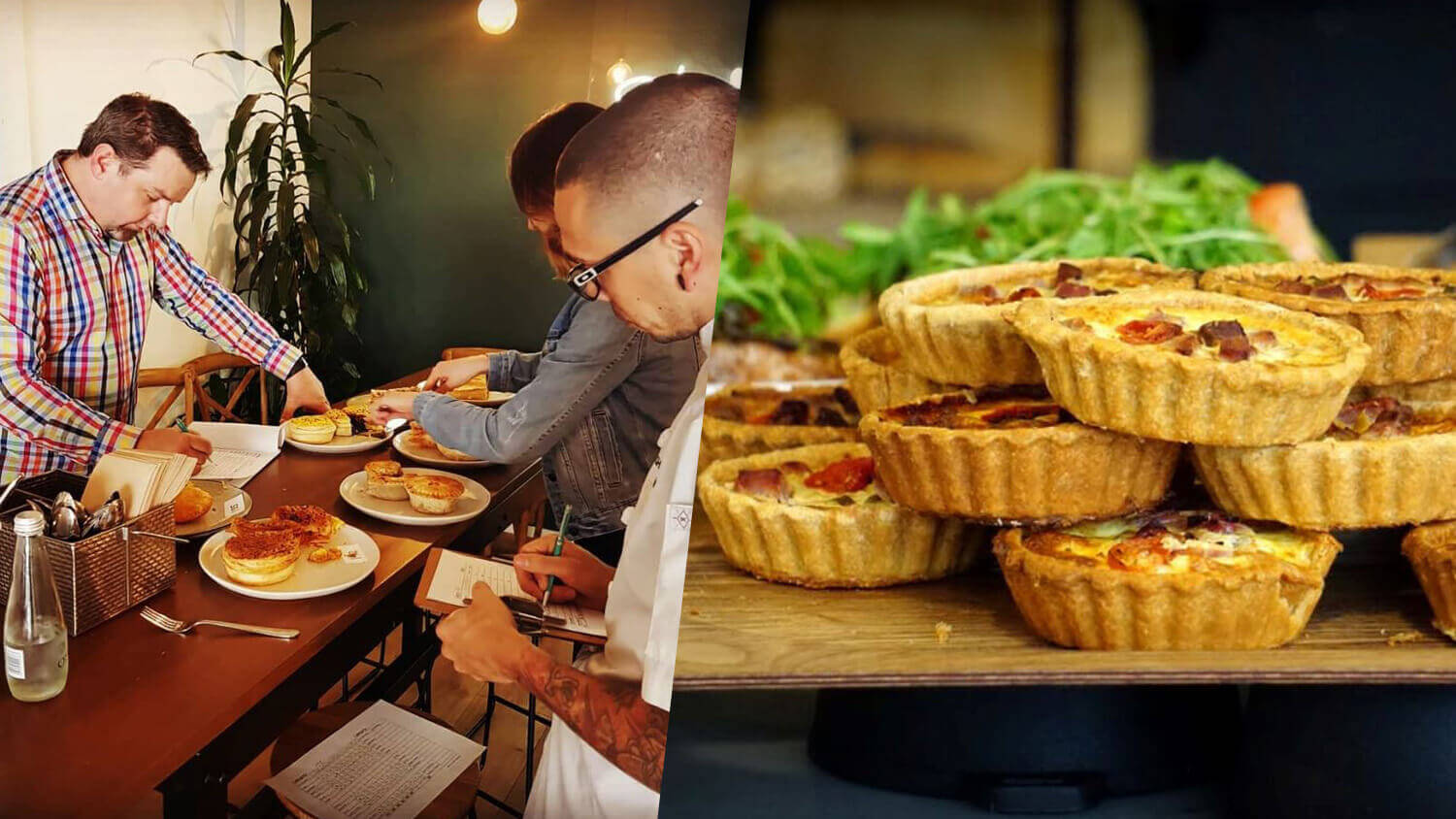 The NZ Vegan Pie Awards was founded after baker Philippa Stephenson was refused entry into the nation’s well-known Bakels Supreme Pie Awards. “They said no vegans, and I thought, ‘Well, this is rubbish. I sell hundreds and hundreds of these pies a day’,” she explained. “The prestige of having a Bakels Pie Award would be the pinnacle of my career, but I’m not prepared to eat an animal to get one.”

Although Bakels has since promised to accept vegan entries starting next year, Stephenson had already approached the New Zealand Vegan Society, which created its own plant-based competition in response.

“A pie without meat is still an iconic Kiwi meal on the run,” said Vegan Society national coordinator Amanda Sorrenson. “Vegans and those seeking a meat-free pie don’t want to miss out and can be tantalised with all sorts of exciting fillings, if anything possibly more diverse in variety.”

The competition took place at The Butcher’s Son, a plant-based eatery in Auckland, where 90 pies submitted by 30 different companies, were divided into seven categories, including vegan steak and cheese, meat-free chicken, and fruit pie.

The judges included industry experts and celebrity vegan judges Emmett Skilton, an actor, director, and producer, and actress Holly Shervey. Each pie was blind taste-tested and judged in terms of “excellence in taste,” pastry, texture, and even glaze.

According to Newshub, self-proclaimed meat-lover and executive chef at Aukland’s Sky Tower venue, The Sugar Club, Josh Barlow, who acted as a judge in the competition, praised some of the pies which “really stood out as really good pastries” despite containing no animal products.

He added, “There were a couple of pies that were visually and texturally the same as a mince and cheese pie that we’re all used to.”

Auckland’s Richoux Patisserie took the title for seven of the eight awards, including the Supreme Pie Award for their spiced apple and blueberry pie. Pioneer Pies took the crown for the gluten-free pie.

Across New Zealand, vegan pies are the new must-have dish. As the NZ Vegan Society says, “Plant-based vegan food has exploded to take centre stage in many New Zealand eateries due to its lower impact on the environment, and its benefits to both human health and animal welfare.”