Kroger, the third-largest supermarket in the United States, will bring the vegan meal replacer Soylent to over 1,850 stores, Food Dive reports. The move marks the brand’s largest retail expansion to date and adds to Kroger’s growing vegan options.

“Our success in building strategic retail partnerships around the country is evidence of the consumer demand for affordable, complete nutrition that delivers on expectations and tastes great,” Melody Conner, senior vice president of sales at Soylent, said in a press release.

While this is Soylent’s largest retail expansion, there are already some big-name stores where customers can buy Soylent. In April, the brand launched in Walmart locations in 14 states and it can be found in more than 2,500 7-Eleven stores nationwide. It is also available on Amazon, where it was the top-selling grocery product in January. 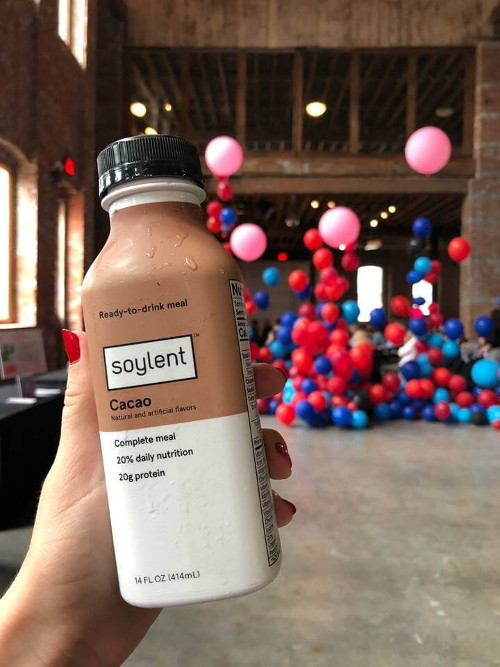 According to the company’s website, Soylent was co-founded in 2013 by Rob Rhinehart, Matt Cauble, John Coogan, and David Renteln, who met while working on start-up projects inside the same building in Sunnyvale, California. They had been living off of an easy, yet unhealthy diet of frozen corn dogs and instant ramen, which inspired them to consider a solution to the need for a simple, convenient, yet nutritious food source.

Soylent products are vegan and currently available in meal replacer beverage, caffeinated meal replacer, or powder form. The company claims that one bottle of Soylent provides 20 percent of one’s daily nutritional requirements and 20 grams of protein. While previous versions of the vegan meal replacer have caused nausea and vomiting in some instances, the updated formula seems to have resolved the issue.

Leveraging new developments in food technology, CEO Rhinehart created the first iteration of the plant-based meal replacer in his kitchen as an experiment. The product was named “Soylent” in homage to the 1966 sci-fi novel “Make Room! Make Room!,” (which inspired the 1973 film “Soylent Green”) after the founders realized that they may have created a potential solution for the hundreds of millions who suffer from hunger and food scarcity across the globe.

Committed to fighting global hunger, Soylent is a supporter of the non-profit hunger relief organization World Food Program USA, where it aims to help develop new solutions to world hunger. The brand also makes regular donations to food banks in California and throughout the U.S.