You can now get vegan Spanish-style sausage rolls at Waitrose.

The launch follows the roll-out of 40 new own-brand vegan and vegetarian products late last year, which included jackfruit-topped frozen pizzas, paella, carbonara, and fish-less fingers — the latter of which boosted meat-free sales 110 percent in one week.

Vegan food is finding increased favor in the UK as consumers seek out options for health, environmental impact, and animal welfare. Mintel data show that the UK launched more new plant-based products than any other nation last year, representing one out of six food item launches.

The report points to increased interest in flexitarianism, a diet focused on eating fewer animal products but not eliminating them entirely. Thirty-four percent of Brits surveyed said that they ate less meat in 2018, up from 28 percent in 2017.

The popularity of Waitrose’s vegan products isn’t a one-off. Edward Bergen, global food and drinks analyst at Mintel, added that plant-based own-brand supermarket products are becoming mainstream. “Additional space is also being freed up by UK supermarkets in the on-the-go aisles and small format stores to help promote vegan food and drink, making it easier for meat-eating consumers to try these new concepts out,” he said.

According to the supermarket’s data, sales of meatless products increased 85 percent from 34 percent between June and October 2018. The company also noted that searches for “vegan” on the website have doubled since 2017.

“The growing appetite for meat-free dishes has been reflected throughout the year with rising sales of vegan and vegetarian products, as well as the introduction of exciting and innovative new products to the foodie market,” said Chloe Graves, chilled vegetarian and vegan buyer for Waitrose, in a statement.

Along with the meatless sausages, Waitrose supermarkets now carry dairy-free pesto, vegan mac and mushrooms, and to-go options like a grab-and-go miso roasted sweet potato wrap and a salad with broccoli and freekeh. 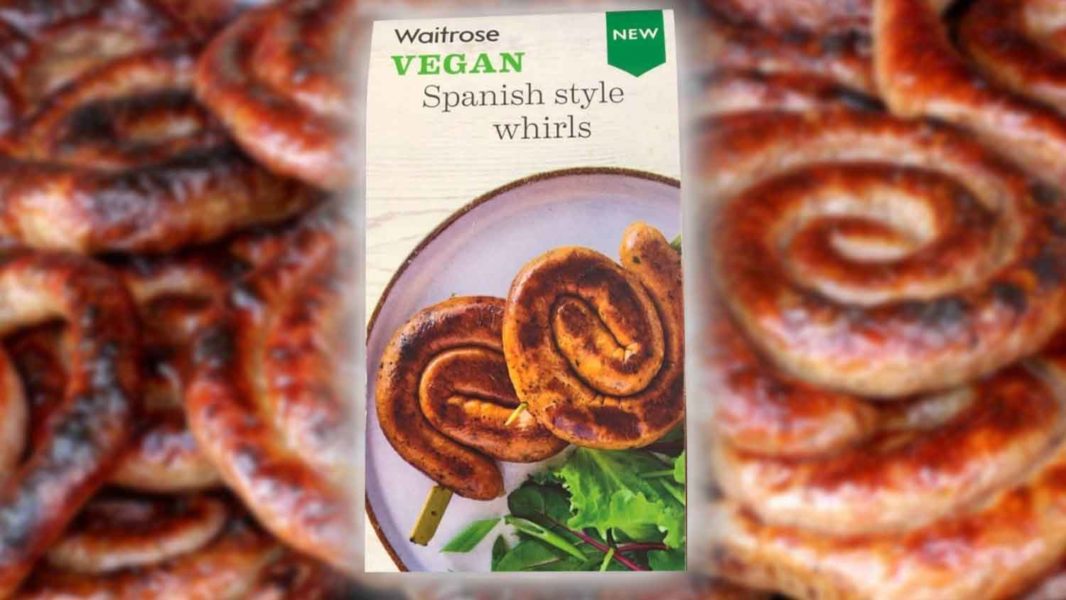