You can now buy vegan ravioli at Aldi in the U.S. The supermarket chain offers plant-based spinach ravioli under its Earth Grown label.

The pasta is certified vegan by the American Vegetarian Association, an organization formed in 1999 with the goal of helping consumers make more accurate food choices.

The vegan spinach ravioli, which is made in Italy, contains 0.5 grams of saturated fat and less than 1 gram of total sugar per 1/2 cup. It also contains no cholesterol.

Vegan ravioli with eggplant and yellow pepper is also available from Aldi supermarkets in the U.S. 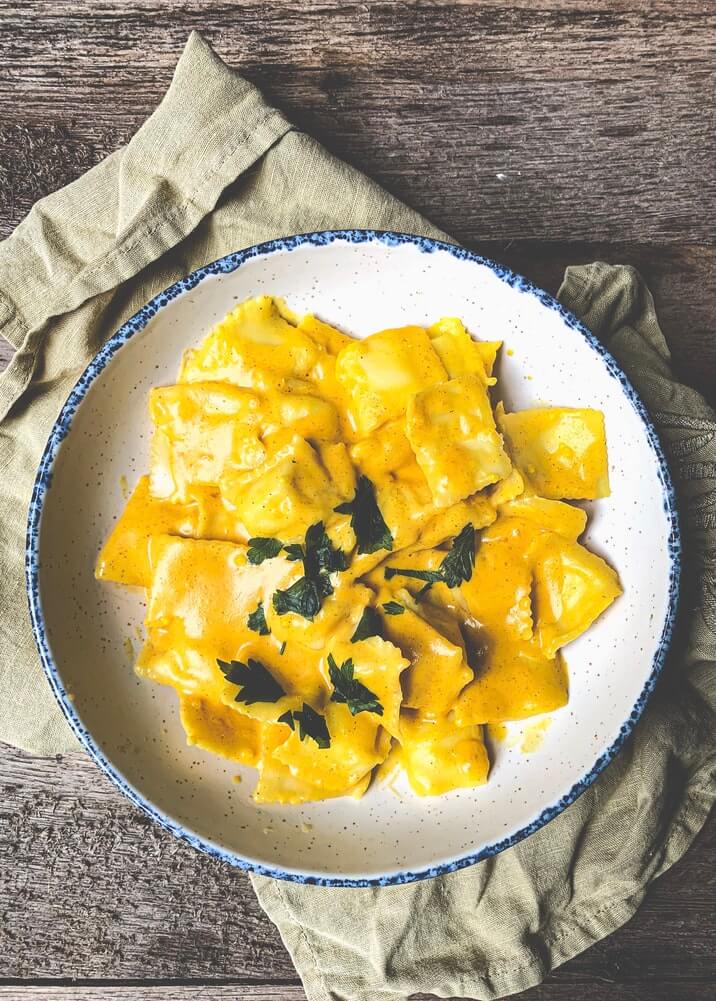 Plant-based Italian food is gaining popularity across the globe. Several restaurant chains in the UK have introduced vegan menu options to cater to rising demand, including Frankie & Benny’s, ASK Italian, and Pizza Express.

Last year, Aldi increased its vegan options at all of its 1,800 locations in the U.S.

“Customers want more products that are healthier for you, that are fresher, that are more convenient, that are more organic in nature, that come from a cleaner ingredient deck,” said Aldi US CEO Jason Hart. “As demand has been exponential in all those categories, we’ve had to re-merchandise the stores.”

The veg-forward change marked the largest product refresh in the history of the chain.