Made by FoodHeaven, Heavenly Whipped Spray Cream is free from gluten and soya. As well as Tesco, it’s available from Asda and Morrisons.

The product has received rave reviews from customers; one shopper stated on the Asda website, “this cream is so nice! I was amazed when I found this as I haven’t had cream in months since turning vegan!” Another added, “I always used to hate ‘pretend’ creams, but this really is nice.”

They continued, “light and creamy and has just the right sweetness! This isn’t going to go off and make you ill, and you are not supporting the cruel dairy industry.” 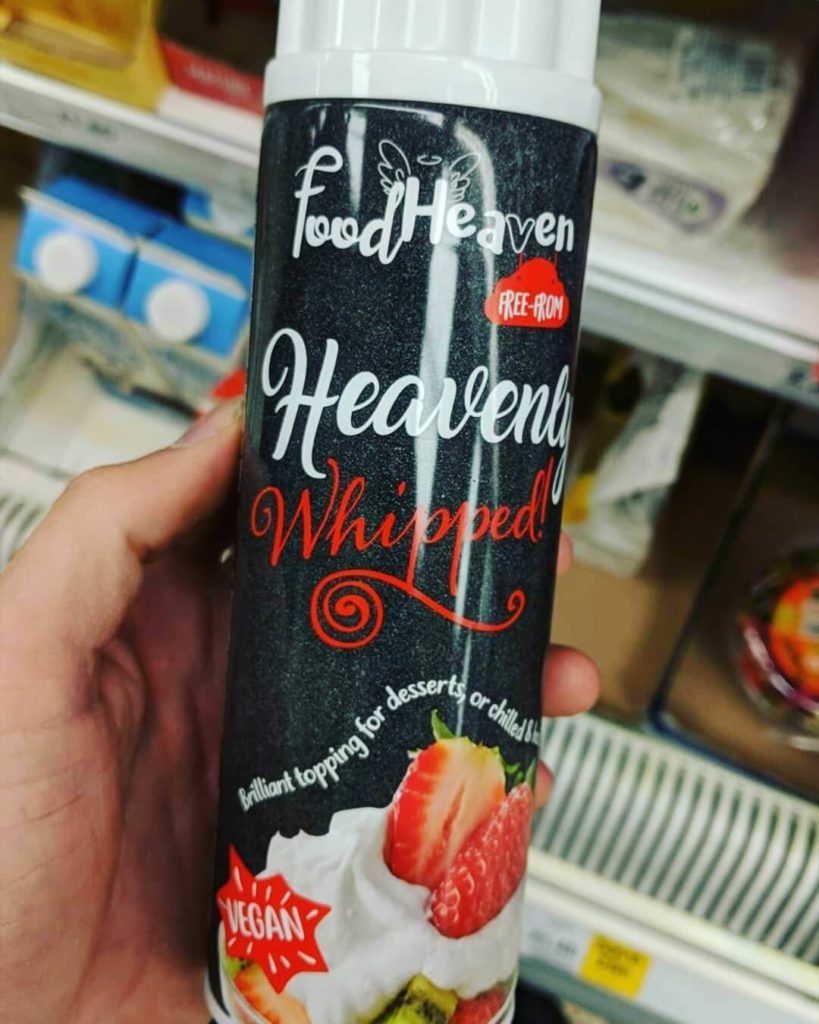 More and more consumers are switching off from dairy. According to a study from the beginning of this year, more than a quarter of 18 to 24 year olds in the UK have either reduced their dairy consumption or cut it out entirely.

Many consumers are driven by health motivators — dairy has been linked to an increased risk of cancer, diabetes, and acne. Emma Clifford, the associate director for food and drink at Mintel, believes the shift is also due to concerns surrounding sustainability and ethics.

According to the World Wildlife Fund (WWF), farmers keep approximately 270 million dairy cows around the world. The dairy industry is responsible for producing high amounts of greenhouse gas emissions and in some cases, the loss of prairies, wetlands, and forests.

“Heightened awareness of the detrimental impact that dairy production has on the environment, alongside concerns over animal ethics, has given rise to a new trend called ‘reducetarian,'” Clifford told the BBC.

“This [concern] sees adopters significantly reduce their consumption of animal products and is a key driver behind the strong performance of the dairy-free and dairy alternatives segments,” she continued.

The new squirty dairy-free whipped cream is available for £2.