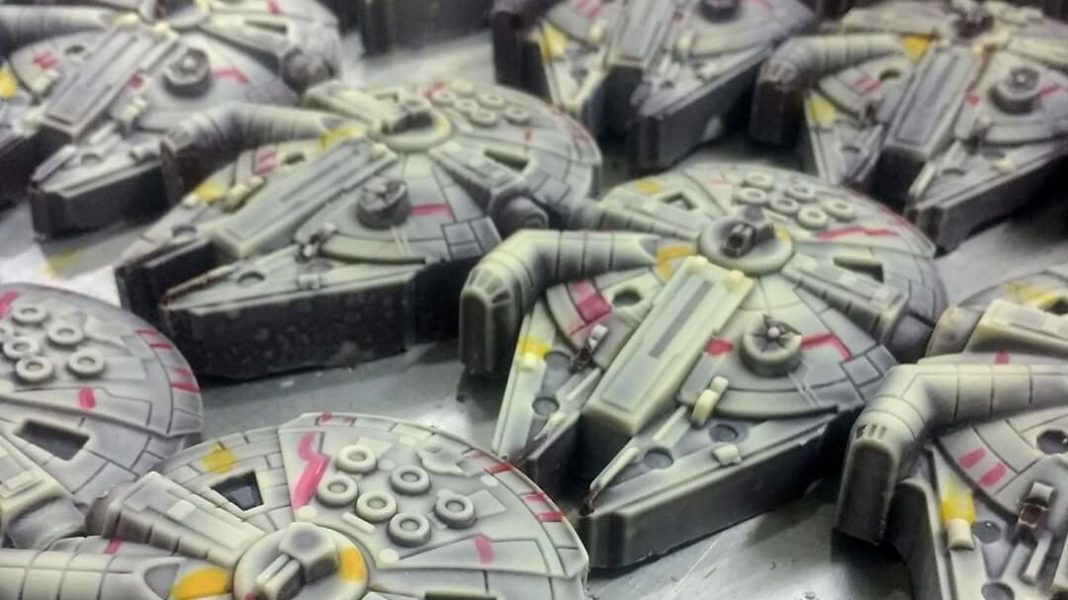 “Our stunningly detailed, handmade chocolate space ships look so amazing, lots of people are hesitant to eat them,” says the website. “But you should totally eat them because THESE SPACE SHIPS ARE DELICIOUS.”

The vegan “Star Wars” chocolates are said to have a “rich, mellow taste” thanks to a high proportion of cocoa butter and the “deep, robust flavor” of Ecuadorean Arriba Nacional cocoa beans. Each chocolate is made from solid, 63 percent cocoa and is hand-painted with cocoa butter.

The “Star Wars” chocolates aren’t the only nerdy confection made by Jon Good Chocolates. The company also makes daleks from “Doctor Who” and the Klingon Bird-of-Prey ship from “Star Trek,” which are also vegan.

Our #darkchocolate spaceships are being #handcrafted right now. Pick them up at the website for your favorite space opera fan. #chocolate #jongoodchocolates #vegan #giftidea

The worldwide demand for chocolate is on the rise, according to data from global market research firm Mintel. Increasingly, more chocolatiers are making vegan confections in response to rising demand from health-conscious consumers.

While many of the world’s most well-known candy-makers such as Nestlé and Mars have not yet made vegan options, artisan vegan chocolate is becoming increasingly popular.

While vegan chocolate is kinder to dairy cows, the Food Empowerment Project, a non-profit organization centered around food justice, highlights that it may not always be kind to humans. According to the website, the use of child labor – and in some cases, slavery – is widespread on cocoa farms in Western Africa, which supplies more than 70 percent of the world’s cocoa. The charity has a list of vegan chocolate from companies that either do not source from areas where child labor is most pervasive or use fair trade practices.

You don’t have to go to a galaxy far, far away to get vegan “Star Wars” chocolates – the company is based in Brooklyn and ships nationwide.