Updated July 18, 2019. There’s a new vegan Starbucks frappe on the menu to help you beat the mid-afternoon slump. The ice cream-inspired Cookies & Cream Frappuccino is here just in time for summer.

The new Starbucks drink is a mix of milk, cookies, and ice blended into a “perfect icy creamy cookie texture,” according to Starbucks. To make it vegan, ask your barista to use dairy-free milk, hold the whipped cream (but feel free to bring your own), and leave out the Chocolate Cookie Inclusion. Sources initially reported that the Chocolate Cookie Inclusion is vegan, but Starbucks UK clarified that it contains dairy.

Leaving out the cookie crumble defeats the purpose of a cookies ‘n’ cream frappe, but you can make your own at home so you’re not missing out. To do so, make a vegan vanilla milkshake and crumble chocolate in chocolate cookies, like Oreos. Then, top it with dairy-free whipped cream. Instead of vegan ice cream, you could also use frozen bananas with a touch of vanilla.

UK locations of the world’s largest coffee chain have become increasingly vegan over the past few years. There are now four choices of non-dairy milk — oat, soy, coconut, and almond — as well as multiple options for grab-and-go lunch and dessert. 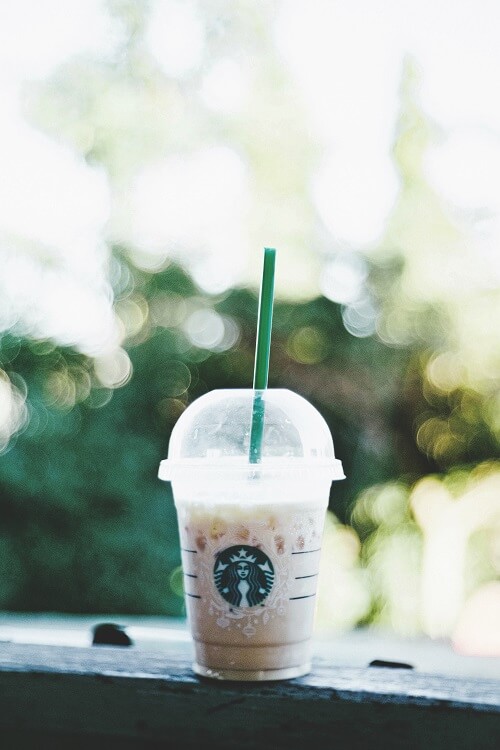 Starbucks new Cookies & Cream frappe can be made vegan

Starbucks added vegan mac and cheese and all-day tofu scramble breakfast burritos to the menu last February and it also offers beetroot wraps and roasted vegetable salads. You can get vegan chocolate and raspberry cakes from its bakery.

Vegan options are in high demand at Starbucks, according to chief executive officer Rosalind Brewer. At the annual shareholders meeting in March 2018, the COO said the chain is working toward adding more vegan options (which is reflected in UK menus but US locations are still lacking).

People in the UK are increasingly interested in vegan lifestyles, according to consumer brands services business Ceuta Group. The firm learned from analyzing Google data that there has been a 469 percent spike in the number of Brits researching vegan products. Health and concern for animal agriculture’s impact on the planet are the primary reason for the UK’s interest in plant-based diets.

“Consumers are paying more attention to what they put on their bodies and in their bodies when thinking about health, beauty, food, and drink. This seismic change is forcing brand owners to think differently,” said Ceuta Group managing director Annette D’Abreo, adding that retailers can stay “ahead of the curve” by offering more vegan options.