It’s officially Pumpkin Spice Latte season, and for vegans, that normally means giving a lot of envious looks during the morning coffee run at Starbucks. However, this is all about to change.

Up until now, the Starbucks Pumpkin Spice mix has not been vegan (it’s made with condensed milk). But, Vegan Pumpkin Sauce with Spice Flavouring is now available in Starbucks across the UK, Netherlands, France, Switzerland, and Austria. The news comes just after Starbucks launched two new vegan cold brew coffee protein smoothies in the U.S.

A vegan version of the Starbucks Pumpkin Spice Latte, or PSL as it’s often called, has been in demand for some time. One petition from five years ago gained the support of over 11,000 customers. The petition’s author wrote, “after speaking with numerous other friends of mine from across the country, I have decided to start this petition to ask Starbucks to please change the [dairy] ingredients of this beloved beverage [the Pumpkin Spice Latte].” 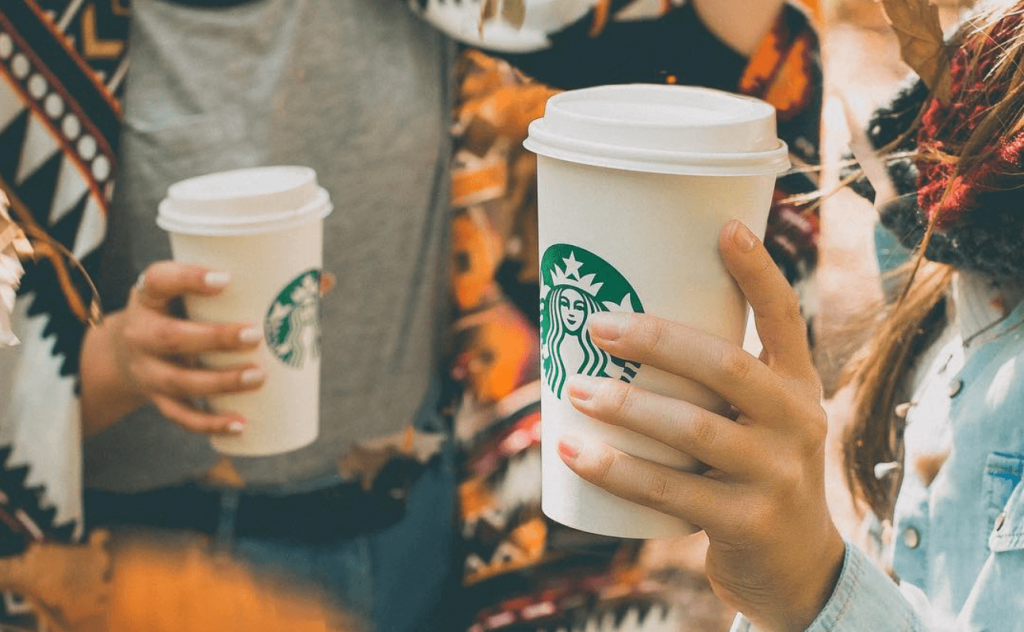 A lot has changed for the company in five years, particularly its array of vegan offerings, which used to be minimal. In July, the chain announced that the summer special plant-based Vanilla Bean Coconutmilk Latte was to become a permanent menu fixture. Further, across stores in the U.S. and Europe, the chain has added vegan cookies, wraps, protein cold brews, and even ice cream popsicles made with 3D molds, to its shelves.

CEO of the chain Howard Schultz even stated at the Seeds and Chips global food innovation summit in May, “the opportunity for plant-based foods is huge.” Schultz made the comments after Rosalind Brewer, Starbucks COO, said at a shareholder meeting in March, “We have a [vegan] line that we’d love to share with our customers later this year, so it is in our plans. We know our customers ask us that repeatedly, and we’ll be responding.”

Around the world, leading food and beverage chains are adapting their menus to include more vegan food options.  KFC, notorious for its lack of vegetarian and vegan options, recently debuted vegan chicken in it’s Vietnam locations. Domino’s has added vegan cheeses to its Australian and New Zealand menus. And a growing number of chains are beginning to offer the vegan Beyond Burger that looks, cooks, and tastes just like beef.