This year’s BAFTA ceremony will, for the most part, be going ahead as it has every year before. Everyone will be dressed to the nines, maybe some questionable designer gowns will make an appearance and there will be speeches, lots of speeches.

However, one thing has changed, and it involves the food. This year, the stars will be served an exclusively vegan starter and it looks both beautiful and delicious. The new menu was dreamt up by the executive chef of Grosvenor House, Nigel Boschetti and the Head Chef of BAFTA 195 Piccadilly, Anton Mangaaro. 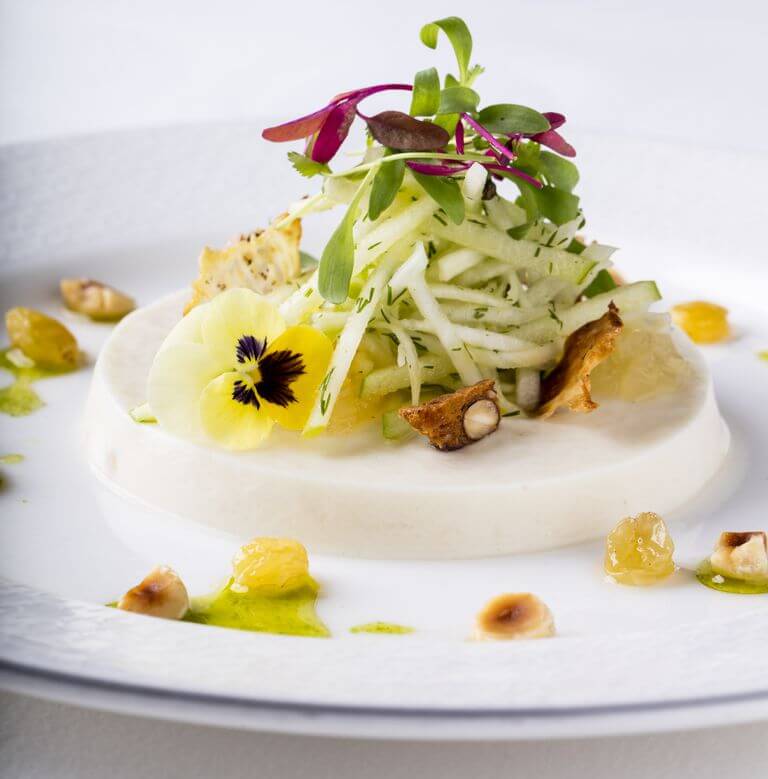 In the past, vegan guests have of course been catered for, however this is the first time that all the guests have been served a vegan option with no meat alternative. The starter will consist of celeriac cream and apple jelly, with pickled celeriac and apple, toasted hazelnuts, seeded crackers and raisins.

Many Celebrities have been very public recently with their choice to live a cruelty free lifestyle. Actor James Cromwell recently even received an award for his activism from People for the Ethical Treatment of Animals (PETA). Another celebrity, will.i.am, recently revealed his decision to go vegan, stating it was for the benefit of his health but a further post insinuated it was also for ethical reasons.

Here’s hoping this year’s new starter at the BAFTA’s will be a source of inspiration and more celebrities will make the decision to follow a kinder, healthier and more ethical diet.