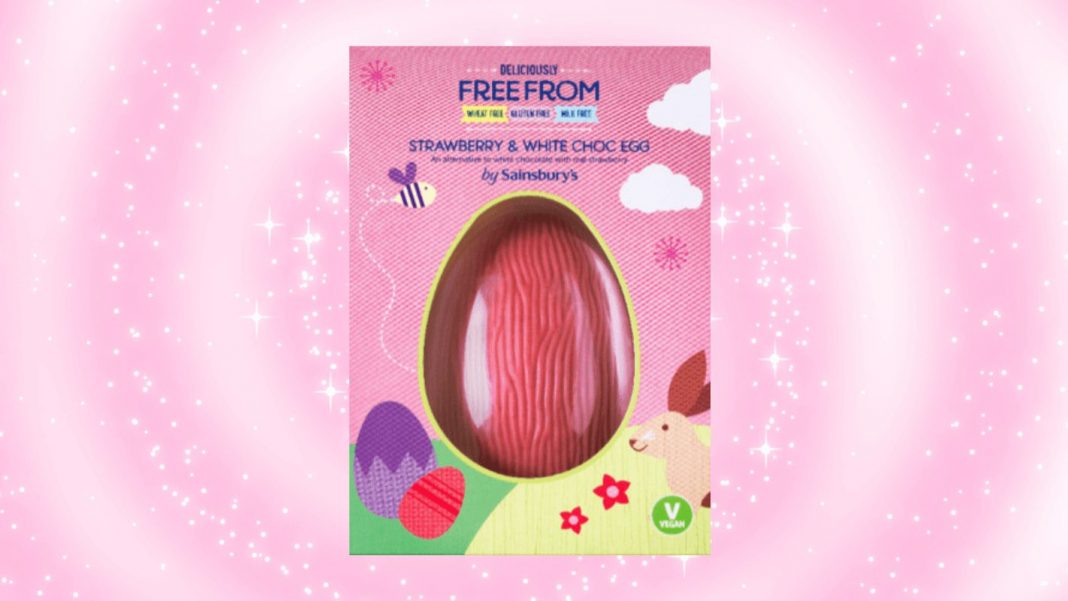 Vegan strawberry and white chocolate Easter eggs are now a thing, thanks to Sainsbury’s.

The second largest supermarket chain in the UK just launched baby pink-coloured eggs under its Free From range.

The Easter eggs are “flecked and flavoured with delicious strawberry pieces” and taste like milkshake, according to the brand.

The sweet treat joins other vegan-friendly products introduced in time for Easter.

Mummy Meagz, that makes chocolate without animal products, created a vegan version of the popular Cadbury Creme Egg. The “gooey, chocolatey” egg, that is also gluten-free, is “impossible indulgent,” according to the company.

The inclusion of a vegan Easter option at Sainsbury’s aligns with the company’s recent movements toward plant-based food.

Earlier this year, Sainsbury’s reported that it had experienced a 65 percent increase in sales of vegan products over the last year. Vegan product searches boosted by 82 percent.

The company announced it would begin selling its vegan and vegetarian meat alongside animal-based meat.

Plant-based buyer for Sainsbury’s, James Hamilton, said that the move was inspired by a lowered demand for meat. “We were looking at as a business the challenge we face in the future, if we sell less and less meat what do you backfill it with,” he explained.

“The general market dynamic is that meat is on the decline,” Hamilton continued. “This is a way of giving people more choice and new ideas.”

Sainsbury’s is selling its Free From strawberry Easter eggs for £3.50.