The new store is already a success. According to Starrs, the supermarket nearly sold out of stock on its first day of trading. He told the Courier, “we have had a great response from the public and, after the first day of trading, there was hardly any stock left.”

As well as vegan meats and cheeses, Redshift also sells cruelty-free beauty products and personal care items. “We aim to be a one-stop-shop offering goods at reasonable prices,” he explained. According to Starrs, vegan products from mainstream supermarkets tend to be more expensive than their non-vegan counterparts.

He also aims to make life easier for ethical shoppers. “People don’t have to continually read the label to check that the product is suitable for their lifestyle,” he said.

The shop will offer refillable stations in a bid to cut down on plastic waste. Customers can purchase cleaning products, for example, and then refill without having to buy another container. 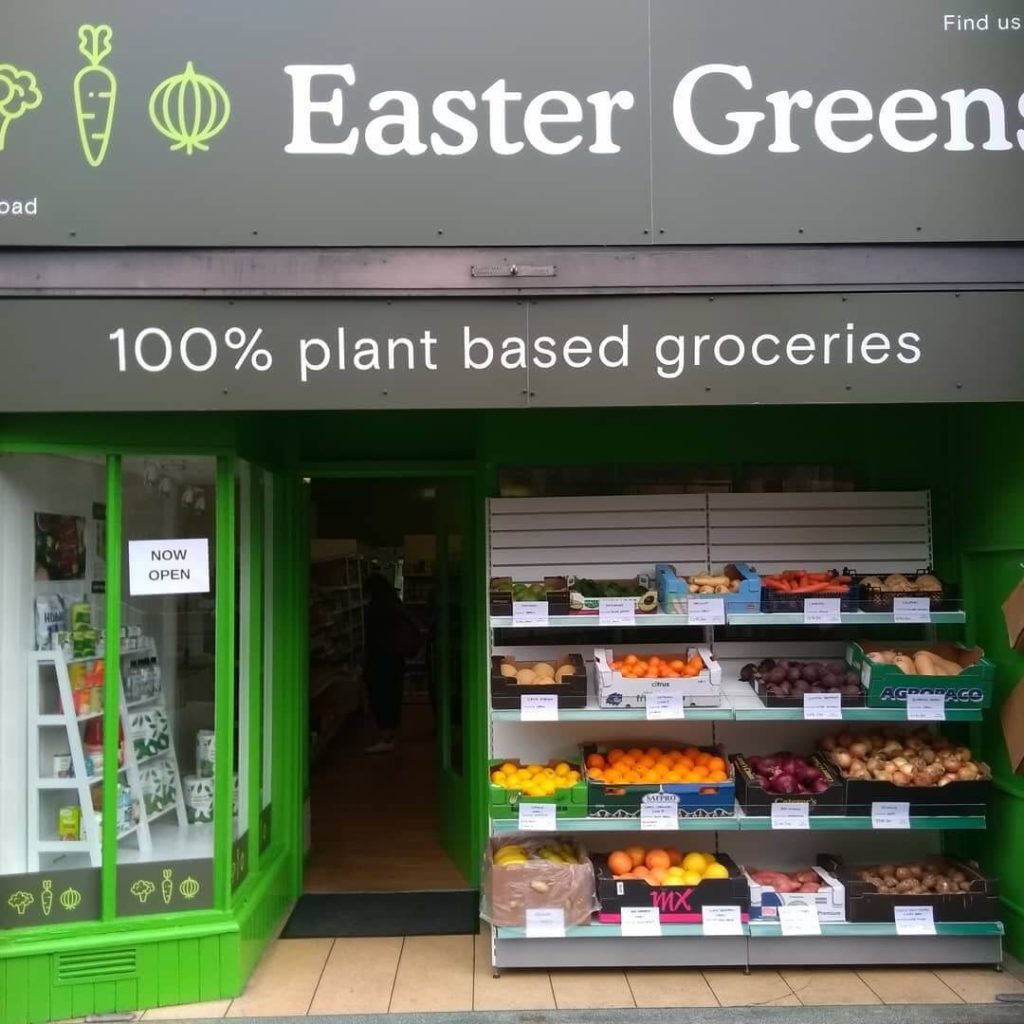 Starrs notes that more and more people are trying to live a more sustainable and vegan-friendly lifestyle. Personal health is also a motivator. He says, “I’ve met a number of people who have felt a range of health benefits after becoming vegan.”

Starrs is right in his observations. At the beginning of the year, a record number of Scots went vegan. More people chose to ditch animal products than booze for their New Years resolution. “With Brits more environmentally aware than ever before, we’ve seen a real surge in people going vegan,” said Anita Naik, the lifestyle editor at VoucherCodes.co.uk to the Scottish Sun.

Redshift isn’t the only business catering to this demand for more plant-based foods. Another vegan supermarket, called Easter Greens, opened in Edinburgh at the beginning of August.

The country also recently became home to the UK’s first vegan hotel. From the cleaning products to the room service menu, everything at Saorsa 1875 is completely vegan and cruelty-free. Owner Jack Mclaren-Stewart explained to the Scottish Sun, “we wanted to create a space where anyone, vegan or otherwise, can come and experience the beauty of the Highlands without feeling like they’re compromising on their ethics.”

Redshift is located on Murray Street in Montrose, Angus.