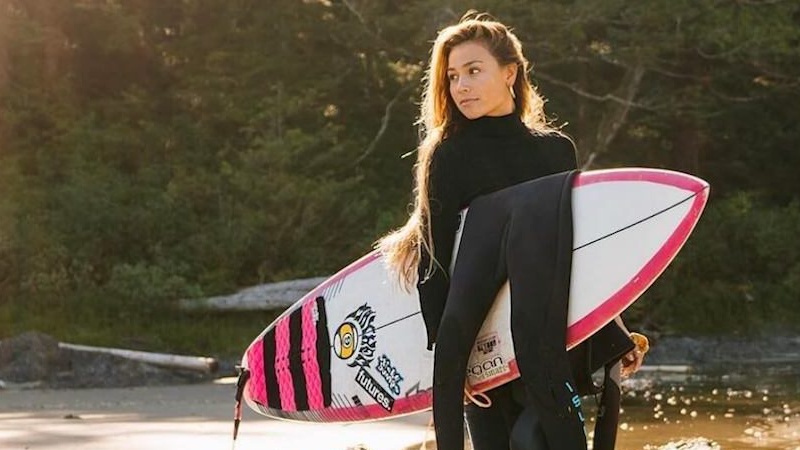 Vegan surfer, Tia Blanco, just scored another major victory. The twenty-one-year-old was crowned champion at the Rip Curl Pro Tofino 2018 Championships on May 13, adding to her impressive collection of victories.

The Rip Curl Pro is Canada’s longest-running surf competition, attracting talent from all over the world to ride the waves at Cox Bay in British Columbia. Blanco won the title of champion in the Women’s Professional division, beating out the native Canadian competitor, Mathea Olin. Although the competition was tight, Blanco just seemed to enjoy the experience. She told Mountain Culture Magazine, “It was so fun out there…The conditions were so amazing, it was pumping. I had a blast and I’m just super pumped to be here at the Rip Curl Pro.”

Post workout nutrition is vital for your health and there is no better way to replenish your body than with @livevegansmart . Some benefits to drinking this #plantbased protein after your workouts include: •Improved recovery •Less muscle soreness •Increased ability to build muscle •Improved immune function •Improved bone mass •Improved ability to utilize body fat #livevegansmart ????

Not only is Blanco an incredible surfer, she is also a powerful representative of the vegan lifestyle. She is featured in “The Game Changers“ documentary, which highlights successful vegan athletes in an attempt to disprove the stereotypes surrounding vegan protein and athletic performance. She also actively promotes the vegan lifestyle through her Instagram and Facebook pages, Tia’s Vegan Kitchen, which are solely dedicated to showcasing healthy plant-based meals. For Blanco, fueling on a vegan diet is simple, as she was raised as a vegetarian and decided to go vegan in 2013. After five years of training vegan, she knows what works.

Blanco is one of many athletes thriving on a plant-based diet. There are those who have toted the lifestyle for years, such as Dotsie Bausch, Rich Roll, and Meagan Duhamel, while others are just catching on. Like Blanco, many have expanded their careers by promoting the plant-based movement through various campaigns, cookbooks, and businesses. For example, Duhamel, a gold medal Olympic figure skater, has her own vegan nutrition and wellness blog, whereas ultra-endurance athlete Rich Roll has built an empire of cookbooks, retreats, and other resources that surround plant-based eating. Nick Blevins, a rugby player for the Canadian national team, has even tried his hand in the kitchen and created this own vegan cheese and yogurt company, Beetroot.