Is 3D-printed vegan food the future? Open Meals, a Japanese food tech company that makes its sushi using vegan ingredients, aims to be part of a food revolution.

The company demonstrated its “Pixel Food Printer” at SXSW last March, showcasing pixelated sushi that looks like something out of an 8-bit video game. To make the sushi, the company utilizes a “Food Base,” a digital library that stores data on the characteristics of food such as taste, texture, color, shape, and nutrition.

The food is “printed” via a robotic arm called the Pixel Food Printer, which injects each pixel with the aforementioned data, according to Mashable. While Open Meals isn’t yet completely vegan — depending on the type of sushi, it may use fish — the plan is to become plant-based using sustainable ingredients like seaweed and rice powder. 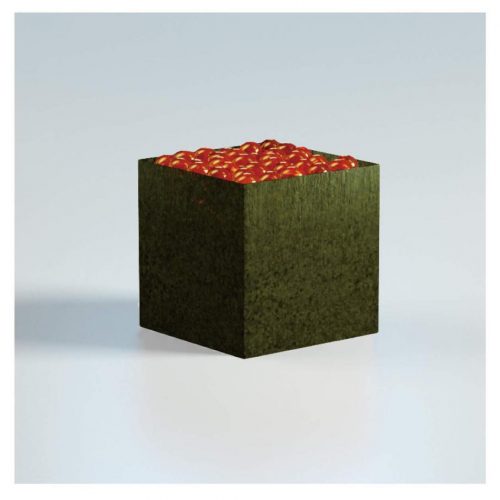 “The concept of our food printer is to print out various types of meal with using minimum ingredients possible,” an Open Meals representative explained to LIVEKINDLY in an email.
“Because, if the printer is specialized to one meal, the application would be very limited. So, the ingredients we use must be something that can be available globally. And we think the plant-based/natural materials have potential for the purpose. We need more R&D at this point and for the time being, we also use fish.”

“Our intention is not to mimic the original taste and reproduce it. It is more about expanding our sense of taste,” says the Open Meals rep. “That’s why we focus more on textures. For example, we try to incorporate an architectural structure into newly designed sushi.” 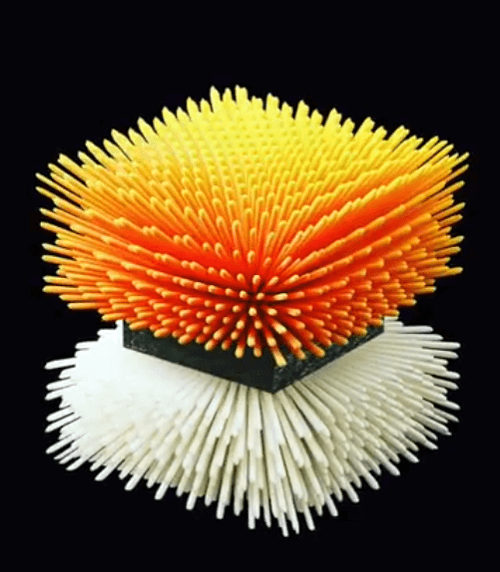 Eventually, Open Meals hopes to make its 3D-printed sushi look closer to the real thing. It is also working with a Michelin-star chef to help improve flavor and texture. It may even use cell-cultured tuna in the future. The website shows several types of conceptual sushi, from uni sea urchin made from rice flour that looks like a futuristic Koosh ball, to 3D-printed octopus that would have a bouncy texture similar to the real thing.