The ultimate vegan sushi restaurant is opening later this month in Montreal.

Bloom Sushi, the new restaurant, is the product of a collaboration between two existing popular vegan restaurants in the city: Sushi Momo and LOV.

According to Eater, the small 40-seater eatery will serve “expertly crafted rolls and other sophisticated Japanese-inspired dishes, including reimagined spring rolls, edamame, and other dishes.”

LOV’s founder Dominic Bujold is taking the lead of the new concept, which is set to mix sophisticated high-end dining with “cozy izakaya ambiance.” An izakaya is a type of informal, casual Japanese tavern — similar to an English-style pub or Spanish tapas bar.

Bujold notes that Bloom Sushi will embrace a new style of vegan dining. The aim is to move away from traditional plant-based sushi ingredients, like avocado and cucumber, and show vegans and omnivores alike that vegan sushi can taste just like traditional seafood.

In its first Instagram post, Bloom Sushi wrote, “this summer, the LOV team and the Sushi Momo family bring their strength together to offer the best of plant-based sushi. Good for you, good for your tummy, good for the oceans.” 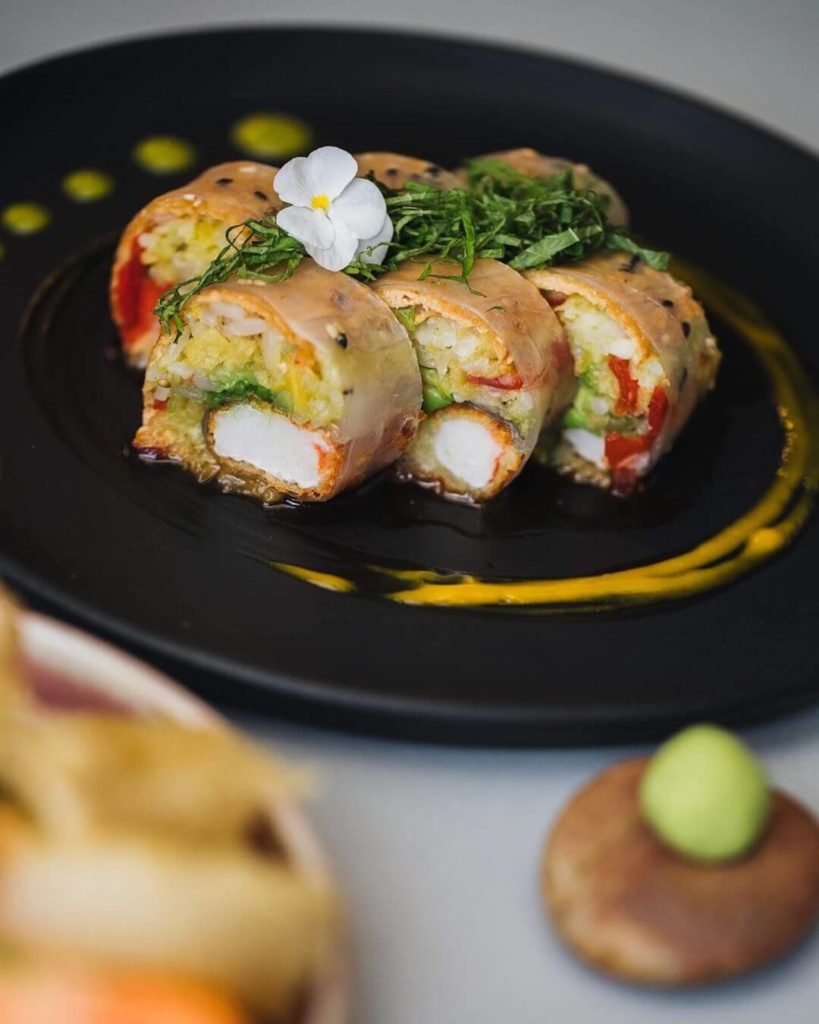 “Entanglement in fishing gear is the leading threat for whales and dolphins around the globe — estimated to cause at least 300,000 deaths per year,” says the WWF (World Wildlife Fund) on its website.

Overfishing has depleted 90 percent of the world’s fish stocks, according to FAO data.

According to a study from the end of last year, at least 6.4 million people in Canada are trying to limit their meat consumption. Research from last summer highlighted that nearly 10 percent of the population now consider themselves vegetarian or vegan.

Most of these people are under the age of 38. Sylvain Charlebois — a professor of food distribution and policy at Dalhousie University in Halifax — told LIVEKINDLY, “[younger consumers] are more likely to consider factors like climate change and animal welfare as critical issues while consuming meat products.”

Bloom Sushi is currently looking for staff. It will open its doors in September.