On the last Thursday in November, millions will sit down to Thanksgiving dinner. The national holiday is centuries-old, dating back to celebrating the bounty of the harvest season. Today, Thanksgiving has become a social holiday—a time to give thanks with our friends and family or for giving back to the community. For millions, turkey will be at the center of the table. But many are swapping the tradition for a vegan Thanksgiving. 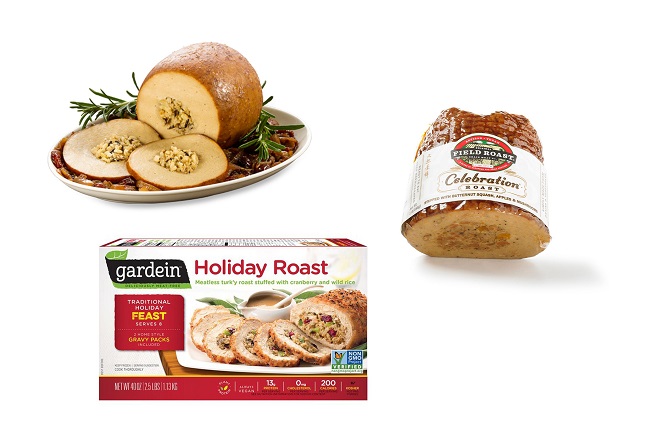 It’s completely valid to have a vegan Thanksgiving without a centerpiece. In fact, a lot of people will say that the holiday is really all about the sides (oh, and friends and family). But, there are options for those looking for a more traditional dinner.

The iconic Tofurky roast has been the centerpiece of many Thanksgiving tables since its debut in 1997. The ham-shaped roast features a spring seitan-and-tofu outer filled with a festive wild rice stuffing.

You can follow the instructions on the box, or turn to the internet for tips and tricks on cooking a Tofurky Roast. Nancy Olah, the author of the blog Fool a Carnivore, bastes hers with vegan broth as it cooks in a clay pot with carrots and potatoes. The bloggers behind I Love Vegan arrange their Tofurky in a roasting pan with vegetables and a savory sauce, then cover it in tinfoil before it goes in the oven.

Vegan meat brands Gardein has two options for Thanksgiving. The Holiday Roast, made from soy and wheat protein and filled with a cranberry-wild rice stuffing, serves up to eight people. The Savory Stuffed Turk’y, which comes in a bag like Gardein’s other meat-free options, is good if you’re having a smaller celebration. Both come with vegan gravy.

Trader Joe’s has a cult following with good reason. The popular grocery store chain celebrated in online groups for its budget-friendly options. For the past few years, Trader Joe’s Breaded Turkey-less Stuffed Roast With Gravy has been part of the grocery store’s holiday assortment. It features a wild rice stuffing core surrounded by soy protein and grain meat coated with a crisp herb breading.

While there are plenty of convenient options for vegan roasts, you can also try your hand at making your own. This meat-free stuffed roast is made from a blend of seitan and white beans and features a kabocha, mushroom, and everything bagel-spiced stuffing. 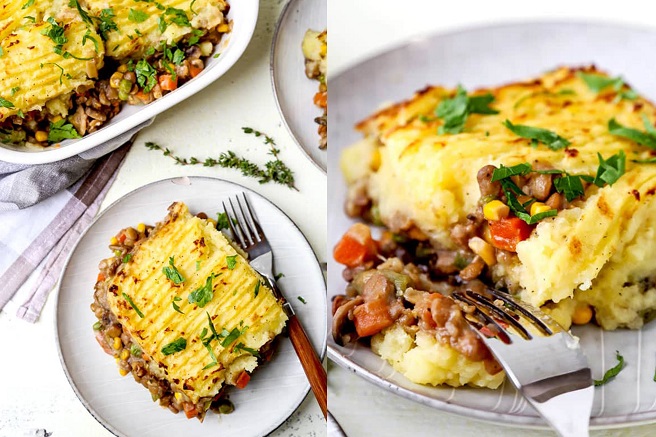 Who could resist something covered in mashed potatoes? | Pickled Plum

A meatless shepherd’s pie filled with lentils, mushrooms, vegetables, and herbs covered with a layer of dairy-free mashed potatoes that brown up in the oven. Need we say more?

What should you bring for sides? Here are some ideas for what vegan dishes to bring to Thanksgiving.

This vegan stuffing features bread, leeks, and Honeycrisp apples cooked in the oven with an herb-infused broth. According to its creator Lisa Le, you can even kick it up a notch with vegan sausage or fresh herbs.

Of course, you need biscuits to mop up all that gravy. With no eggs, milk, or butter, these cheesy, fluffy, dairy-free biscuits belong on your Thanksgiving table.

Nobody will believe these creamy, buttery mashed potatoes are actually dairy-free.

This vegan green bean casserole is a classic that will have everyone coming back for seconds.

Mac and cheese is a classic that nobody should miss out on. This dairy-free version features a butternut squash-based cheese sauce, topped with Brussels sprouts. 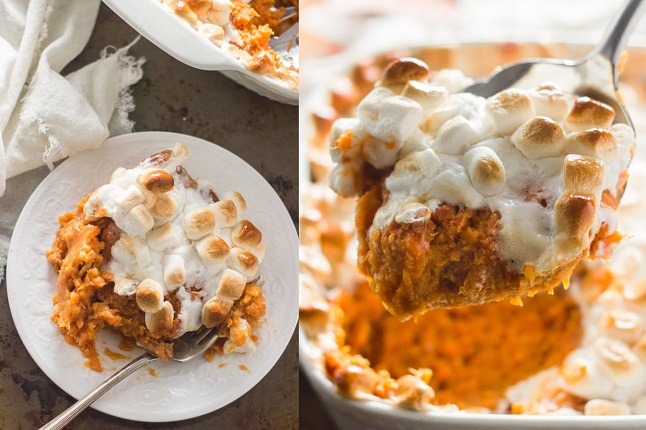 Topped with gooey vegan marshmallows and crunchy pecans, this sweet potato casserole is the next best thing to dessert—but make sure you save room for pumpkin pie.

Hackett notes that just like with traditional gravy, timing is everything. Stay close to the stove-top, and stir constantly to prevent lumps. Listen to your intuition and add more liquid as you see fit, keeping in mind that your vegan gravy will thicken as it cools. Get the recipe here.

Remember to bring pie! These vegan Thanksgiving desserts will have everyone looking to grab a slice before dinner.

You’ll want to accompany this vegan pumpkin pie with a big dollop of dairy-free whipped cream. 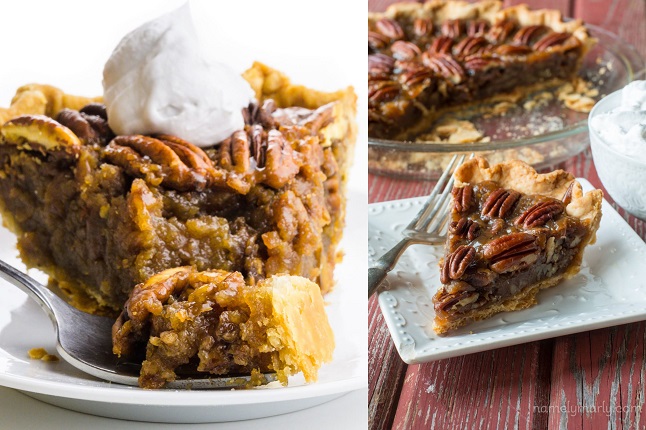 Crunchy, sweet, and infused with a dash of rum, this vegan pecan pie is the perfect dessert.

The Korean Vegan’s Dooboo Jorim Is Fancy Tofu Made Easy

Indigenous Peoples’ Day: Recipes to Celebrate the History and Culture