Animal activist and actor Christian Serratos, best known for her role portraying Rosita Espinosa in the hit horror TV show The Walking Dead, recently paid a visit to the residents of The Gentle Barn Los Angeles, an animal sanctuary that provides a safe home to animals rescued from abuse and neglect.

Serratos spent the day interacting with the sanctuary’s llamas, pigs, goats, cows, chickens, and turkeys. In honor of the Serratos’s visit, The Gentle Barn founder Ellie Laks announced that the newly rescued mother cow would be named “Rosita,” after her character in The Walking Dead.

“We at The Gentle Barn Foundation are honored to name our new rescued mother cow ‘Rosita’ after longtime animal advocate Christian Serratos’ character on The Walking Dead,” Laks said in a press release. “Like the character Rosita, our new cow embodies strength, courage, possesses deep protective qualities and has an inherent will to survive. She was rescued from a Los Angeles slaughterhouse with her baby calf, and we are so grateful to welcome them to The Gentle Barn to live free as nature intended.” 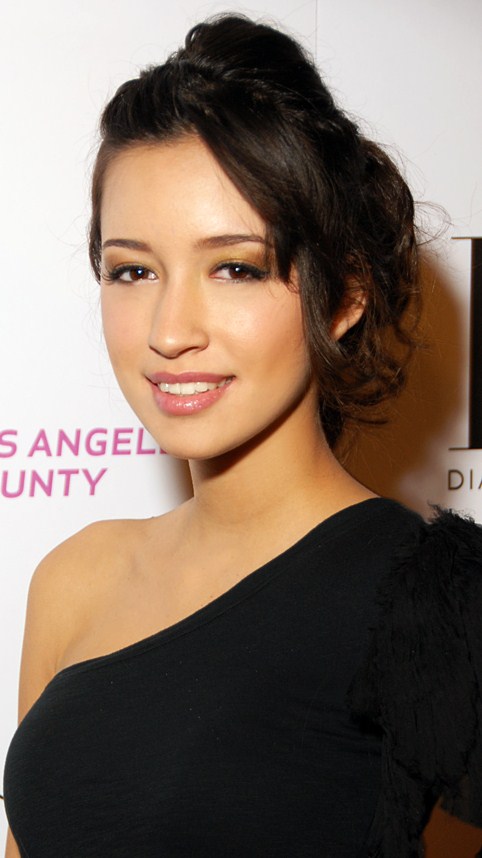 Regarding her visit, Serranos said, “As a new mom, it’s heartbreaking to think about what would have become of this beautiful cow and her baby calf. Thanks to my friends at The Gentle Barn, they will live their lives in peace together as mother and son. It’s such an honor that they named her Rosita, and so fitting because she is fiercely protective. I’m so looking forward to bringing my daughter to the sanctuary to meet her and all of the other rescued residents!”

Rosita (the cow) and her baby were rescued from a Los Angeles slaughterhouse last week. The mother had given birth to the baby inside the slaughterhouse and was allowed to move to The Gentle Barn’s California location. They are currently residing in the sanctuary’s Healing Center, where new resident animals go to recover. Often times, animals rescued from slaughterhouses require time and extra care to help them recover from the physical and mental trauma of being raised in the animal agriculture industry.

Christian Serratos is a longtime vegetarian and animal rights activist. She’s participated in several PETA campaigns, including an anti-fur effort where she confidently posed nude declaring “I’d rather go naked than wear fur.” In 2012, she appeared in an ad for PETA urging people to go vegetarian, saying “Your body shouldn’t be a graveyard. Factory farms are hell for animals, and their death is slow and painful. Help animals by not eating them.”

The Gentle Barn welcomes visitors for tours at its California, Missouri, and Tennesee locations.