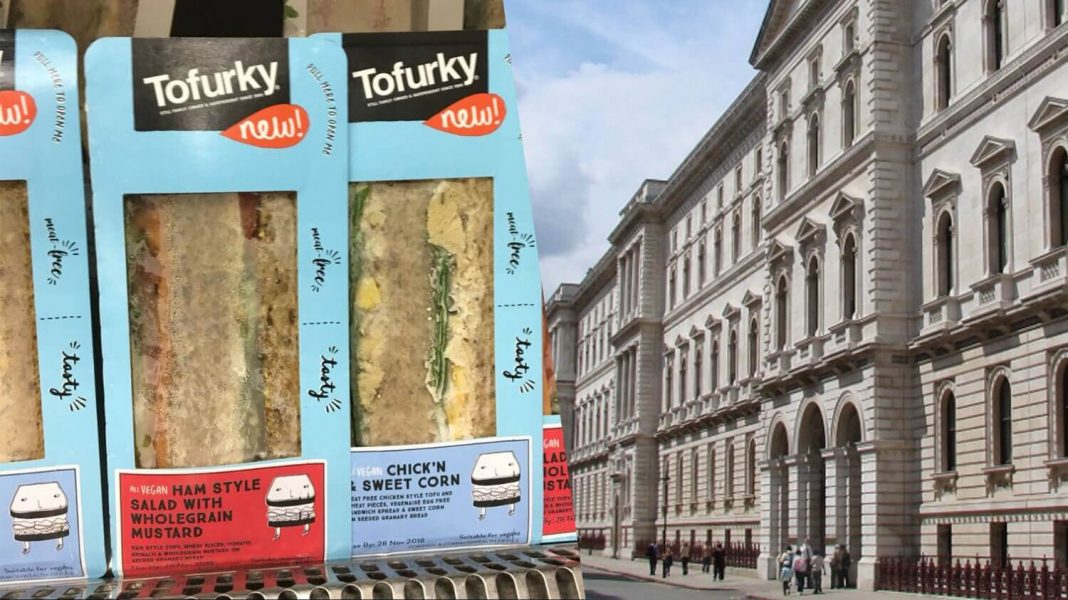 According to Boston-based British Consul General Harriet Cross – a vegan herself – new Tofurky Chik’n & Sweet Corn and Ham Style Salad sandwiches have appeared on shelves at the FCO coffee shop on King Charles Street in London.

Cross tweeted earlier this week, “Thanks to @foreignoffice for giving us vegan diplomats some choice in the FCO King Charles St coffee shop. Vegan @Tofurky sandwiches!”

In September of last year, Tofurky sandwiches hit shelves at Whole Foods stores in the UK, and whilst they are yet to be spotted in any other major chains, a number of plant-based sandwiches have cropped up in UK supermarkets since.

Thanks to @foreignoffice for giving us vegan diplomats some choice in the FCO King Charles St coffee shop. Vegan @Tofurky sandwiches! ? ? pic.twitter.com/noHIo3s8j5

The new range of grab & go options appearing in supermarkets, cafes, and at the FCO is in response to growing consumer demand for more vegan options across the UK, for health, animal welfare, and environmental reasons.

According to major organisations such as Greenpeace, the world must reduce its meat intake by 50 percent by 2050 in order to prevent dangerous levels of climate change. Members of the UK government, such as Cross and Environment Secretary Michael Gove, recognise this need to reduce animal product consumption across the country.

Earlier this month, Gove “welcomed” a plan put forward by UK national newspaper The Telegraph which stated Premier League football clubs should offer more vegan options to fans if they want to be more sustainable.

After he was presented with the newspaper’s plan – which also asked Premier League clubs to switch to sustainable energy suppliers and ditch single-use plastic – Gove said, “With its global influence, the Premier League has an opportunity to inspire its fans and employees to not only tackle the scourge of plastic but the wider challenges facing our planet.”