Mimic Seafood uses Finggerino — a tomato species developed by another Spanish company — to create its plant-based tuna. This strain of tomato was chosen for its shape and texture.

“We simply cut and peel the tomato, then it undergoes a flavoring process and baking to give it its final texture. The most important factor for us was to mimic an experience,” Mimic SeaFood founder Pedro Alvarez Bretonesto told CompassList in an interview earlier this year.

“Tunato” has been compared to a similar tomato-based tuna created by American brand Ocean Hugger. Both companies use a natural tomato base, seasoned with simple ingredients, to replicate animal-based sushi fish. Ocean Hugger and Mimic SeaFood both seek to provide a sustainable, vegan alternative to eating fish. 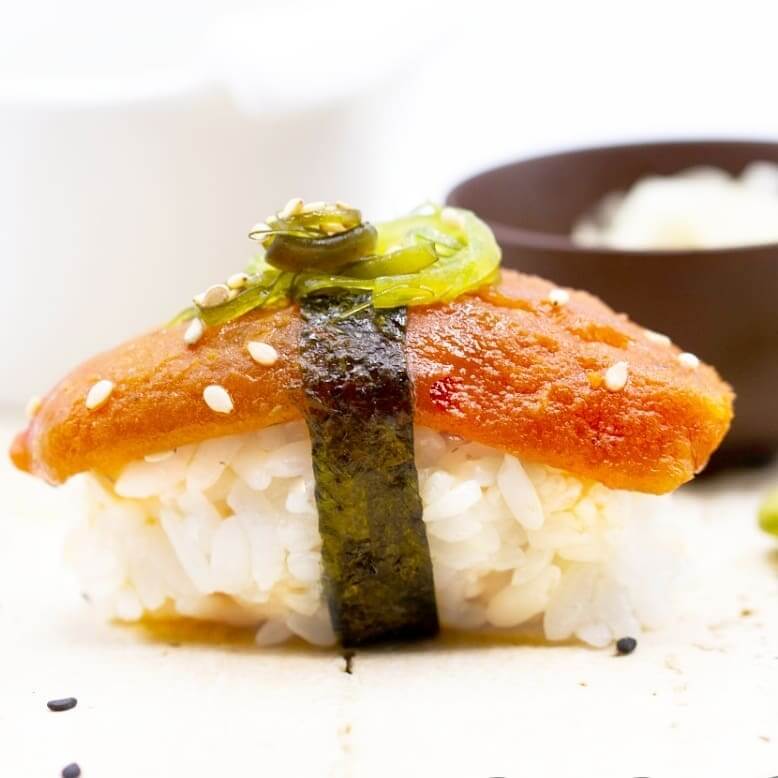 Overfishing has exhausted 90 percent of the world’s total fish population, according to FAO data. Tuna, in particular, is at risk. According to the International Seafood Sustainability Foundation, 13 percent of tuna stocks are currently considered overfished.

Oceans are critical to all life on earth and produce more than 50 percent of the world’s oxygen. They also absorb 50 times more carbon dioxide than our atmosphere. A new report commissioned by marine conservation charity Our Fish has suggested that ending overfishing could help mitigate the effects of climate change.

The increasing availability of vegan fish could help to decrease the pressure of overfishing on aquatic life.

“The oceans are not an inexhaustible source. EAT VEGAN SUSHI,” says Mimic SeaFood on Instagram.

Mimic’s Tunato is currently available at the Ametller Origen Commons Restaurant in the Barcelona World Trade Centre. According to the company, its plant-based fish will be available in other sushi restaurants soon.