You can now get vegan tuna and egg salads from Sprouts Farmers Market.

Cedarlane Natural Foods has been producing pre-prepared veggie and vegan meals since 1981, when founder Robert Atallah was producing and selling Mediterranean inspired food by himself, based on his grandmother’s recipes.

“I’m proud and humbled to have been among the first companies to introduce healthy and organic products to the frozen foods sector,” said Atallah to Food Navigator. “Somehow back then, I believed in having a health food free of any preservatives.”

While some of the Cedarlane meals contain animal products such as egg, Cedarlane stocks a wide variety of plant-based options and have now been a cornerstone of healthy and vegetarian ready-meals for nearly 40 years. 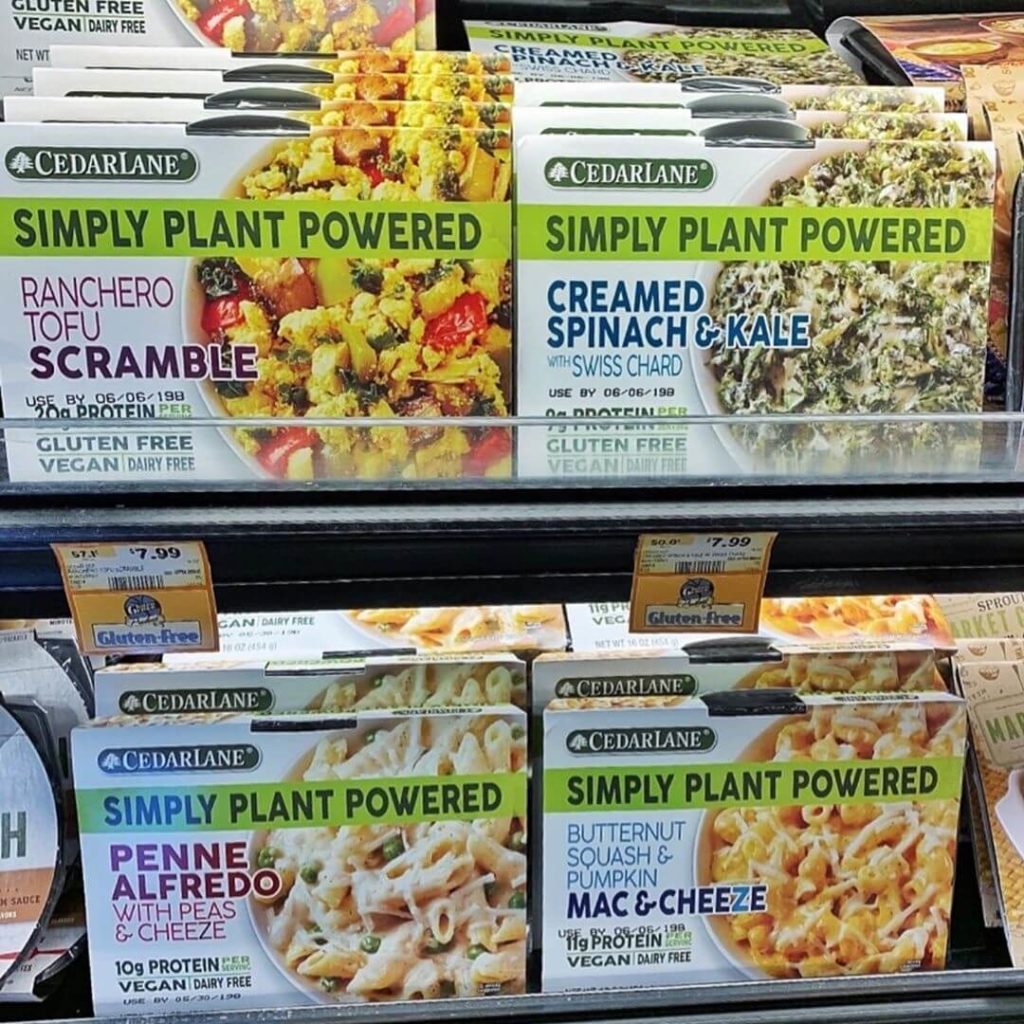 “Whether you’re looking for a Plant Powered Entree or nutritious vegetable side (or anything in between), we’ve got you covered,” says Cedarlane Foods on Instagram. | @cedarlanefoods

The company’s “Simply Plant Powered” line is a 100 percent vegan range of frozen ready-meals, including mac and cheese, penne alfredo, and tofu scramble, all rich in protein and with plenty of vegetables.

Sprouts Supermarket also has a history of promoting plant-based foods, and last year gave $10,000 to nonprofit Tampa Bay Farm2School – formerly Temple Terrace – to launch a vegan mobile kitchen for the education and empowerment of local youth.

“We’re so excited to bring plant-based nutrition and cooking lessons to students who are learning to grow fresh veggies,” said Elizabeth Leib, founder and director of Farm2School, in a statement. “We’re the only organization focused on plant-based cooking that sets up the kitchen in the physical space of school gardens so kids can make the connection between growing food and eating it.”

The grant was donated by the Sprouts Healthy Communities Foundation, which was formed in 2015 and says on its official website, “We focus on empowering individuals, especially children, to live healthier lives by supporting programs which teach nutrition education and increase access to fresh, nutritious food.”