The vegan tuna comes in three flavors – Naked in Water, Mediterranean, and Oil & Herbs – and is available in Whole Foods Market and online through Thrive Market this month. The brand aims to disrupt the $120 billion seafood industry with sustainable, plant-based protein.

What Is Vegan Tuna? 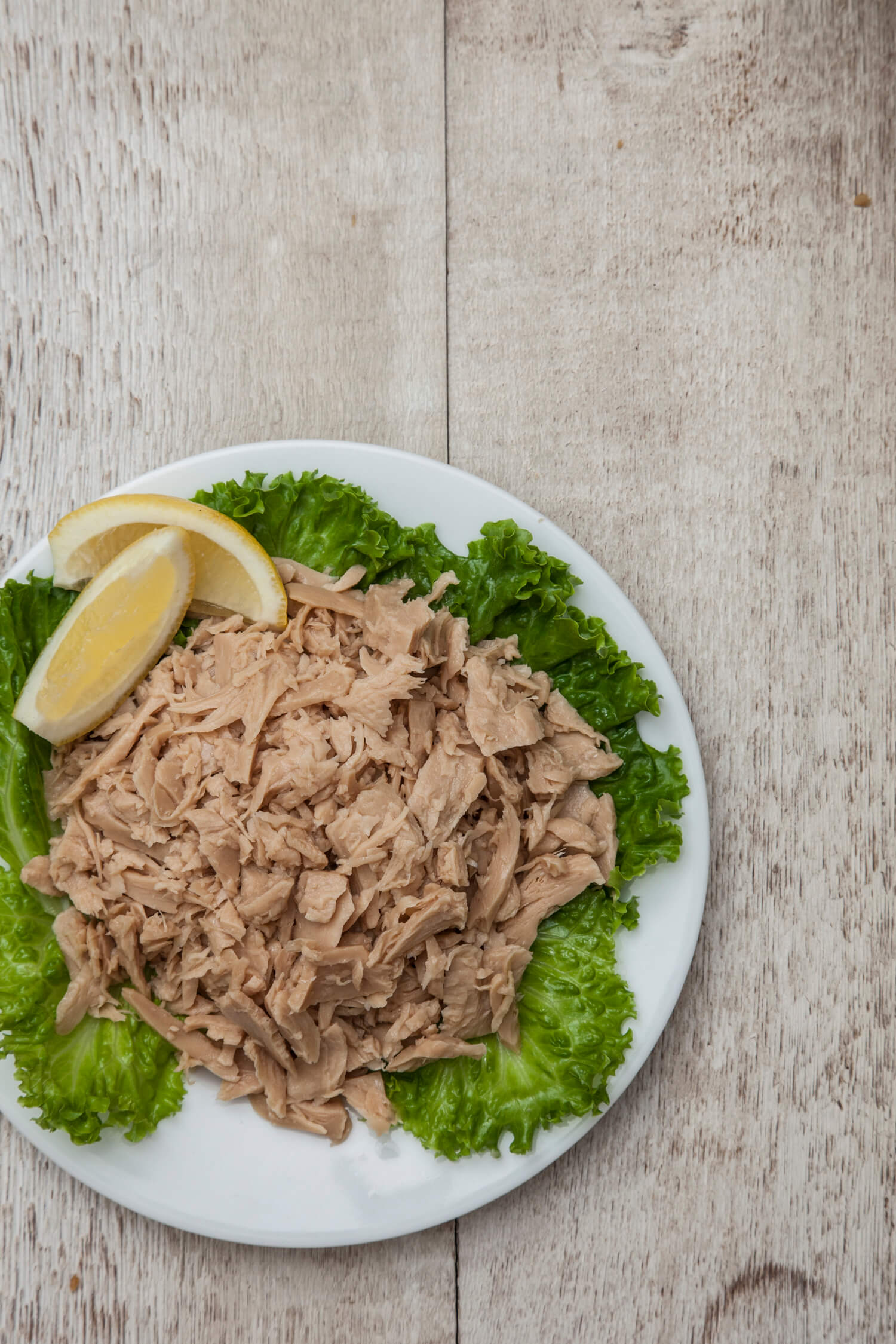 “We’ve created a true tuna texture and taste profile,” says Sarno. “Good Catch products are a one-to-one swap in any recipe that calls for tuna, and can be the centerpiece of any entrée, sandwich, chowder, or salad. Plant based Tuna is the culmination of our experience as plant- based chefs, combined with our passion for healthy eating as well as animal and environmental welfare. We’re redefining seafood for omnivores and plant-based eaters alike.”

“One of our biggest challenges was getting the right texture correct. Cooked fish, especially a tuna product has a distinct thin layering of protein, almost dry bite to it. We were laser focused to get this right before even digging into the taste,” says Sarno.

Good Catch’s tuna is made from a proprietary blend of six legumes: peas, chickpeas, soy, lentils, fava, and navy beans. One pouch contains 14 grams of protein compared to the 17 grams in StarKist’s Chunk Light Tuna in Water.

“One thing we pride ourselves on with this plant-based tuna is that we’re using real ingredients and real food—not synthetic flavors. We wanted freshness as the dominant smell and taste, so our focus was our plant-based tuna to have a fresh, ocean flavor,” says Sarno.

“Our products are high in protein and packed with healthy omega-3 fatty acids, which is what people look for in fish. Our tuna delivers all of what people like,” Sarno explains.

“After a ton of R&D, we found that when these legumes are blended in the right ratios, they render an amazing texture resembling the thin layers of protein, similar to cooked fish. The versatility of the product to be eaten in cold recipes such as a deli style tuna salad, to warm applications such as a plant-based curry, and plant-based linguini makes our Good Catch products such a versatile ingredient to get creative with,” he adds.

“We then add another star ingredient to lend its superb umami flavor––sea algae oil––rich in DHA, an essential omega-3 fatty acid,” says Sarno.

It’s that algae oil that the brand says makes it a true “sea” food. It has a texture true to the real thing.

It’s also gluten-free, non-GMO, and free from contaminants like mercury and ocean microplastics, both of which have been found in dangerous levels in some fish. The World Health Organization identified mercury in fish as a public health concern that may affect the development of fine motor skills, language, and memory in children exposed while in utero. 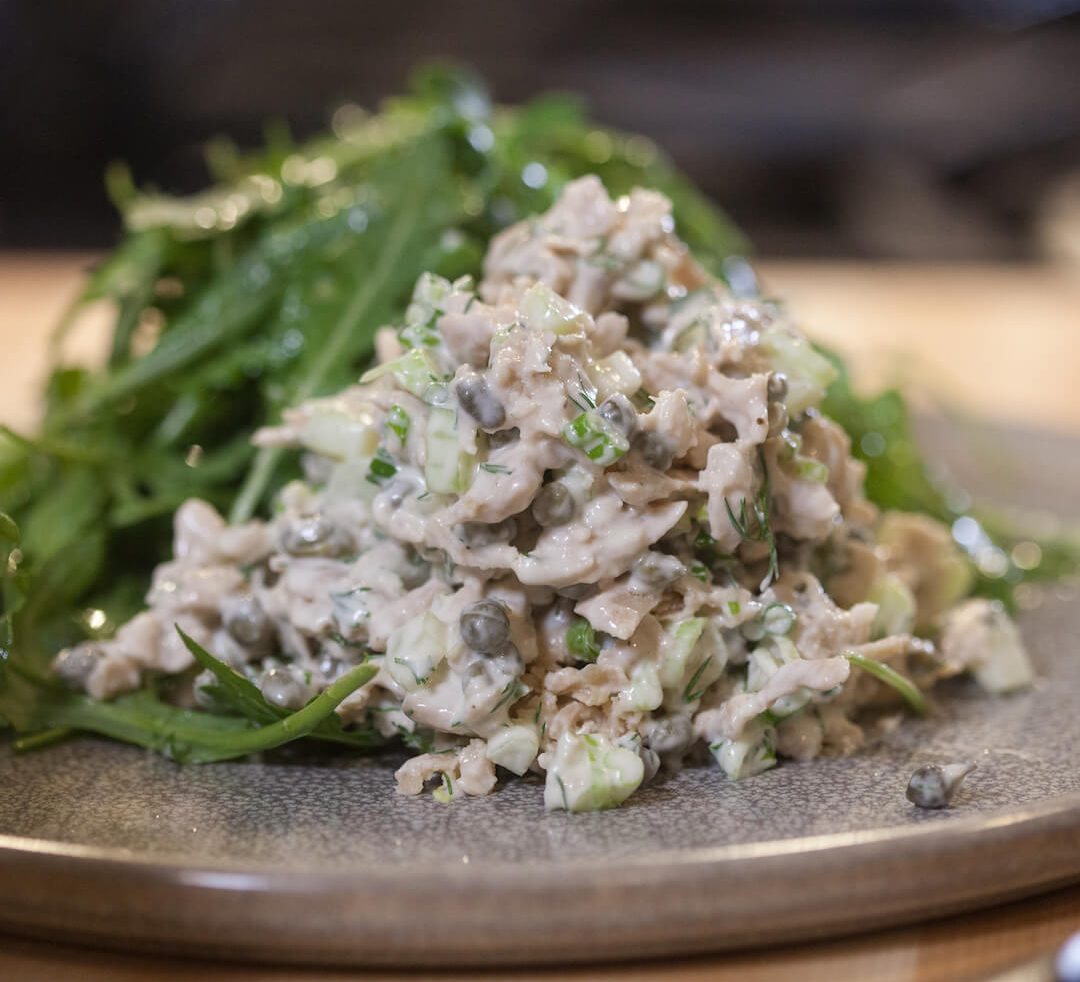 “The oceans certainly need our attention. Our goal was to create a product that has the same texture, flavor, and nutritional value as real tuna – without harming our oceans and sea life,” says Sarno. “We call it seafood without sacrifice.”

When canned tuna was introduced in the mid-20th century, it quickly overtook salmon as America’s favorite fish. Though its popularity has dipped in recent years, it is the second-most popular seafood in the U.S. behind shrimp. Americans eat an average of one million pounds of canned and pouched tuna per year. According to data from the Canned Food Alliance, StarKist Chunk Light Tuna in Water is the top-selling canned good in the country, with 91.6 million units sold in 2018.

“Innovation is driven by demand,” says Sarno. “And when it comes to food, I think demand is also driven by taste, convenience, and most importantly in my opinion—the impact opportunity.”

Canned tuna’s convenience helped make it popular, but it has consequences: the fishing industry has exploited and depleted 85 percent of global fish stocks. The BBC likens large areas of the Mediterranean and the North Sea to deserts due to bottom trawling, an industrial fishing method where a heavy net is dragged along the seafloor, catching everything in its path, including fish that aren’t the target.

“These massive nets also catch everything else, such as sea turtles, dolphins, many sharks and seabirds, which die as a result,” says Sarno. “Overexploitation of fishing resources is another huge issue. There has been a significant reduction in the populations of some species of fish.”

Taking Over the Tuna Aisle 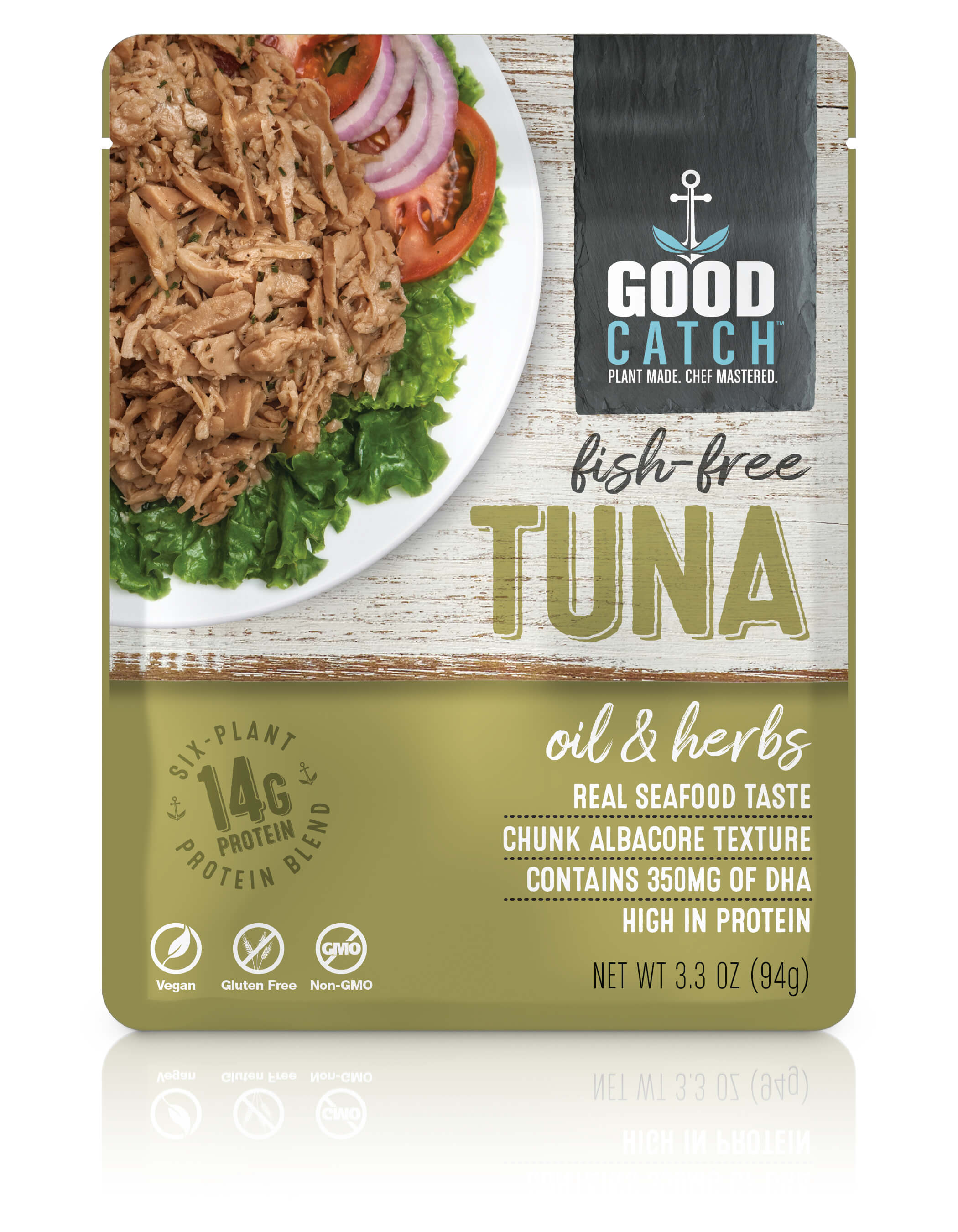 “Our mission is to disrupt the seafood category with delicious plant-based options,” said Good Catch co-founder and CEO Chris Kerr. “And give consumers everything like they like about seafood, but without the mercury poisoning.”

Good Catch aims to make an impact by staging its vegan tuna in the tuna aisle of Whole Foods Market – a move that places it front-and-center where traditional tuna buyers will find it.

Sarno also believes that Good Catch will have a positive impact on how people eat.

“Whether you’re eating our products for the taste, the nutritional benefits, allergy reasons, because you don’t like the smell of fish, or because you’re a die-hard activist like me, our products are really for everyone,” he says. “The great thing about our products is that you don’t have to be a chef to create a delicious meal.”

You can find Good Catch’s vegan tuna at Whole Foods locations nationally. It is also available online through Thrive Market, where it’s offered to club members at a 25 percent discount from regular retail prices.

The Recipe for the Perfect Vegan Deli-Tuna Salad 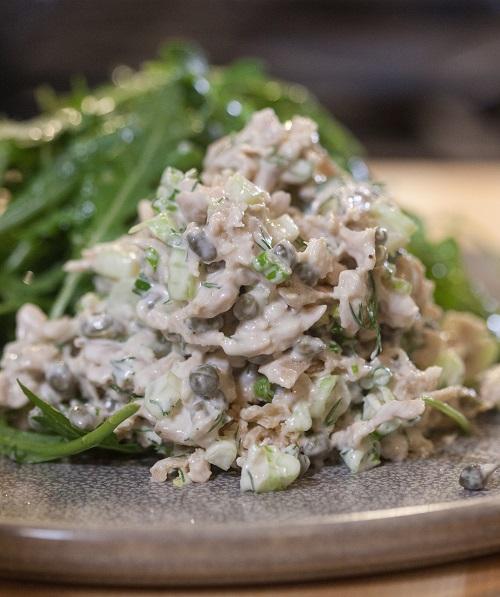 *Roll the lemon on the cutting board with a flat palm before slicing to loosen up the fibers and yield more juice.
* You can also serve this tuna salad on crackers, in a wrap or tuna melt with your favorite non-dairy cheese.