In the 1980s, tuna mayo was in the UK’s top five sandwich fillings. Forty-years-later and it’s still going strong as one of the nation’s favorite lunchtime options; it’s loved in pasta, on top of a jacket potato, and in salad dishes, too. It’s a firm staple on supermarket shelves and dinner tables up and down the country. But the UK’s insatiable appetite for tuna isn’t good for the oceans. Overfishing, bycatch, and entanglement are major issues in the industry. If you want to help the environment, but you’re reluctant to give up your lunchtime go-to, there might be a solution that keeps the oceans and your tastebuds happy: vegan tuna. 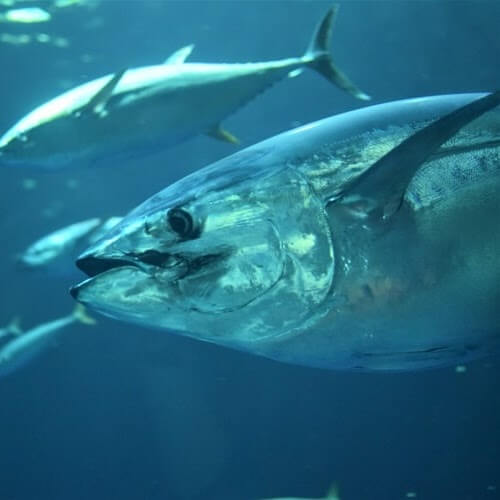 The demand for tuna fish is high in the UK and around the world.

Last year, a study published in Fisheries Research revealed that the number of tuna fish caught has increased by 1,000 percent in the last 60 years. Around the world, nearly six million metric tons of tuna were pulled from the ocean in 2018. “Everywhere tuna swim, they’re being pursued by industrial fisheries,” Shana Miller—the director of the Global Tuna Conservation Project—told National Public Radio (NPR).

We need to reduce the pressure on tuna, for the species themselves, and for other underwater creatures, too. Bycatch and entanglement are two of the biggest killers for whales and other cetaceans. The World Wildlife Fund (WWF) says, “entanglement in fishing gear is the leading threat for whales and dolphins around the globe—estimated to cause at least 300,000 deaths per year.”

Sharks are also at risk. “Sharks are apex predators,” Angie Coulter, the lead author of the study, told NPR. “They hold all these food chains together. If we’re removing these sharks [from the ecosystem], they really can’t catch up and will decline more and more.” 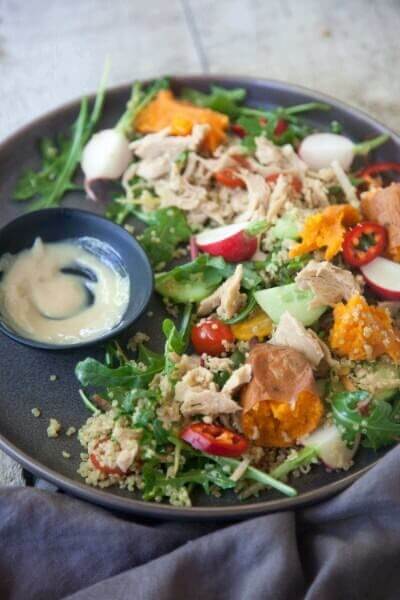 Good Catch’s plant-based tuna range, now available in Tesco stores across the UK, is 100 percent fish-free. Instead, it’s made with six different legumes: peas, chickpeas, lentils, soya, fava beans, and navy beans, plus a little seaweed and some algae extract to get that fishy flavor.

Founded by chef brothers Derek and Chad Sarno, Good Catch is the environmentally-friendly answer for tuna-lovers who aren’t ready to give up their favorite food. You don’t even have to be a whiz in the kitchen to create something tasty with Good Catch. It works as a direct substitute in meals where you would have ordinary tuna, like a pasta bake, a salad, a sandwich, or a baguette.

“One of the best things about our Good Catch products is that you don’t have to be a chef to create a delicious meal,” Derek says in a statement. “They’re a game-changing cupboard staple that can be eaten hot or cold and free from animal products.” 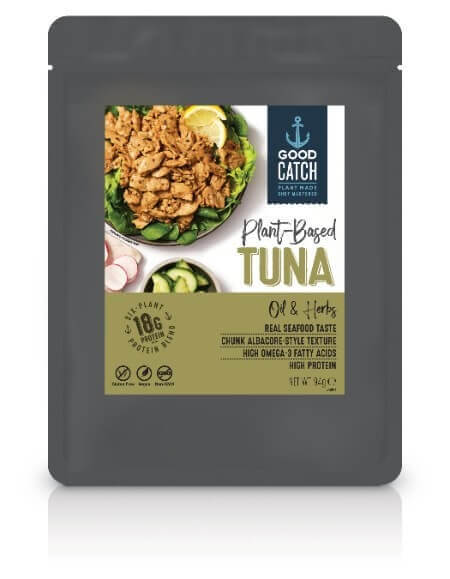 Why Create a Vegan Tuna Brand?

Derek says, “the single most important thing we can do for our planet is to eat more plant-based foods.” So why create a vegan tuna brand? Why not just encourage people to eat less fish? Because people don’t like to stray from their habits and their day-to-day rituals. And they shouldn’t have to.

“That’s why we got creative in the kitchen,” he continues. “[We] developed an everyday alternative that uses real ingredients and real food, so you can enjoy the taste and texture of seafood all while knowing that you’re helping protect the environment.”

Good Catch CEO Chris Kerr agrees. The vegan investor is on a mission to save one billion animals before he dies, and considering more than 300 million farmed fish are killed every day, vegan seafood is a good place to start.

As well as plant-based tuna, Good Catch will be offering vegan crab cakes, fish burgers, and fish cakes later this year. These alternatives are necessary to reduce pressure on the oceans, but they’re beneficial for humans too. 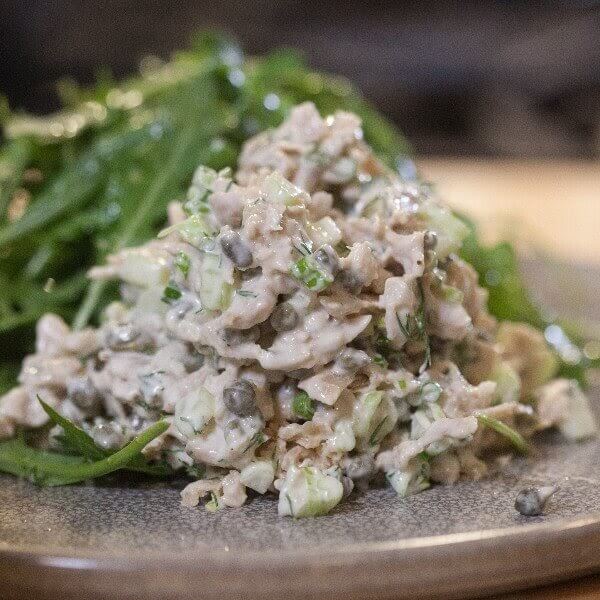 Tuna is high in mercury, which is harmful to human bodies if consumed in excess. This is why experts recommend that people don’t eat tuna more than two or three times a week.

“Fish get mercury from the water they live in,” Dr. Daniel Murrell writes for Healthline. “All types of fish contain some amount of mercury. Larger types of fish can have higher amounts of mercury because they prey on other fish that have mercury too.”

An odorless chemical element, mercury can interfere with the brain, as well as the nervous system. Mercury poisoning can lead to memory loss, vision loss, tremors, and numbness. It has also been linked with increased anxiety and depression.

“High amounts of mercury can lead to long-term and sometimes permanent neurological changes,” notes Murrell. “The dangers are especially notable in young children who are still developing.”

It’s not just mercury. Other pollutants are also found in fish. According to the Physicians Committee for Responsible Medicine (PCRM), harmful toxins like polychlorinated biphenyls, chlordane, dioxins, and dichlorodiphenyltrichloroethane can also be found in species of fish and shellfish.

The organization–which combines “the clout and expertise” of more than 12,000 physicians with 175,000 other members around the world–also maintains that while fish is a source of healthy omega-3s, like many other animal products, it also contains saturated fat and cholesterol, which can increase the risk of heart disease. Instead of fish, PCRM maintains people should opt for plant-based foods.

Kerr says, “our mission is to create delicious plant-based seafood options, giving people everything they like about seafood, but without the concerns about mercury and other pollutants, ocean harm or overfishing.”