Made from non-GMO soy protein, the vegan tuna is trans-fat and cholesterol free and contains 8-20 percent less sodium than conventional tuna products. The products are also gluten-free, with the tins containing just 40 calories per serving.

Loma Linda is one of the oldest sustainable plant-based brands in the U.S. — it began operations in 1890 to serve the Seventh Day Adventist community, which abstains from meat. Now one of the most recognized vegan meat and fish brands, the new line expands on its ready-made “heat and eat” meals. 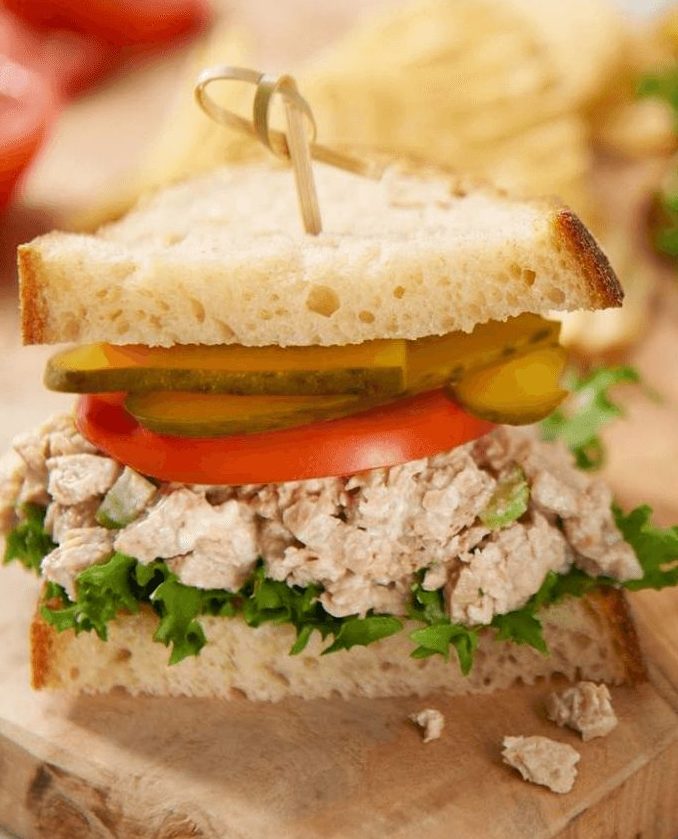 The brand also geared up for its launch in the UK earlier this year, following the development of the products by Loma Linda’s parent company All About Healthy Foods Holdings (AAHF) for the British market.

AAHF Chairman J. Douglas Hines commented, “As we continue our journey in food development, we are pleased with the enthusiastic consumer reception of our ready-to-eat meals, and we’re exceptionally bullish on our newest creation, Tuno.”

2018 was undoubtedly the year of vegan meat products. vegans, flexitarians and meat-eaters alike enjoyed a plethora of new options, from the Beyond Meat “Bleeding” Beyond Burger to Swedish brand ‘Oumph!’.

But could 2019 be the year for vegan fish products?

As well as Linda Loma, People for the Ethical Treatment of Animal (PETA) listed brands such as New Wave Foods and Ocean Hugger Foods as part of the vegan fish innovation movement.

Not only are supermarkets like Tesco stocking fish-less products, but vegan sushi is now available at Planet Organic. Founded by a father-daughter duo, Ima launched their vegan salmon sushi — made from carrots — at the UK’s largest certified organic supermarket earlier this month.

As well as the brand’s aim to combat overfishing, it is also the first sushi company to use 100 percent biodegradable packaging.

“We’re friends of the ocean,” said the company. “It makes sense for us at ima, because sushi comes from the ocean but plastic sushi containers and soy sauce tubs are polluting the ocean. We want to change this.”

TuNo is available at Walmart in the U.S. now.