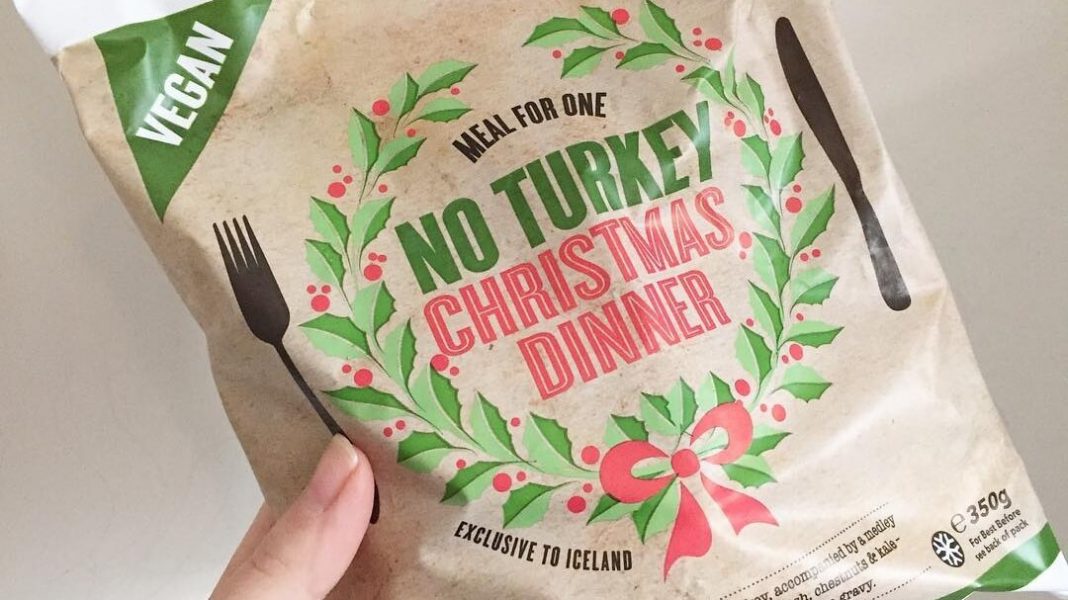 Major UK supermarket chain Iceland is launching a vegan No Turkey Christmas Dinner “for one.”

The mini vegan feast features plant-based turkey “accompanied by a medley of wild mushrooms, butternut squash, chestnuts & kale” and is served in a savoury sage and onion gravy.

This adds to the supermarket’s extensive range of plant-based products, aimed at vegans, vegetarians, and meat-eaters alike. Among its non-seasonal offerings is the No Bull burger, which has often outsold the supermarket’s wagyu beef since its April release.

Iceland recently made headlines for its controversial Christmas ad which illustrates the impact of unsustainable palm oil production on orangutans and their habitat. Created with Greenpeace, the ad was deemed “too political” for television screening and was banned from being broadcast. The first major UK supermarket to ban palm oil from its own-brand products, Iceland sparked interest in the issue. In just four days, the ad was viewed on YouTube more than three million times and a petition demanding it gets aired on TV now boasts more than a million signatures.

The nation’s largest supermarket chain Tesco is also spotlighting its vegan Christmas range in hopes that it will appeal to all consumers this festive season.

Last winter, Tesco appointed vegan chef Derek Sarno, creator of the “Wicked Kitchen” ready-meal range, as Director of Plant-Based Innovation. At the time, Sarno explained the importance of an appealing vegan Christmas range. He said, “Tesco’s Christmas campaign celebrates the many ways we come together at Christmas, and with the quality of vegetarian and vegan food now so good there may even be squabbles across the dinner table over who gets what.” This year, the range includes cauliflower wellington, butternut squash entrees, and vegetable-filled pastry rolls. 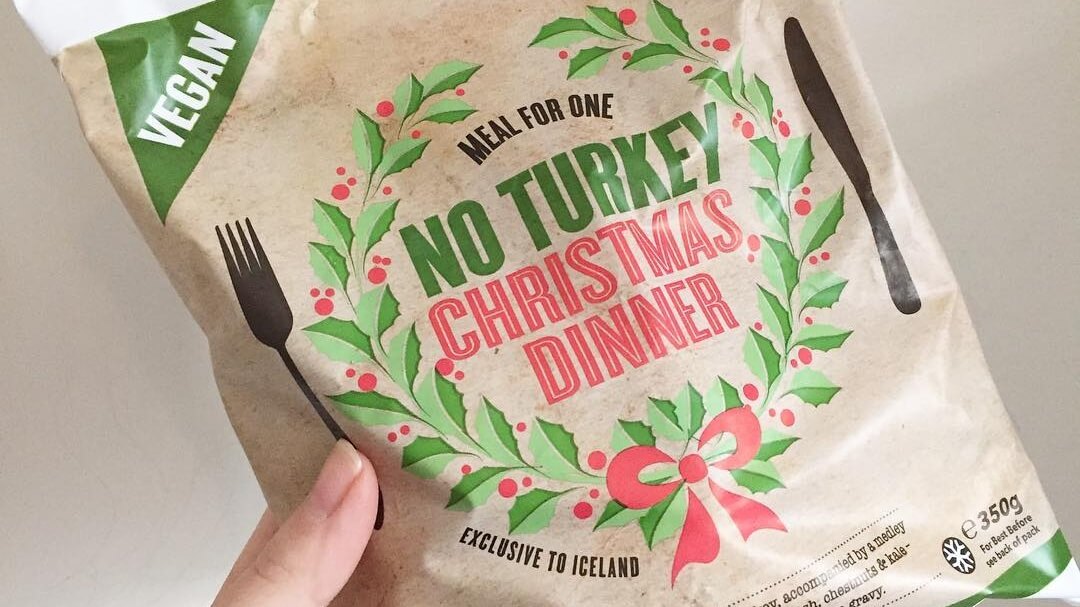