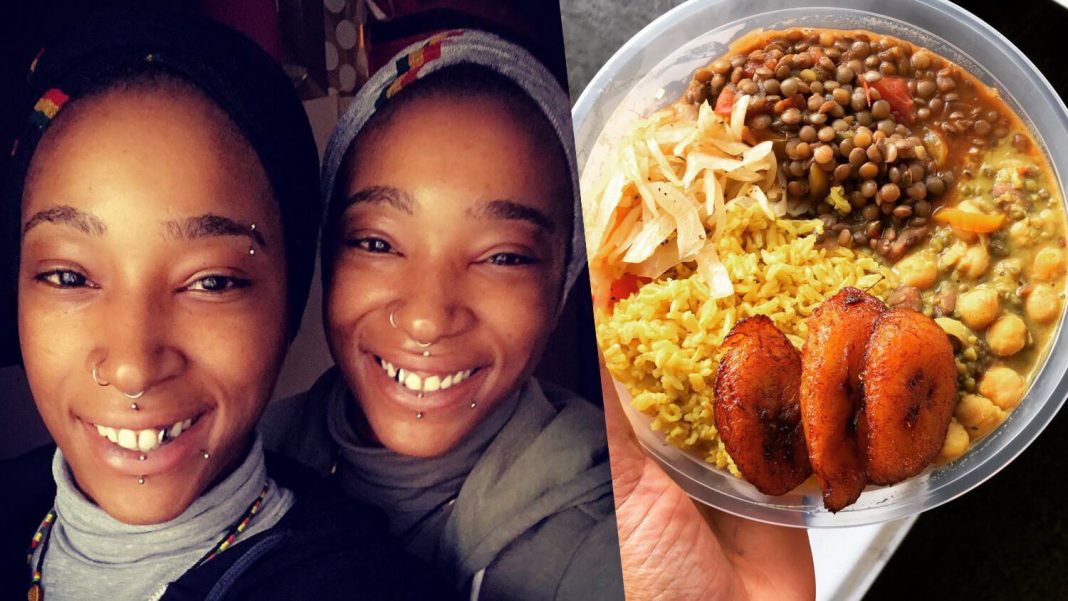 For four months now, the twins have traded at the Surrey Street Market, serving around 150 Croydon residents every week. Now, they are setting their sights on expansion. According to Your Local Guardian, the pair announced, “We aim to open the first Caribbean plant-based cafe in Croydon.”

The sisters are the brains behind Livity Plant Based Cuisine, a vegan and soy-free catering company. The pair offers plant-based twists on traditional Caribbean dishes as well as comfort foods such as mac ‘n’ cheese and banana bread; their signature dish is Curried Jackfruit, a plant-based recreation of Curried Goat.

As well as benefitting animals, individual health, and the planet with its plant-based offerings, the new eatery will also help local people “who struggle to secure employment.”

A post shared by Livity Plant Based Cuisine (@livityplantbasedcuisine) on Sep 4, 2018 at 6:23am PDT

The Shakur-Muhammads have an abundance of culinary expertise between them, both are professionally-trained chefs with experience in some of London’s top restaurants. They weren’t always plant-based fanatics, though, Kareema transitioned to a vegan diet after struggling with health issues, and her twin soon followed suit.

With their plant-based ventures, the twins are keen to remind people that plant-based eating is for everyone, not just for the white middle-classes. They recently shared a post via Instagram which said, “Please remember that before the term ‘vegan’ was coined in the 40’s, Rastafarians had an ethical plant-based movement well before then.”

They added in a caption, “Ethical plant-based living is in our DNA” before encouraging customers to “Learn each day to be a better you for yourself, the animals, the planet and your community. Create a safe place where no judgment can abide.”

A Go Fund Me page is already running to raise funds for the new Livity café.