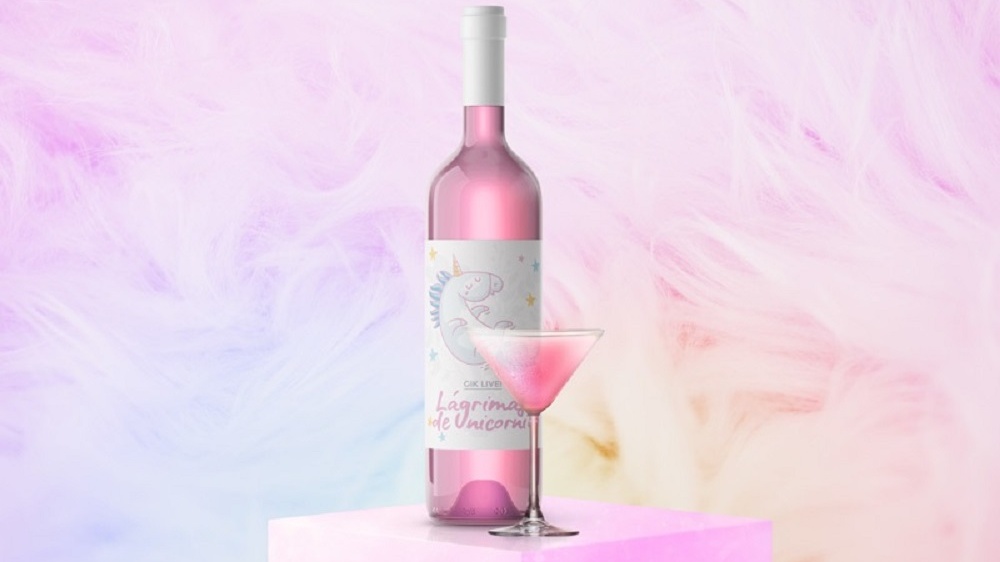 Literally called Unicorn Tears – in Spanish, Lágrimas de Unicornio – Gik describes the wine as an “authentic pink rosé that will add the magic touch to any party.” Apparently, it’s made from “real unicorn tears” through cruelty-free methods, which have a fruity, candy aroma and flavor.

The vegan-friendly pink wine was made by two oenologists – people who have dedicated time to studying the science of wine – in a small winery in Navarra, Spain. “It is well known that unicorn tears have the power to transform unexciting days into wonderful days,” says the website.

The pink side of life ?? #GikLive

Gik’s bottled Unicorn Tears rosé isn’t the first Instagram-worthy beverage launched by the winery. They’re the team behind the world’s first blue wine, which launched in 2015. The Spanish entrepreneurs teamed up with the University of the Basque Country and other food tech institutions to develop a special technology that alters wine pigmentation.

It gets the blue color through technological processes of wine pigmentation. This technology has been developed by the GIK LIVE R&D TEAM in collaboration with the University of the Basque Country and other Food Tech institutions from the Basque region of Spain and France. It’s said to have a light, citrus-y flavor with fruity notes.

You would think that fermented grape juice is vegan, but the filtration process known as “fining,” traditionally uses animal proteins like egg whites, milk, and isinglass – dried fish bladders.

Getting animal ingredients out of wine is one of the primary missions of BevVeg, a global law firm that helps companies switch to vegan-friendly fining agents, like clay, and offers certification for labels.

Wineries typically don’t disclose these ingredients on the label, but increasingly, more brands are putting “vegan” on the label in response to increased demand. It’s that demand that promoted Org de Rac, an organic wine farm in South Africa’s Western Cape, to go vegan.

“Having kept a keen eye on the local and international wine market, there can be no doubting the enormous rise in veganism as a way of life, especially among the so-called millennial crowd,” Frank Mellar, the brand’s cellar master, told Business Insider.