According to the website, Goldfarb’s great grandparents emigrated to New York City from Romania and opened a chain of delis. She moved to California in 2011, where she shifted to a vegan diet, but the love for deli meat never left. Her passion led her to develop her vegan corned beef.

She added: “A dream come true for our little startup & the sweetest creatures we know 🐮xo.” 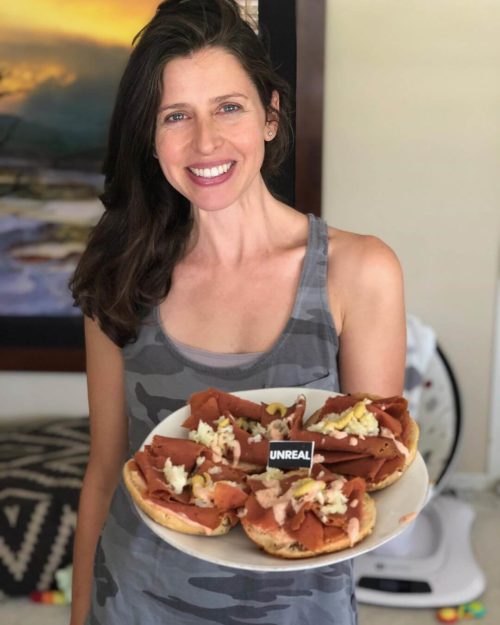 Goldfarb prizes her vegan corned beef’s authenticity. According to the website, customers say that it tastes just as good, if not better, than the real thing. But it’s free from components found in traditional corned beef, like cholesterol, nitrates, and the environmental impact.

Animal agriculture is one of the largest sources of greenhouse gas emissions; the United Nation’s Intergovernmental Panel on Climate Change (IPCC), the world needs make a drastic shift toward a more plant-forward diet. “The consumption of healthy and sustainable diets, such as those based on coarse grains, pulses, and vegetables, and nuts and seeds … presents major opportunities for reducing greenhouse gas emissions,” the report noted.