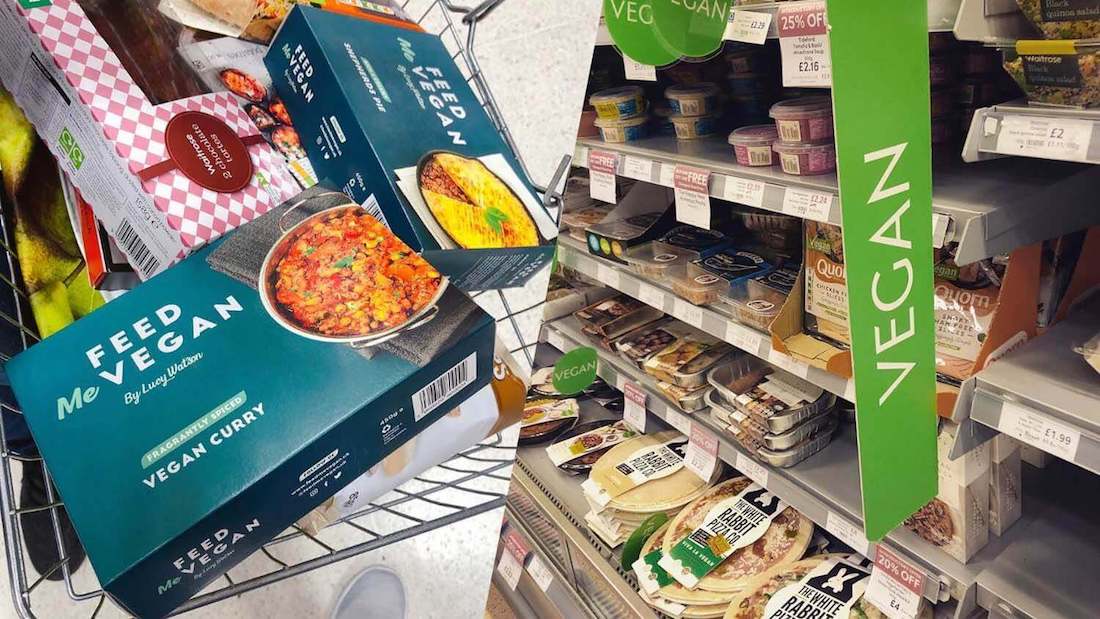 Sales of vegan and vegetarian food have surged in the last year at UK supermarket Waitrose & Partners.

Back in June, the chain revealed that vegan and vegetarian product sales had risen by 34 percent since last year. Now, just four months later, the chain has reported an 85 percent increase.

“The growing appetite for meat-free dishes has been reflected throughout the year with rising sales of vegan and vegetarian products, as well as the introduction of exciting and delicious new products to the foodie market,” said vegan and vegetarian food buyer for the chain Chloe Graves in a statement.

Across the UK, people are increasingly concerned about the impact of meat and dairy products on their health, the environment, and the animals.

One recent study, conducted by research and training charity IGD, revealed that over half of UK shoppers are either already following or are interested in following a vegan, vegetarian, or flexitarian diet. For the younger generations, the statistic is even higher, with two out of three noting that they had either reduced their animal product intake or completely removed meat from their diet.

To celebrate this surge in popularity of plant-based products, Waitrose launched a new own-brand range of vegan and veggie products earlier this month, which includes four different types of vegan pizza, mac and cheese, carbonara, and paella. “The innovative dishes include complete meals for a quick and easy dinner, as well as staple side dishes, each proving that a vegan or veggie meal doesn’t have to compromise on flavour,” Graves noted.

The new range builds on Waitrose’ pre-existing wide-selection of products from vegan and veggie brands such as the Happy Pear and the Vegetarian Butcher. Earlier this year, the supermarket even became the first in the UK to launch its own exclusively vegan section.

Waitrose isn’t the only UK supermarket to experience a surge in vegan and vegetarian food sales. Back in June, Sainsbury’s revealed its meat-free product sales figures were up by 20 percent, and in August, Asda partially credited its sales spike to vegan food as well.