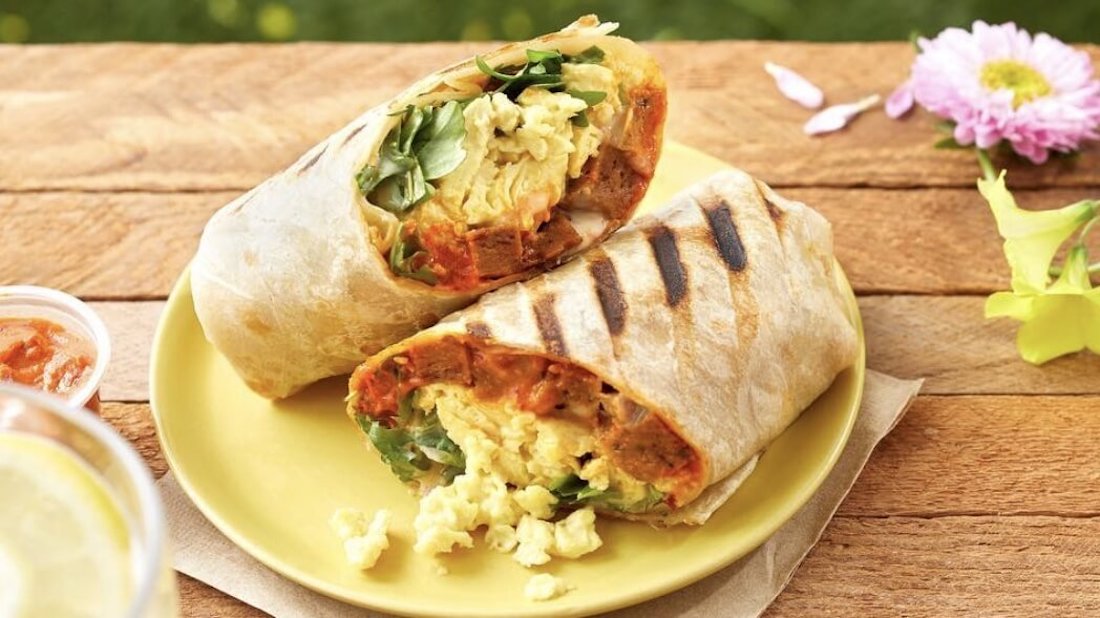 JUST (formerly Hampton Creek), has been slowly rolling out its vegan egg product. Just Scramble first debuted at restaurants in the Bay Area near the company’s headquarters. It then launched in Hong Kong at the Green Common where it quickly became one of the chain’s best selling items in Asian-inspired dishes such as the Teriyaki Bowl.

It’s now going to be available at all Veggie Grill locations across the U.S. Veggie Grill has become a favorite launch pad for vegan brands. Following a trial at two of its California locations, all of the 30-plus restaurants now serve the vegan “Wunderbrat,” the Beyond Meat Bratwurst Sausage, served “on a Pretzilla bun with Sierra Nevada vegan cheese sauce, caramelized onions, mustard, pickled red cabbage, and crispy fries.” Veggie Grill was also the first to roll out Beyond Meat’s Beyond Burger shortly after it launched in 2016. 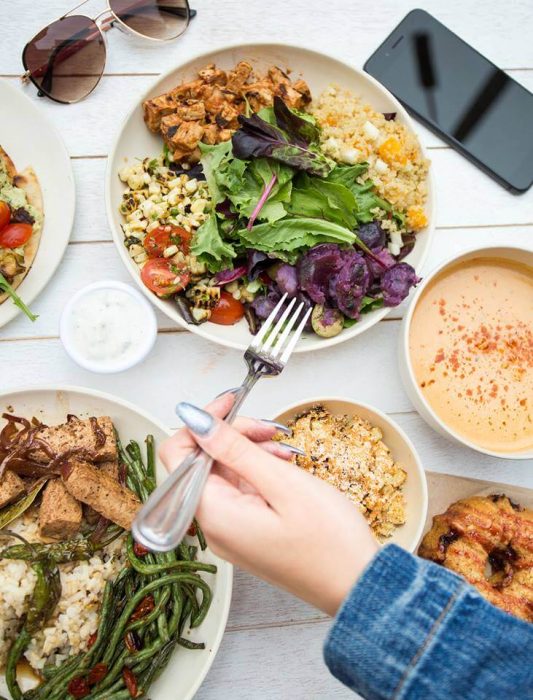 The Just Egg scrambles, tastes, and looks just like a chicken egg but is made predominantly from the mung beans. JUST discovered the bean’s ability to perform like an egg through its extensive plant library that hosts plant species from more than fifty countries. Researchers and robots in the San Francisco startup’s state-of-the-art lab are able to identify various properties in these species, such as the ability to emulsify or scramble.

Veggie Grill isn’t just focused on offering the most sustainable food choices. It’s also removing plastic takeaway items, a representative for the chain told LIVEKINDLY via email.“Elevating Veggie Grill’s mission to provide diners with quality, chef-driven food options that are better for you and better for the environment, the restaurant is introducing new paper straws, bamboo plate ware, and compostable, recyclable take-out containers in an effort to reduce their impact on the environment.”