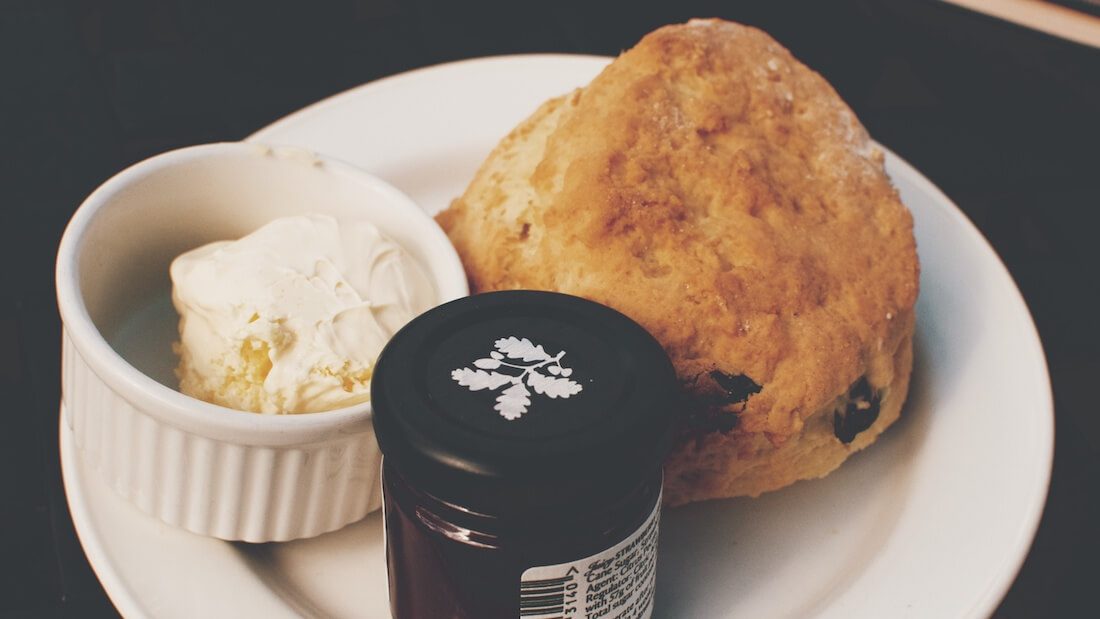 Growing up with British heritage meant that tea time was a prominent feature of each day. In my grandparents’ quaint English village home, tea was not merely a ritual, but rather a religion. Punctuality and precision were two highly valued attributes. Thus, tea was served on the dot at three ‘o’clock with two splashes of milk and one teaspoonful of sugar, no more, no less.

As a young child with my mother’s American free-spirit, I understand neither the exacting nature of tea time, nor my English family’s passion for the bittersweet drink. Instead, with the whistle of the tea kettle and the clamor of dainty teacups, my heart fluttered in anticipation of our tea’s sweet accompaniments. Chocolate-coated biscuits, orange-flavored tea cakes, and other tempting nibbles were characteristically served as a snack alongside tea. Yet my favorite rendition of tea has always been “cream tea,” which is traditionally composed of a pot of tea with milk and sugar alongside scrumptious scones, jam, and clotted cream. As an adult, my love of tea has increased exponentially to perhaps the level of an average Brit as I’ve begun to drink tea my own free-spirited way: Earl Grey, veganized, and consumed at any time of day.

Below is my favorite recipe for Vegan Walnut and Date Scones, which are perfect for a light breakfast or for cream tea. 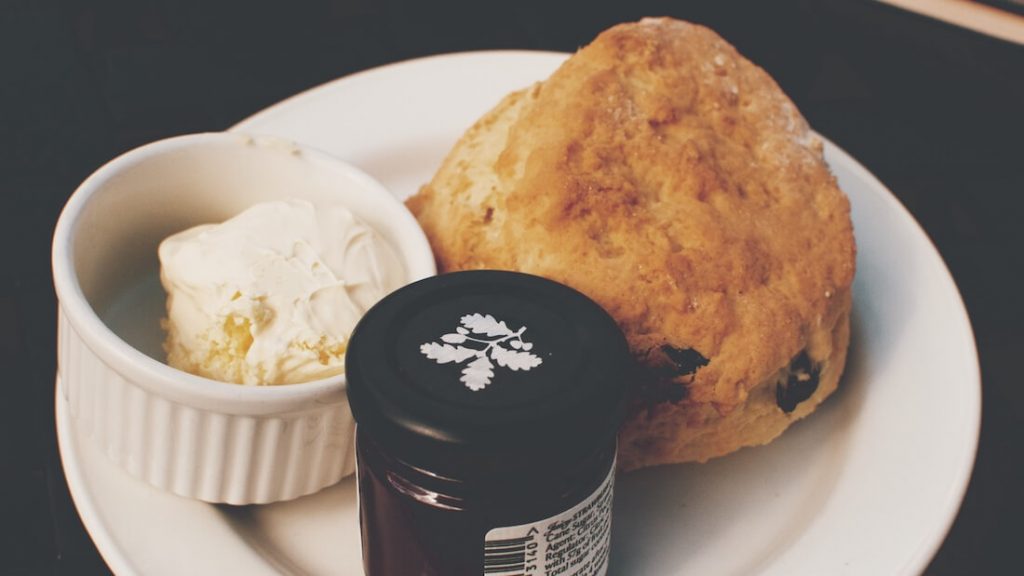 This recipe was republished with permission from Lacey Gibson.